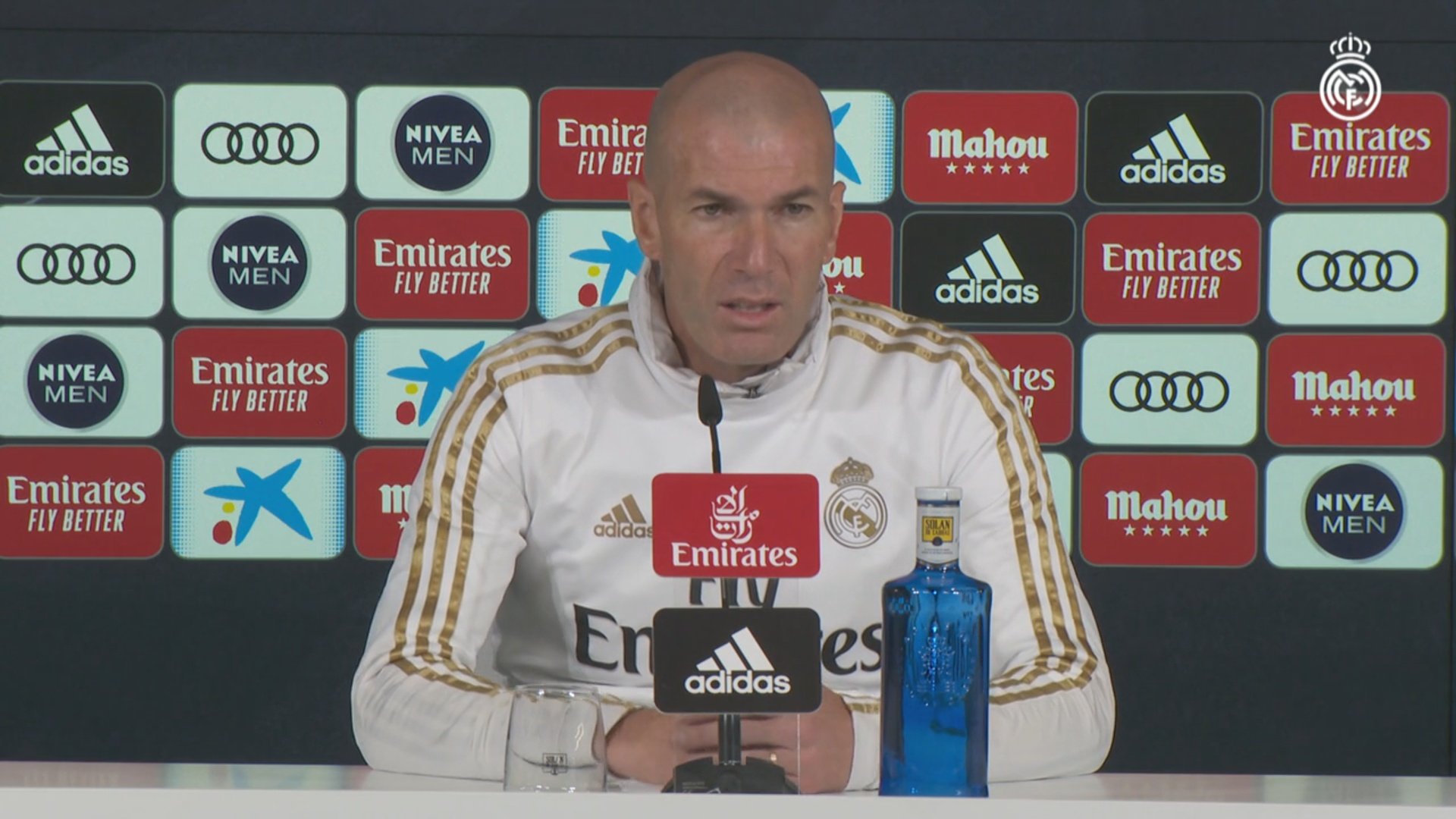 Zinedine Zidane was back in front of the media on Saturday for another press conference as he sat down to discuss this weekend’s LaLiga trip to Valladolid (Sunday, 21:00 CET).

Our managed was asked about a range of subjects, and here’s what he had to say:

“We’re in good form and want to keep on doing what we’re doing. We’ve got a game every three days and have to always perform to our best. It’ll be the same again tomorrow. It’ll be tough, we face a side that have lost just once at home. We’ll see how we fare tomorrow.

“Every team looks to win and each one chooses how they go about that. We’ve got our own system, just as every other team does. I’m not going to talk about what other teams do. We want to keep doing what we’re doing, whilst being aware that every game is different. We need to focus on producing a good performance tomorrow. I try to give 100% every day and that’s the same for the players. We’re in good form. The most important thing is tomorrow’s game and what we do against Valladolid.”

“He scored two goals the other day, but I’m not surprised that he gets in the box because he’s a player who’s capable of getting into those positions, as he did against Sevilla. He’s an important player and is proving that. We’ve got 25 players and all of them need to feel as if they’re important in a good number of games. We’re playing every three days and need all of them.”

“I can’t say when he’ll be back because he’s just starting to kick the ball again. He’s virtually not in any pain at all now and from Monday he’ll work alone and spend more time with the ball. He’ll gradually improve and I hope he’ll be back with the group soon because that’ll do him the world of good from a mental point of view. It’s extremely difficult to say when he’ll be back, but we’re happy with how he’s progressing and I hope to have him back soon.”

“We want him to be available, which is the most important thing for him and us. He hurt his ankle the other day and he’s the main one who’s not happy. It’s nothing major and I hope to see him back with us after the Valladolid game. He wants to be back with us and playing. I’m always worried when a player is injured. I don’t like it and they’re the main ones to suffer. I’d rather have all 25 of them available and to have the headache of deciding who to play. He’s sprained his ankle and that’s good news.

“Bale always wants to be available and with the team. It’s just a three-day thing and that’s good news for everyone. He scored the other day and I’ll always defend my players. There’s a good vibe here and every single players want to do the best they possible can for the Real Madrid crest. I don’t think things are all that bad. He’s had injuries and you can’t do anything about them. Let’s hope that, moving forward, he has better availability and with game time, he’ll pick up the team’s positive vibe.”

He’s 19 and you’ve got to be careful with him. He has to be ambitious and we can’t control that. We’ve got a 25-man squad and when he’s not involved that’s because there’s someone else. He’s a player who at any other club would get more minutes, but we’re happy with how he’s doing here. It’s my job to make those decisions.”

“He asked me to leave. We spoke about it and reached the decision together, along with the club. He’s over there and I hope that it all works out well and that he gets the game time. He’s a fantastic player, who hasn’t played much here, but we’re counting on him. He’s a Madrid player and he’ll get his chance. He’s there for the time being and I hope he gets to make a lot of appearances.”

“I speak to all of my players and each one of them knows their situation and it’s then down to the player to decide. If I need to tell them something, I do so. They’re here now and I’m going to count of them when the chance arises. Things just happen naturally. It’s a decision between the club, the coach and the player.”

“I’m currently at Real Madrid and am really happy here. I’ve got a lot of work to do and we’re all trying to do a good job. I’m focused solely on tomorrow’s game. I’m always interested in improving and developing as a coach. I’m working in something I love. I was a player for many years and that’s different, but it’s a role that I really like. If the team performs well, I’m doing a great job and vice versa. That’s why I’m not bothered about what people say and focus just on working with my players to be competitive and consistent in our performances. We have to continue on in this vein and if we don’t, you’ll criticize me again.”

10th injury of the season — Isco the next one

Casemiro responds to Messi: “Those with a mouth can say what they want”

Messi’s departure is opening the door for Madrid to dominate