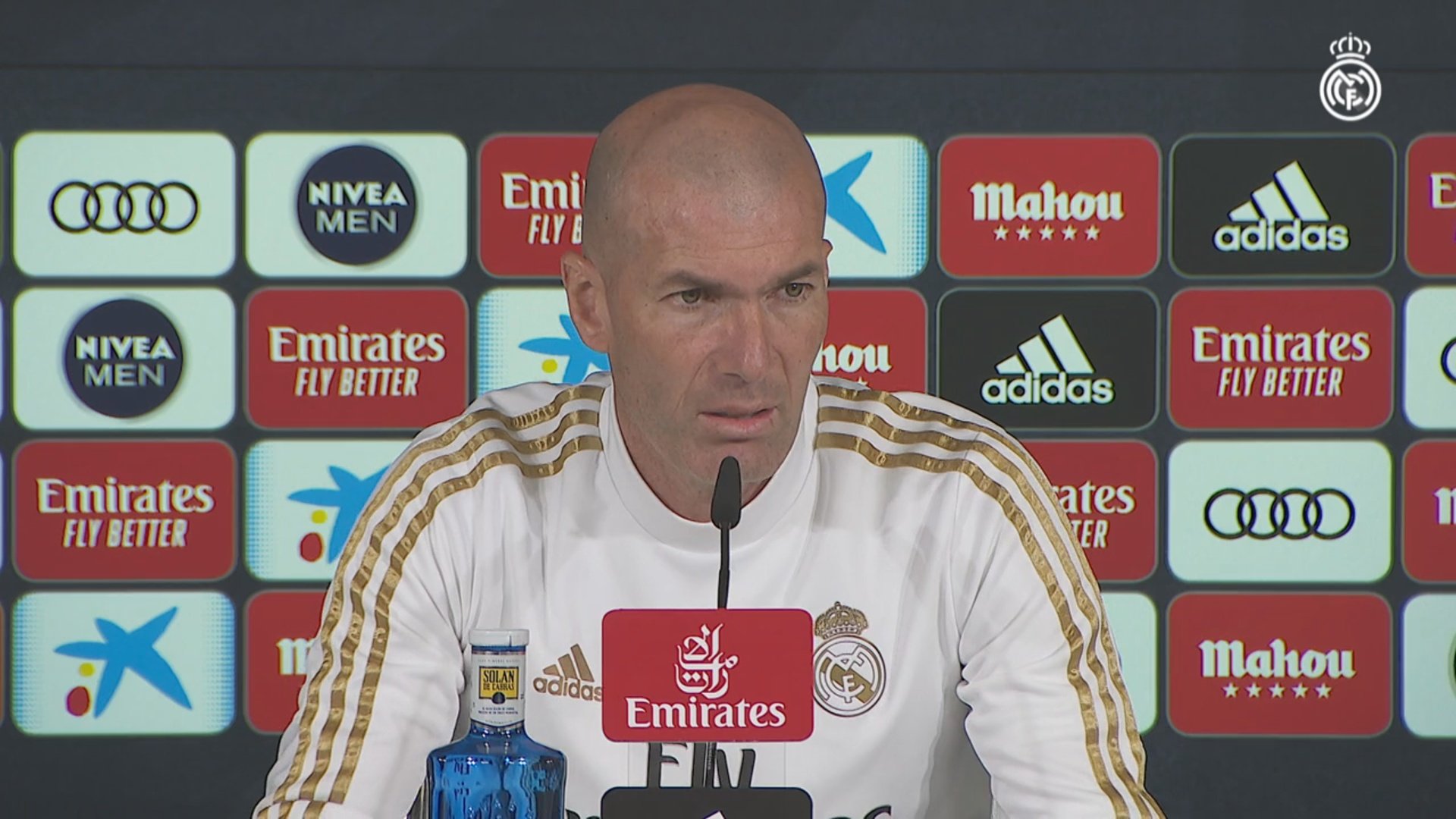 Zinedine Zidane sat down in front of the media on Friday for another press conference, this time to preview Real Madrid’s LaLiga match against Levante, which takes place at Ciudad de Valencia on Saturday (21:00 CET).

Here, you can read everything that he had to tell reporters…

“Of the 29 points Levante have, 20 have come at home. That shows the kind of game we’re in for, it’s going to be tough. We’ll have to be ready to produce a good performance. We have to be focused on our efforts day to day, and give 100% because that’s the only thing you’re able to control, it goes for everyone. You can give 100% in your life, we have control over giving it everything we’ve got out on the pitch. What’s going to happen tomorrow? You don’t know, and neither do I. As ever, March and April is where you’ve got everything to play for, but I’m not thinking beyond tomorrow. Really.”

“The most important thing for us is the work we do on a day-to-day basis. We know every day counts. It’s the here and now. Like the final training session ahead of tomorrow’s game. That’s what we’re focused on, tomorrow against Levante away from home. That’s the only thing on our minds. We know the most difficult part is yet to come and every game will be harder because we’re heading into the business end of the season. We know what we’re playing for and the points are up for grabs. We know we can keep improving.”

“Of course. If he wants to, I’ll support him. It’s a beautiful thing to play for your country, and with the type of player he is and all he’s achieved, it’s fantastic that he wants to go and play for his nation. We talk about the World Cup and the Euros, but the Olympic Games are all sports coming together and it’s an amazing experience. I’ve spoken to players who have been and they talk about how wonderful it as, so I understand why a player, at 34 years of age, would like to go to the Olympic Games. I would have liked to go as well, but it’s a bit late for me.”

“The key thing is that Sergio is our captain, our leader, our reference point. Whether he can play or not, it’s of no interest to me or anyone else to have him on the bench. He has to play, although I have to make the decisions. My answer would be that Sergio Ramos is our captain and is hugely important for us. For the madridistas, the players, and all he represents for us. I always want Sergio Ramos on my side. Always with us, and he looks in great shape. I was a substitute as well, but only three or four times.”

“All my players are important. I live by my ideas and we always say we die by them too, even when things are going badly. I live by mine and that will always be the way. What I do is a real passion for me, not everyone can say that. So many people work because they have to in order to live, but they don’t like it. Football is my passion and I give it 100% every day, although I may make mistakes. I give it my all because this could all come to an end tomorrow, especially here.”

“He’s been training intensively for two or three weeks, doing the whole lot: fitness, technical elements… He’s ready and in the closing stretch of the season, he wants to be with us and playing games. He’s well prepared.”

“I want to give 100% of myself as a coach every single day, that’s it. That’s all I’m interested in. Every player knows it before they step out on to the pitch, but they have to play without thinking about what might happen. The key thing is just to play, and for the players to be prepared to give one hundred per cent as they always do.”

“I’m not concerned. The goals we’ve conceded mean we’ve not been quite as good in the last three games. We shouldn’t take risks defensively because when we have the ball we’ve got so many resources and countless chances to hurt the opposition. We have to improve in that regard. When you don’t have the ball, every player has to defend. Anyone can talk about defence, but the key thing for me is, when we don’t have the ball, everyone has to work to win it back as quickly as possible. I think every player needs to do their job defensively, and if they’re committed to winning it back, the rest comes easily.”

“He hasn’t been in the squad for the last three games. But we know he’s a crucial player for us and when everyone is fit, I still have to pick a squad. We’re happy but I don’t like to talk about it, because he’s 18 years old and he’s shown how good he is, and that he deserves to be here. It’s difficult.”

When are Real Madrid’s international stars in action?