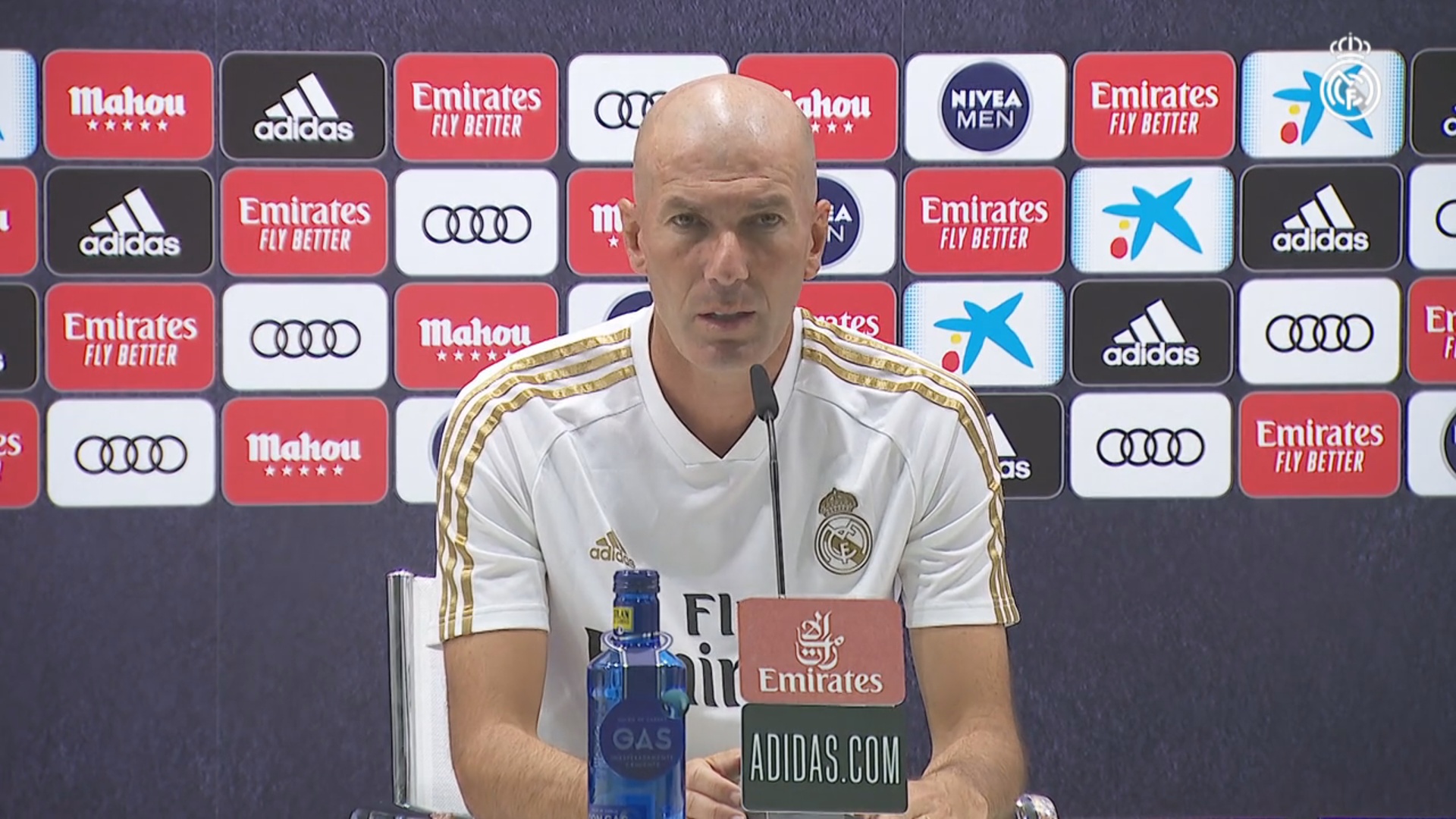 Zinedine Zidane was back in front of the media on Thursday for another online press conference to preview Real Madrid’s LaLiga match against Deportivo Alavés, which takes place on Friday night (22:00 CET) at the Alfredo Di Stéfano Stadium.

“The game will be a tough one simply because of the situation the opposition are in and because the matches aren’t at all easy. We’re ready to try and continue to do what we’re doing, what we’ve been showing and tomorrow’s game against Alavés will be really tough, but we want to get out there and play.

“We haven’t won anything yet. There are four games to go, it’s another cup final and I’m sorry to always be repeating the same thing because I myself get tired of it too, but it’s true. We haven’t won anything yet and, as a team, we want to keep doing what we’re doing. It’ll be tough again tomorrow night. We’re not going to talk about what’ll happen. What I can tell you is going to happen is that we’ve got a game tomorrow. We’ve got a really tough match, it’s another cup final, there are four games to go and that’s what’s driving us all on.”

“We haven’t got any choice, we didn’t put the calendar together. We’ve got four massive games. We’re on a run where we want to finish the season on a high and we’re now focused on tomorrow night’s game. We’ll have to see what happens in the one after that. We can’t change the calendar and we’ll have to carry on and play until the end.”

“He’s just got some discomfort, it’s not a relapse and he trained with us as usual. I hope that Hazard is with us for the four remaining games and then the Champions League. He wants to be involved and isn’t fearful. He feels a bit of discomfort from time to time. What’s more, there are people here with me who know far more than I do and they explain and let me know what’s happening. In the scan, the image was clear, it was perfect. He sometimes has some discomfort and that’s to be expected after a game or a tough training session and there’s no problem there. He wants to help the team and that’s a good thing. Indeed, he’s going to be with us tomorrow.”

“Asensio is fine. But, as always, it was a long-term injury and you’ve got to take things slowly. He’s training regularly and that’s all I can say. We’re always thinking about the games coming up and that we’re playing every two or three days and so you’ve got to take things slowly with all of the players who’ve had long-term injuries. He’s happy and is in good shape.”

“I hope that the situation soon changes and that he’s back with us soon. It’s true that he’s not very happy with what’s happened and the injury he’s had, but it doesn’t change anything in terms of him as a player. He’s a striker who scores a lot of goals and it’s true that he hasn’t featured much, but he’s young and we’re counting on him for next season, before you start discussing things relating to the players. We’ll see what happens next season. This year he’s had some minor issues that have prevented him from being with us, but it doesn’t change anything at all as a player, he’s a good player.”

“Marcelo has had a very minor injury and that’s why he didn’t train with us this morning. We’ll have to see how he gets on in the coming days because he’ll have a scan tomorrow, but, as always, I’m not going to tell you who’s going to play there.”

“You’re aware what happened because I explained it and that’s all there is to it. What’s going on is something I have to speak about with him or he has to speak to me. It’ll remain internal. You’ll see the squad list and I don’t want to talk about these things. All of the players are here to train, to give their all and keep doing what we’re doing.”

“That’s a very good question. The only thing is that I’m afraid that I can’t tell you about things that go on and that we discuss internally. You’ve just mentioned four players whose contracts are up, but the discussions are between the club and the players and they remain private.”

Perez, Pogba y Problems: Why Real Madrid is in need of fine-tuning, and an aura