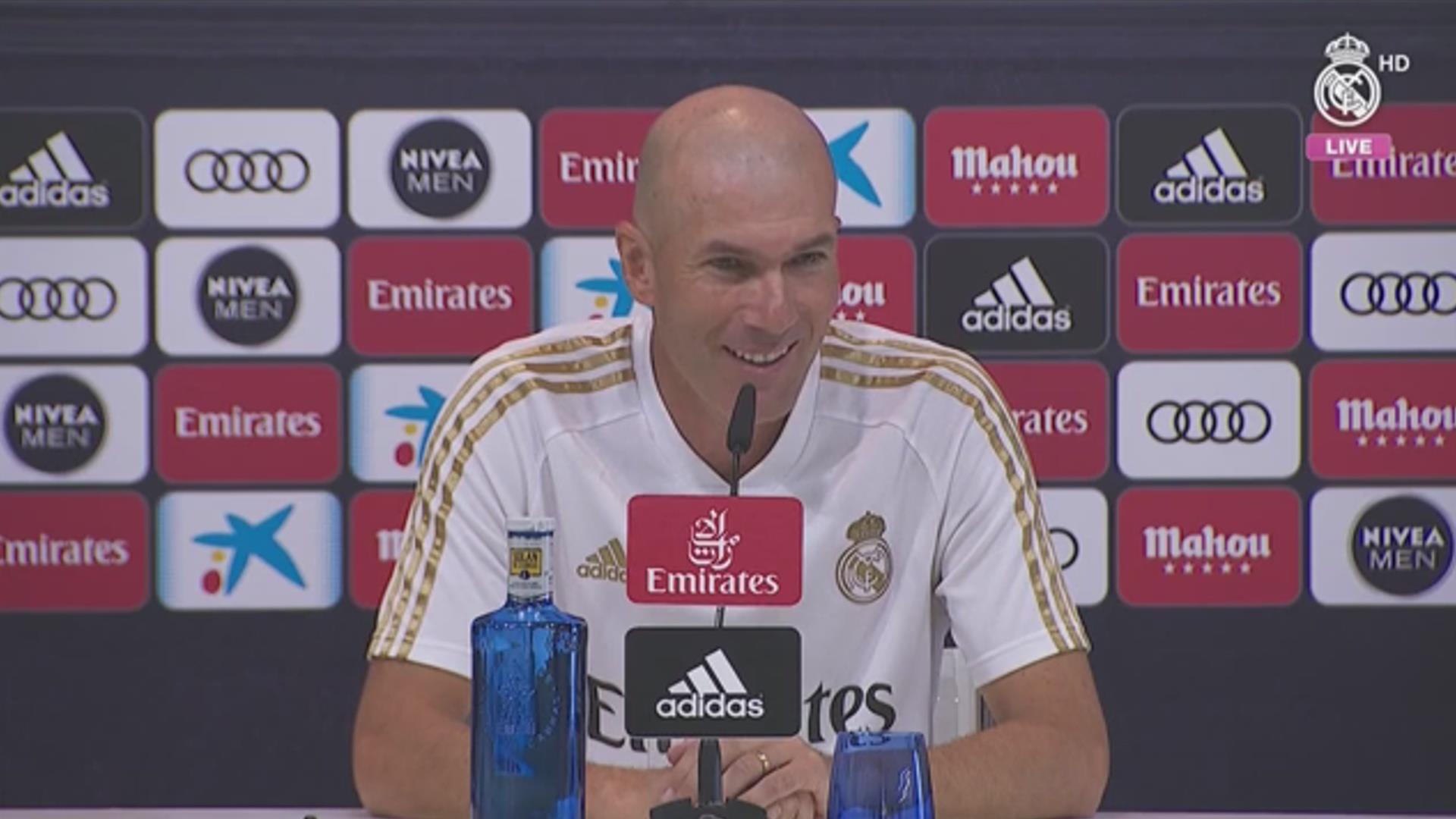 Real Madrid manager Zinedine Zidane spoke to the press on Friday at Real Madrid City as he previewed the first fixture of the 2019/20 LaLiga season. The Whites will travel to Vigo to play against Celta at the Balaídos on Saturday afternoon (17:00 CEST).

Los Blancos endured a difficult pre-season and faced plenty of criticism but the French coach insists that the squad is ready to face the challenges that the new campaign presents and he’s happy with the players he has at his disposal.

“For us the good thing is that we want to start and here we are. We’ve had our last training session and when I think about the game tomorrow, we want to get this league started. We’re ready and very happy to begin this new campaign.”

“These are things I don’t control, it’s a bit difficult to accept of course, but we’ll see what happens. We’re gonna wait until the last minute for this decision, we are going to prepare for things to include that change. It’s not normal but that’s all we can do.”

CHANGES TO THE SQUAD

“I’m happy with the players I got, I’m just focused on tomorrow’s game, both me and the players, and nothing else. We’re ready, we want to compete and play a good game. That’s what we’re interested in. I’ve got the best players, I have no doubt about that, I always said that and I will always defend them, this is what I believe in. I’m happy with my squad, we’ve all sat down and spoke about this, and this is what we have, I’m excited and ready to work with these players.”

“James is in form, he’s fit and we’re happy to have him in the squad. I have a big squad, I’m gonna use all of them, and everyone is happy to be here.”

“There will always be pessimists, Real Madrid will always have these kind of things. Whether there are good results or not, people will always argue about things. We need our fans to be with us, as they always are, we’ll try to make things exciting for them. I don’t think about the criticism I receive, it’s all part of the job, it’s part of the life of a coach. I know where I’m going and what I want from my players. We have to be competitive and win titles.”

“Neymar is not a Real Madrid player, the important thing is the players who are here.”

“The only thing I can say is that I’m the coach and I can look at other ways of playing, tactics and set-ups as well. We’ve looked at things, I’ve got players coming in, and I have to look at what’s the best way to set up the team against each opponent.”

“Again… Paul Pogba is a Manchester United player, we have to respect that. We’re here to talk about tomorrow’s game.”

“He is a Real Madrid player, he’s got a big future. Anything can happen, players can come in, go out, but I hope there’s a place for Kubo here and that he’s training and progressing with us. At the beginning I think that’s gonna be with Castilla.”

“For us it’s just optimistic that the season is beginning, anyone can have an opinion about what they’ve seen up until now in pre-season, with new players, or the players who have always been here. But for us it changes when the league starts, it’s competition and we like that, so we’re completely optimistic going into the new season, we want to make things exciting for the fans, we want to play well and that’s what we gonna try and do, that’s what it’s all about. Little by little we’ll see what happens, starting with the game tomorrow.”

“Pre-season is over, we’ve worked hard, that’s the objective in pre-season. Perhaps the results were not as great but they’re friendly games and that’s it. We know that now it’s the big kick-off and we’re thinking about the competitions. Until now, nothing has affected the competitions that we’re gonna play in.”

“It seemed Bale was leaving, but now he’s with us, that’s it. Things change, and now I’m gonna be using him as much as the other players. He’s an important player and I hope everyone will make it difficult for me to pick a team.”

“Vinicius is just 19 but that doesn’t mean anything, he’s an important player. I’m gonna try and use all the players as I’ve said. It’s important that they’re all ready to make things difficult for me to pick a line-up. Players have to be ready, I’m gonna take all of them into account for the lots of games we have going forward.”

Toni Kroos: The machine and the enigma