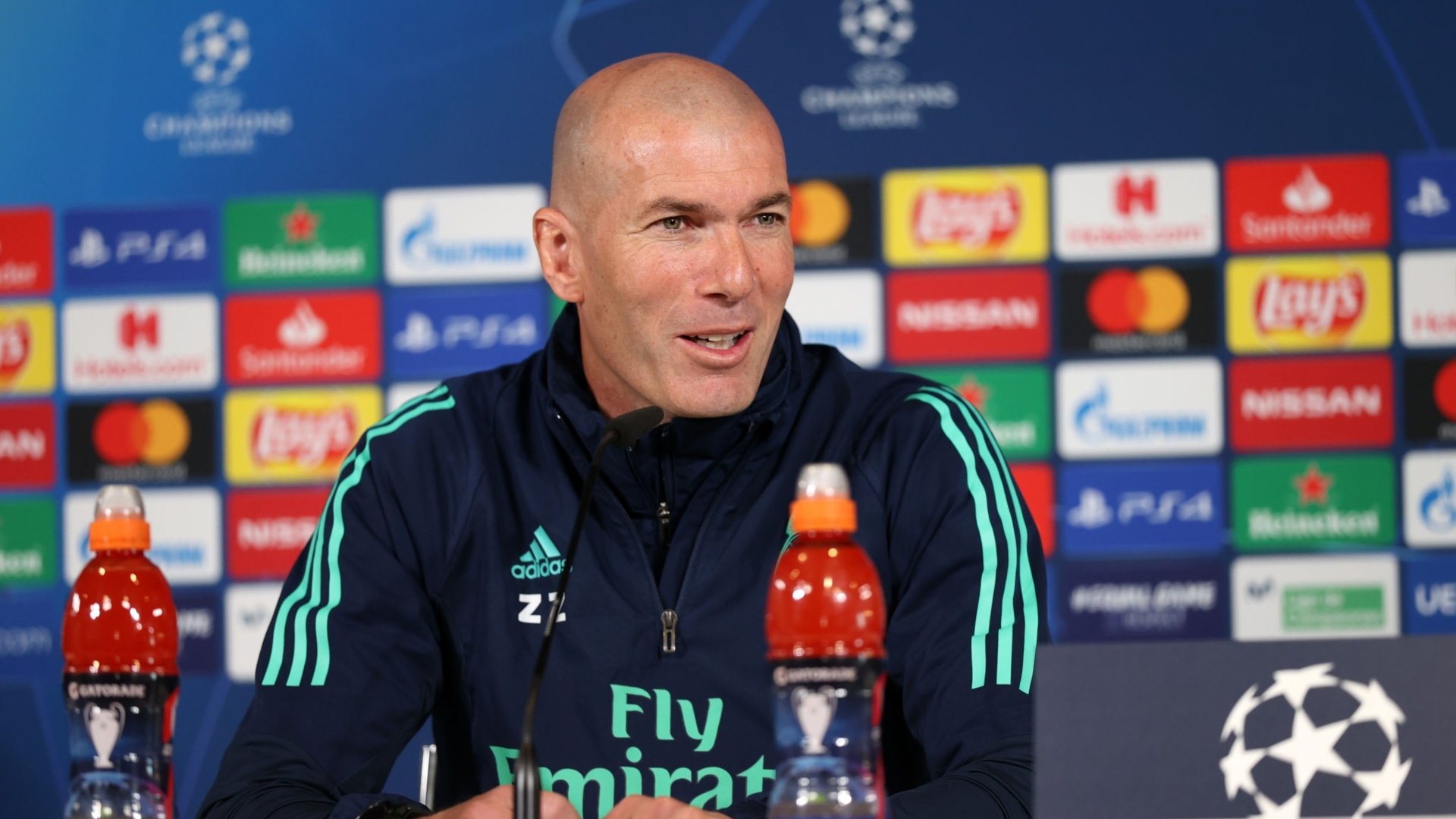 Zinedine Zidane spoke to the press on Tuesday ahead of the Round of 16 of the UEFA Champions League against Manchester City, which is set to be played on Wednesday, 26 February at the Santiago Bernabéu (21:00 CET).

Here’s a full transcript of the press conference…

“We want to make the fans proud. As ever, we’re going to give it absolutely everything we’ve got. We know the Champions League is back, we know how important and beautiful this fixture is and we’ll give it our all for them. For the players and for the fans who are going to come and watch their players.

“We know we’re up against a very good side, they’ve shown it time and again and they’ll come here to play football. We’ll have to put on a good display, that’s what it’s all about. We’ll give it everything, but with the focus on what we’re doing well, not thinking about having had poorly over the last couple of games. We’re playing well and we have to put in a good performance tomorrow.”

“Loads of teams like to have the ball. You’re up against a team full of strengths and we have to counteract what they do well. Some teams have incredible resources, Man City have an awful lot. That won’t change what we’re going to do.”

“You can interpret any game like that because it’s two very good teams going head to head. You can talk about the Clásico, the derby or whatever. Ultimately, I’m sure it’s going to be a beautiful game.”

“Everyone is important here, not just Casemiro and Valverde. We know how important every player is, what they can do, and they have to be ready, this is a special week and the players love playing in these types of games, and we’re thrilled to be here.”

“I’m in no position to tell you whether he should have surgery or not. We have very qualified people who know about these things. All I can tell you is how Eden is feeling. He’s frustrated, not happy, and we’re not at all pleased about his injury. We’re a bit down about it all because he wanted to be back playing with us, he wanted to give us what we know he can and ultimately he’s been robbed of that chance with another injury. I hope that when he gets back, he does so having fully recovered. That’s what he wants, and we’re exactly the same. It’s a tough spell for him. I can tell you what I see in his eyes. It’s important to think positively, it’s a difficult time for him right now and it’ll be like that for a few days. Imagine how he’s feeling, he’s not going to be thrilled.”

“The reality is, it’s Real Madrid Madrid-Manchester City, it’s not Guardiola-Zidane. At the end of the day, it’s a football match, that’s what people want to see. It’s a great fixture, we’re happy because these are the games we want to play in. I say Guardiola’s the best coach in the world because he’s always shown it. First at Barcelona, then at Bayern, and now at City. There are many coaches in football, but for me personally, he’s the best.

“We’re not scared of playing against Guardiola. I was with him for a few days when he was at Bayern, discussing how to manage a team, and he was very honest, open, and I learned so much from talking to him. We chatted a lot and he was very sincere. We spent two great days there, but I’m not going to tell you what I can take from that. Everyone goes about things in their own way, but it was very interesting.”

Karim Benzema to face trial in the Criminal Court in Versailles