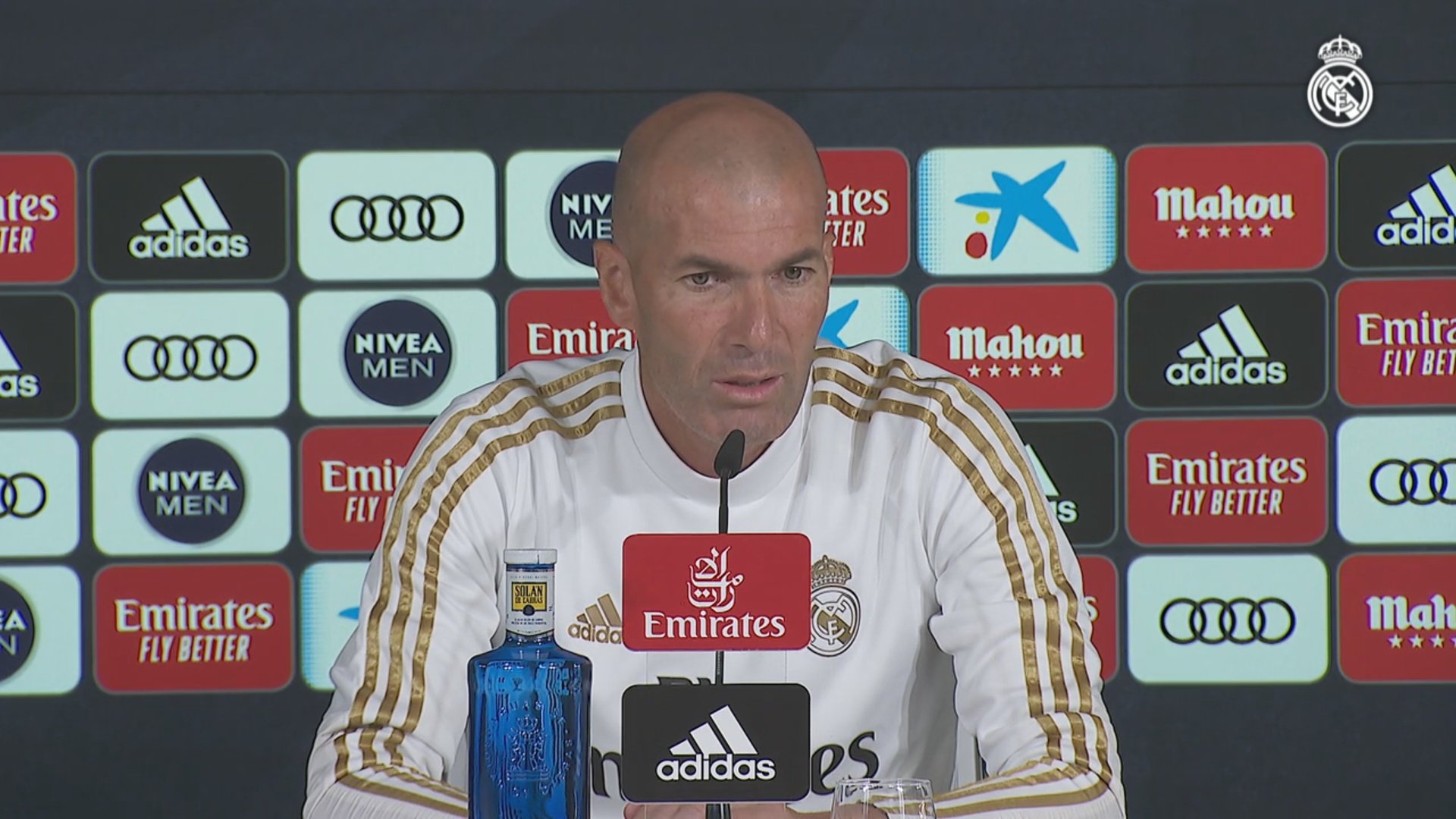 Real Madrid manager Zinedine Zidane addressed the media gathered in the press room at Real Madrid City on Friday afternoon. The French coach spoke to the press after he oversaw the last training session prior to his team’s LaLiga match against Mallorca at the Son Moix stadium, taking place on Saturday, 21:00 CET, corresponding to the 9th matchday of the 2019/20 LaLiga season.

“Tomorrow’s game is the most important. We know we’ve had several players out with their national sides and others have knocks. The last couple of days, we’ve had everyone back and all we’re focused on is putting on a good display tomorrow.

“We’re up against a side who are unfortunate to be where they are in the table. Modric, Bale, Kroos and Lucas Vázquez won’t travel with us. There are always problems in this regard and it’s tough for a coach. But we’ll have others available and we’ll try and do a good job tomorrow.”

“All I want is his positivity and he can do what he likes. It’s not an issue for me. If he wants to go to the Olympics with Spain, I think that’s fine. He always wants to achieve and help his country. I think it’s a nice thing.”

“We’ve all got our own stance. The key thing is to be ready when we have to play. There’s lots of debate, which is normal, but that’s my position. We’ll be ready to play on the date whenever the right people decide. I have my preferences but I won’t reveal them. We’ll adapt to whatever is asked of us. Whatever I say won’t change anything. Our preparations won’t change much if we don’t play next Saturday. We’ve got an important game tomorrow and an even bigger one on Tuesday. We’ll be ready for El Clásico.

“All I think as Real Madrid coach is that we’ll play the game whenever we have to. I don’t like the violence, but then nobody does. They’re tough images to watch but I won’t get into it.”

“We will be able to make transfers until the end of January but I’m just looking at tomorrow’s game. I can’t think about that, it’s a long way away.”

“He’s not demotivated. He’s just arrived and he’s looking much better now than when he came in. He’s slowly learning Spanish and becoming part of the group. I will be counting on him and he’s important despite the fact he hasn’t played much recently.”

“He’s a very good footballer. I’ve got 25 indispensable players and I have to make choices in every game. He could be a great box-to-box midfielder. He’s got a good character, wants to do a great job and demands a lot of himself. That’s great in terms of improvement.”

“They have to be patient because there are a lot of players here and I’m relying on them all. Each player knows their situation. They have to be ready and do a good job when they’re called upon.”

MEETING WITH POGBA IN DUBAI

“The meeting was pure chance, and we had a good chat because we’ve known each other for many years. It was a social meeting. I was there for a conference on artificial intelligence, a mixture of two elements: human beings and electronics. The most important thing for me is seeing things with a human eye. Ultimately, that’s the best way to assess a player’s condition.”

“The good thing is he’s playing and doing a great job. It was his decision and we have to respect it. I’m happy with how he’s playing for his team.”