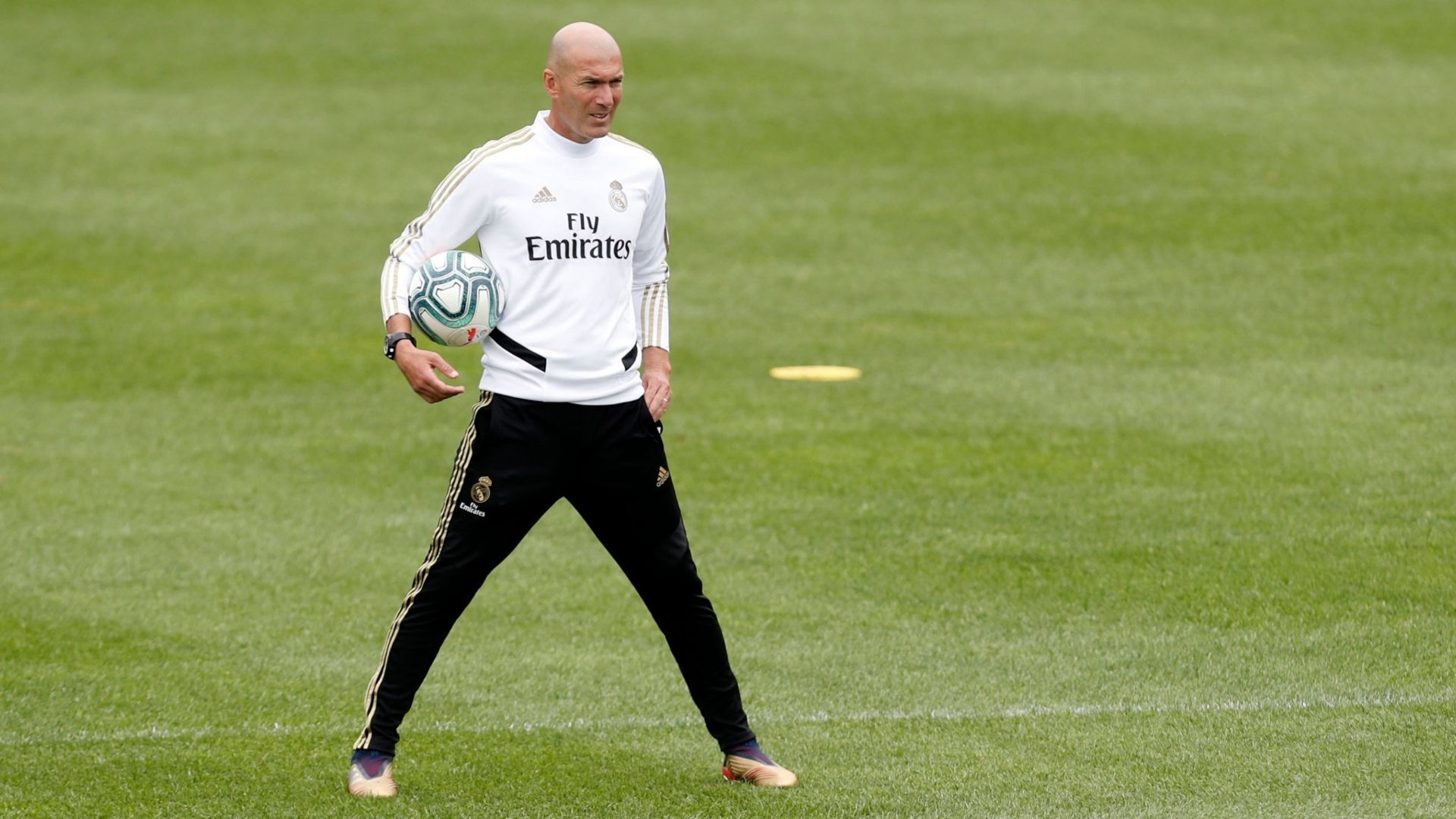 Zinedine Zidane spoke to the press in the media room at the NRG Stadium in Houston to preview Real Madrid’s clash with Bayern Munich in the International Champions Cup. The encounter against the Bundesliga champions this Saturday will be the Whites’ first pre-season match of the 2019/20 campaign.

The French coach began the press conference thanking everyone for their messages of support and affection following the passing of his brother, Farid Zidane.

“First of all, I would like to say thank you to everyone for the messages of support I received in recent days after the death of my brother, especially from the people close to me, it was very important, thanks for that to everyone.”

“We worked well so far, we came here to work hard, that’s the key thing of pre-season. I have to congratulate all my players because we have worked very well. I’m happy to get the games underway, that’s what the players want as well and we’re ready.”

“We have to respect certain things, but what I can say is that we know what we want, we know that we’ve got until the 31st to make changes. Players can leave, players can come in, I won’t go into more details because as I said, we have to respect things. The most important thing right now is that we worked well with the players that are here, that’s what makes me feel good at the moment, that we’re working well.”

“We’ve got three games to play here. We want to try and play well, we’re looking good after 10 days of training and we are happy to play, I know that physically we’re not quite up to 100%, but the games will help us with that.”

“Him staying is not a problem for me, it’s not a problem to have good players. Gareth’s got a contract and he’s here, but I can also tell you that anything can happen. We have to respect all our players, he’s a Real Madrid player and we’ll see what happens. His role at the club has not changed.”

“Hakimi will play another season at Dortmund. He’s a good player, we know all about him of course, he’s a Real Madrid player and I think it’s good for him to continue at Dortmund for another year, that’s the plan.”

“I’m just gonna answer the same way again, I’m going to look silly. The most important thing is that as a club we know what we want to do and at the moment we are trying to do things. Right now we’re focused on these games, we have a game to play tomorrow, I wanna see my team, how everything works after 10 days of training, that’s what I’m worried about right now, for the rest there’s enough time.”

“Kubo is a quality player and he’s training well, I’m sure in the future he will be an important player for Real Madrid. He’s training very hard, it feels like he’s been with us for a long time and that’s good, he’s very young, he’s working well and I’m very happy. I can’t say if he will play tomorrow, we’ll have to see how we can use everyone.”

“It’s difficult of course, but that’s my job, I have to talk to my players. I like to be clear with them, I think each player knows what their role is and I know what we want to do, so it’s important to talk with them.”

“I’m very happy I must say, but I’m not surprised… I’m happy with how they’ve behaved up until now, it’s not easy when you come to a new club, they’re all hard-workers and they all wanna do things well, they’re good players and I’m happy with what I’ve seen so far.”

“We will try to put on a show, we want the fans to be proud of our players, it’s the first time that we’ve come to Houston, the players know that and we want to have a good game tomorrow so all these people who support us can enjoy a great time. We are happy to be here with them.”

“James is a Real Madrid player and we’ll see what will happen. At the moment he’s on holidays and he’s not with us, but what could happen with him I can’t say any more, we’ll see.”

“I’m very happy to work with Eden, I think what he needed was a club like Real Madrid to improve. I think this club is special, we all know that, the players know that as well. When I came to Madrid I was 29, and I still had a good career here, I had five great years at this club as a player, had a great time and I was improving. I think Eden is in a similar situation, we know the kind of player he is and we think he’s gonna be important for us this season.

“He’s a player who changes things, he makes the difference on the pitch and that’s very important. He’s done that throughout his career in various clubs, but we’ve got him here now and we need to take advantage of his qualities, I think he will help us a lot.”

Rodrygo: “We will fight until the end in every match, no matter what”