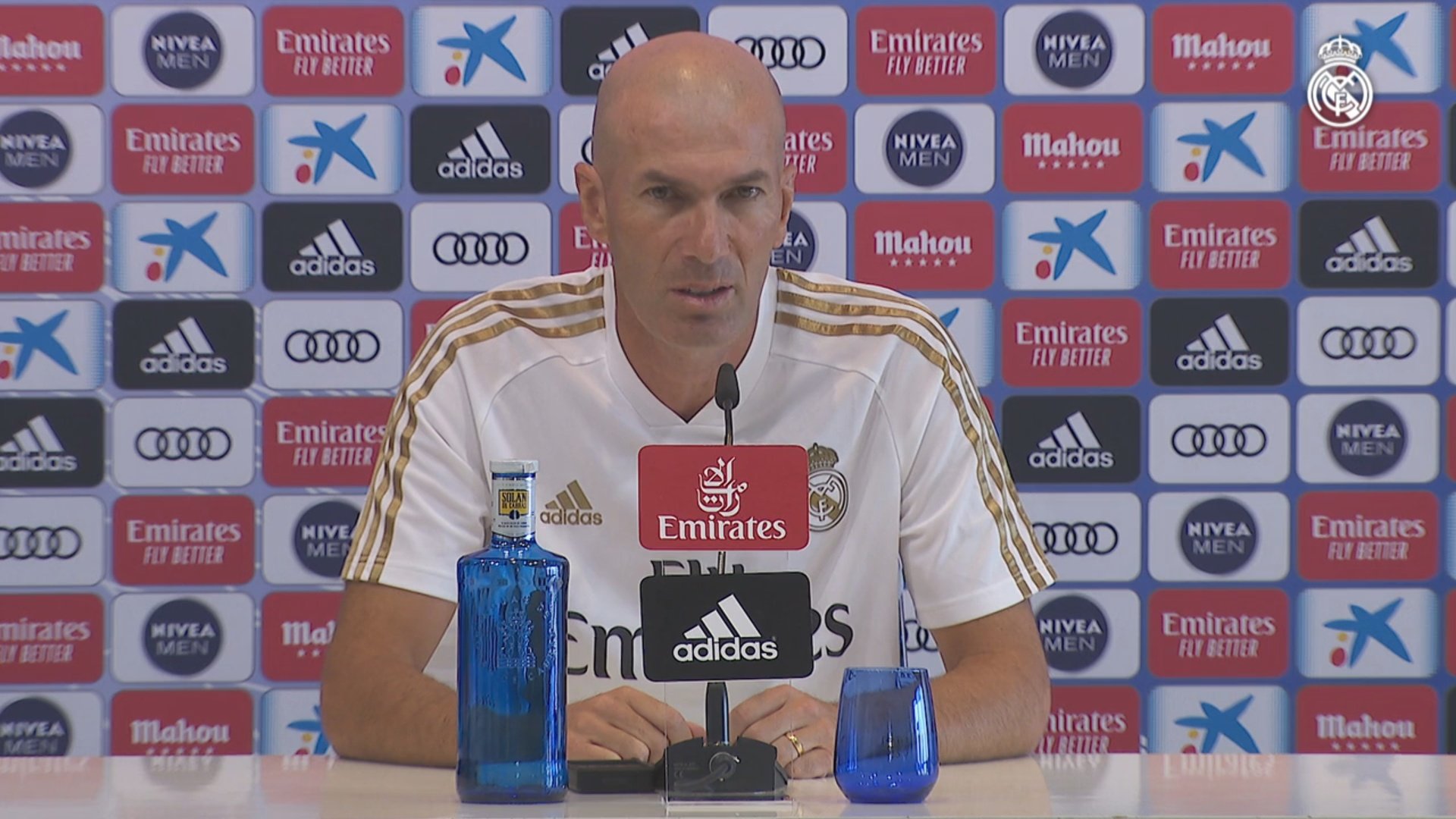 Real Madrid manager Zinedine Zidane addressed the media gathered in the press room at Real Madrid City. The French coach spoke to the press after he oversaw the last training session prior to his team’s first home match of the season, which will be played against Valladolid on Saturday, 19:00 CET at the Santiago Bernabéu.

Here’s what he had to say…

“I can’t imagine the team without Navas, I’m not thinking about his exit. He has always been an important player for us and he hasn’t told me he wants to leave. He is happy to be here and I’m counting on him. He is here and we can’t control things that happen outside.”

“You can’t look at any opponent and say you’re definitely going to win, there are no easy matches, you have to prove your worth on the pitch. Valladolid had a great season last campaign, they play with confidence and they’re looking to put in a good performance as well when they come here. But it’s down to us to continue improving and build on the performance in Vigo. It’s a pleasure to be back at our stadium.”

“We’re looking ahead to our game tomorrow and it’s the only thing on my mind right now, the players that are here, the people working here… we’re all focused on the game against Valladolid. Anything can happen until the transfer window closes. Some can come, some can leave, I can’t wait for 2 September, so there are no more transfer related questions.”

“I know that Modric didn’t intend to hurt the opponent. We know what Luka is like, he’s not a dirty player, but it happened and it’s the new rule, so he was sent off, but his intention was never to foul the player.”

“The players who are here want to be here, they have a contract here and they want to have an important part in the squad, but we’ll have to wait and see what’s going to happen.”

“Bale played a good game against Celta, but not just going forward, he tracked back and defended. We have to continue playing this way, not just Gareth, but all of us. We still have room for improvement and if we want to achieve great things this season, all the players need to play their part. These are talented footballers and I want all of them to play a part.

“What we want from the players is that they want to stay, want to be here. Yes, a lot of things were said about Gareth leaving, including me, but now he wants to stay and we want the same. He’s an important player, he’s proven it in the past and he has to do it again, he has to show just how good he is.”

“James is a very talented player, he plays very well. He’s come back to the club following that spell in Germany and we’re happy to have him here. Let’s see how things progress going forward, but he’s happy to be here. There are a lot of games coming up and all the players are going to have a role to play.”

“We want the best for the player. Everyone wants that, the club, the manager… and we thought this was the best decision for him. Hopefully he’ll play and improve as a player at Mallorca.”

“The fans are looking forward to seeing their team play and they want the team to do well of course. We want them to be here, supporting the club and we want the fans to go home happy after each game.”

“I say the same thing. I only talk about the players I have here and tomorrow we have an important game that we have to win. I understand that you talk about Neymar and will continue to do so until the last day of the transfer window, but I don’t know what’s going to happen, but what I do know is that we have a very important match tomorrow.”

What’s next for Mariano Díaz ?

Vinicius Jr: “I’m happy and the goal is a massive weight off my shoulders”

Zidane: “We are happy because we’re top of the table, but we want more”