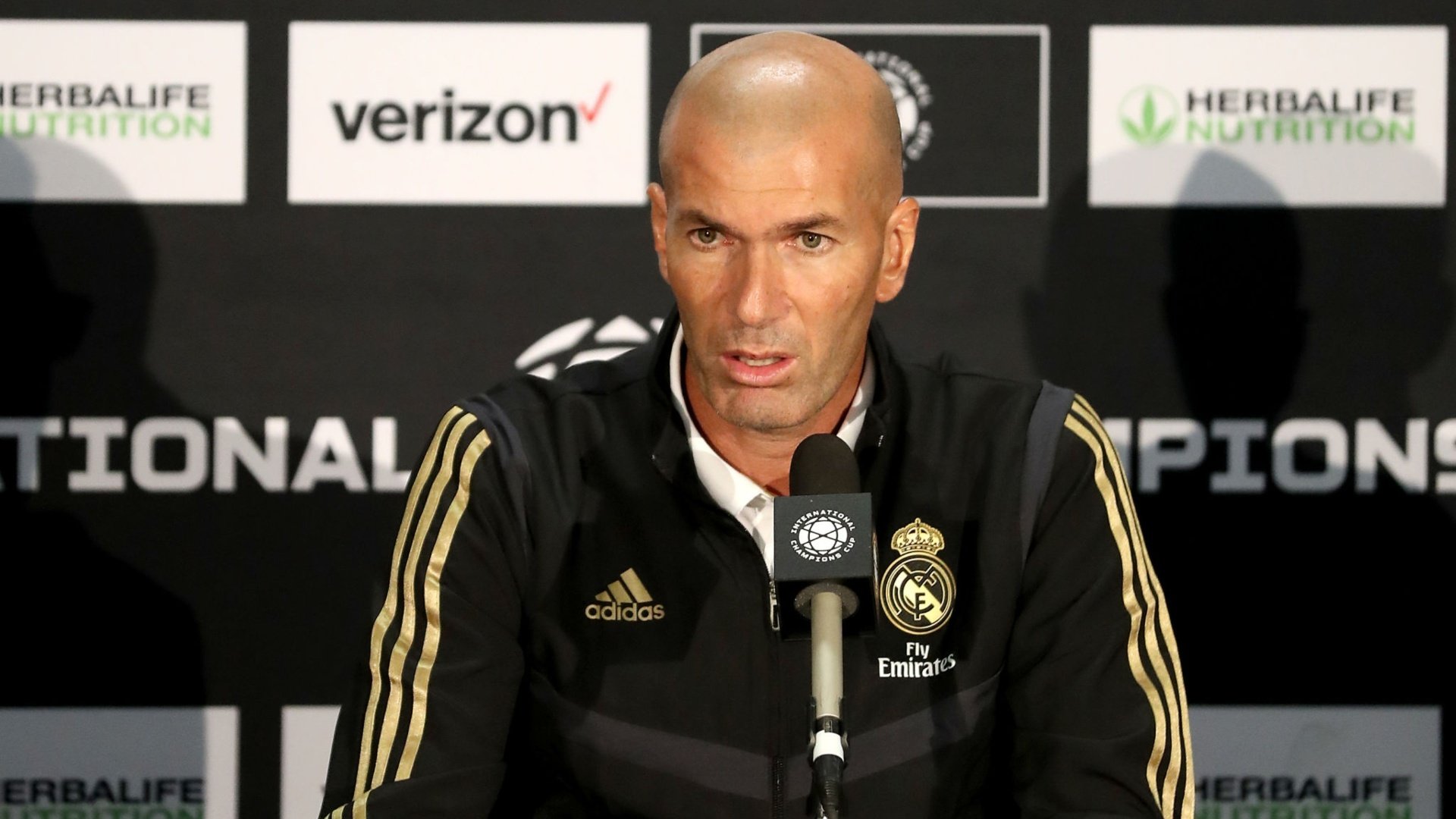 Zinedine Zidane appeared in the press room at the FedExField to assess and give his verdict on the win in our second International Champions Cup match against Arsenal, and to discuss the performance of Gareth Bale, the injury blow suffered by Marco Asensio and Ceballos’ future.

“We started really well and then we lost a player early on. We kept going positively with 10 against 11 and even better still when it became 10 against 10. We put on a good display and drew level in the second half. We’re still in the preparation phase and we know our play will get a lot better. We improved today.

“We’re just getting things ready and we have to think about the players’ health. We worked well in Montreal, now we’re here for three games and we’re keen to look after the players and share out the minutes evenly.”

“We’re a bit concerned. It’s his knee, he’s gone straight to hospital for some tests so we’ll see… But it doesn’t look good. It’s the downside of today for us, we’ve lost a player and we’re pretty gutted. We’re gutted for Marco and hope it will be the least serious possible outcome.”

“He’s here and I don’t know what will happen. He played today, he wanted to and he did a good job. He put in a good performance and I’m pleased for him. He wanted to be with us today, he trained normally and played the match. I make the decisions and he played one half. We’ll have to see what happens. Nothing has changed, you know the situation. He’s still here with us at this stage.”

“I’m happy with Marcelo. He’s trained well and looks extremely focused. I’m thrilled with how he’s doing. Nothing has changed for me, he’s an exceptional player and we’ll be counting on him.”

“We’re happy with Benzema, with Hazard and all the players we’ve got. The youngsters are doing a great job too. We’re getting ready for the campaign. Some have got more minutes today and that’s the plan for the three games we’ve got here.”

“I have no plan. He’s with us training and then I have to pick the team. He hasn’t played yet and we’ll have to see what happens.”

“There’s still nothing official yet. The club is working on it and we’ll see in the next few days.”