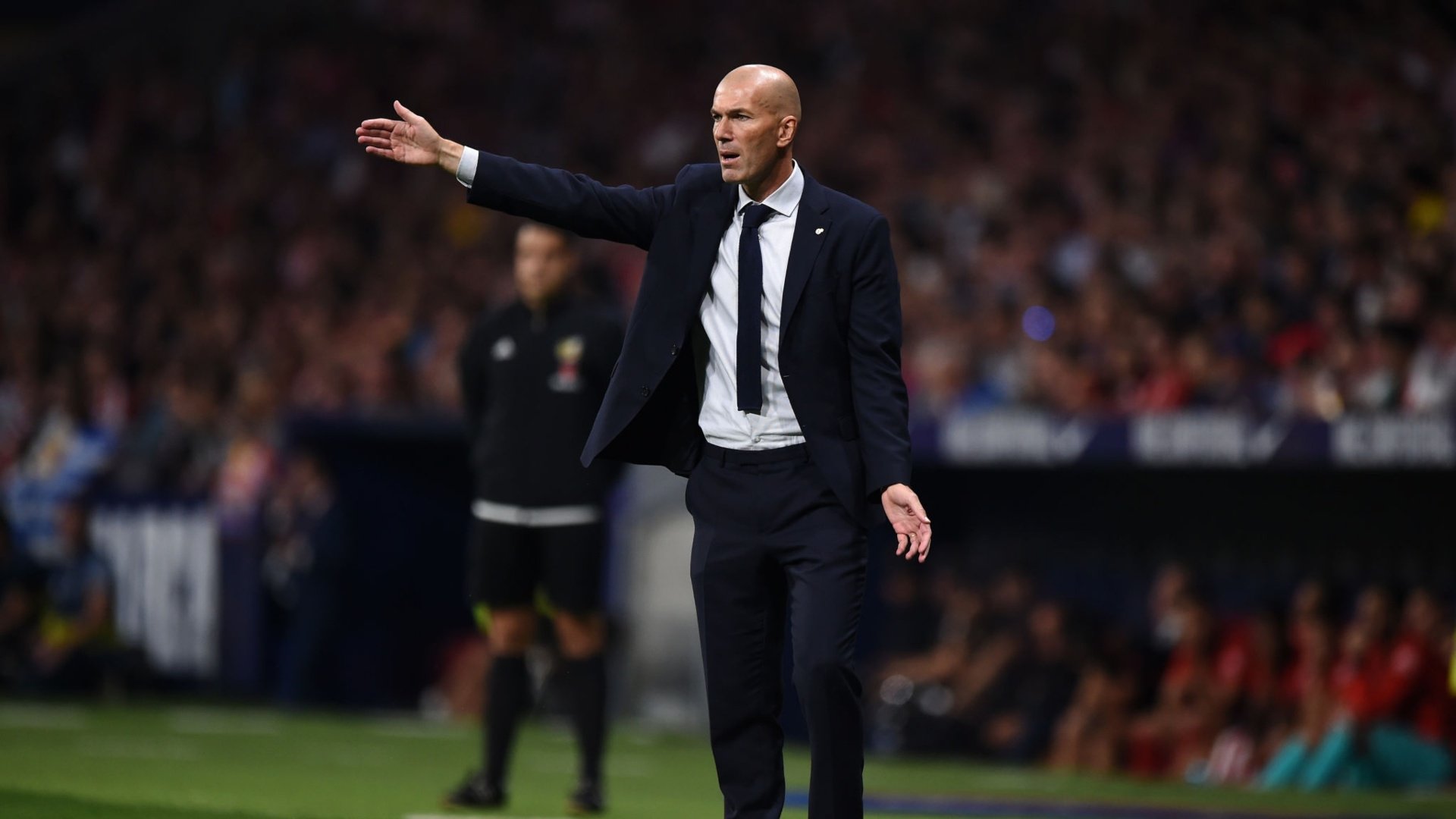 Zinedine Zidane spoke to the media at the Wanda Metropolitano and gave his thoughts on Real Madrid’s 0-0 draw against Atletico. The boss felt his side deserved more, despite admitting that they didn’t create enough chances.

“We deserved more than a point. I have to congratulate the players because we were solid once again, we kept a clean sheet and we looked in good shape defensively. We lacked a bit up top but we’re working on it. When it’s 0-0 you can always take more risks but we’re focused on that and I’m sure we’ll make things happen. We were up against opposition who were trying to stifle all our attacking options. We could have taken all three points today.

“You have to back him. He did a good job. We didn’t create many chances but we have to keep going in this vein. We have to focus on the work we put in as a team out on the pitch.”

“We know how important it is to bring intensity to every game, but today the key was our solidity. That was a very strong Real Madrid side. They didn’t create a single chance against us and that’s crucial. We were missing something in attack, we must create a bit more. We leave happy because we’ve picked up a point and we have to think about the next game.

“If we continue to play like this defensively and stick together, we’ll start to cause problems in attack. It’s very important to be unbeaten for a third successive game and we have to keep working like this. We’re up the top, picking up points. We’re in good shape and playing well. We’re good at pressing in the opposition half and we put in a very solid performance.”

“The match hinged on that save by Oblak after Benzema’s very good header. We came up against a good goalkeeper and you have to accept that.”

“He had a good game and I took him off in the end because he had discomfort in his calf. He pressed in the oppositions half and I’m happy with his performance.”

“He’s okay. He’s here and he’s doing very well. We know that we can do things better individually in attack.”