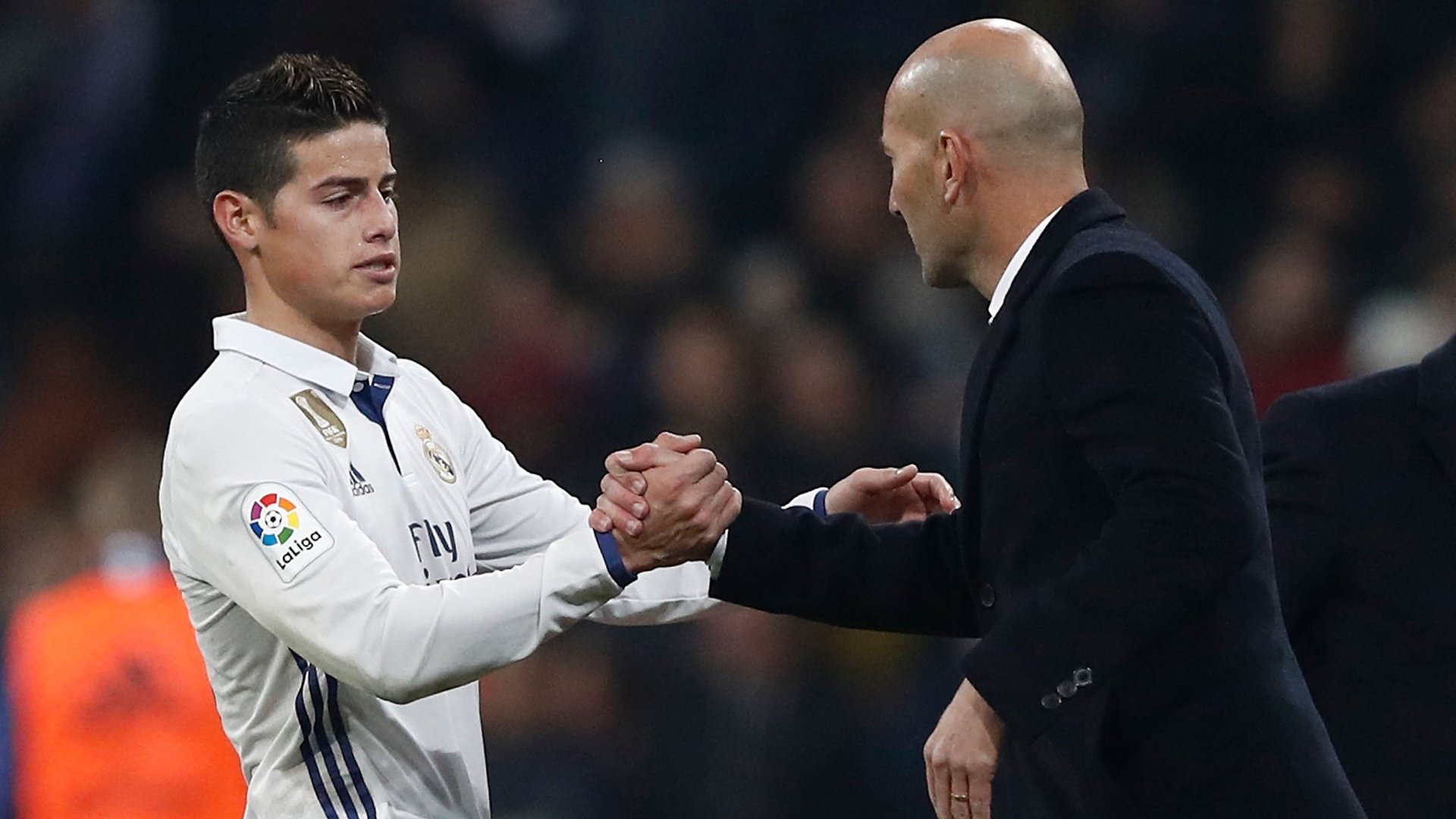 Real Madrid manager Zinedine Zidane is urging the Real Madrid hierarchy to take quick decisions regarding the summer sales. The first La Liga game of the new season is just two weeks away. Still, Real Madrid have not gotten rid of some of the players who are not in Zidane’s plans. James Rodriguez, Gareth Bale, and Mariano Diaz are three such players who might have to move to the exit door.

It’s only early August but it has already been a long summer for James Rodriguez. After his two year loan spell in Munich, the Colombian star went to the Copa America with his national team. He came back to Real Madrid for training, but his future at the club is still very much up in the air. Napoli manager Carlo Ancelotti is a long time admirer of the Colombian due to his time at Madrid and Munich. But Real Madrid did not give up their demands to the farcical figures proposed by the Italian side. Cross-town rivals Atletico showed interest but that deal also collapsed before gaining any kind of substance. Real Madrid are still willing to sell as long as someone comes with a offer that suits them.

It has been crystal clear for a long time that Bale does not belong to Zidane’s scheme anymore. The Welshman had recently missed the opportunity to move to China after Real Madrid blocked his free-transfer to the Chinese Premier League. As of now, no team in Europe seems interested in Bale, including his parent club — Real Madrid. Los Blancos want to gain a significant amount from the Welshman’s sale, perhaps a figure close to 50-60 million euros. Madrid have till the end of the month to find a suitor but Zidane wants this departure to take place at the earliest possible time.

Mariano Diaz had a fairy-tale return to Real Madrid in 2018 when he was given the iconic number 7 shirt, previously worn by Cristiano Ronaldo and Raul. But the fairy-tale did not last long. He barely got minutes under the three Madrid managers last season. With Luka Jovic’s arrival and the free role of Eden Hazard, he is further down the pecking order. The former Castilla graduate wants to fight for a spot in the team but Real Madrid are more inclined to selling him.

A positive update for Real Madrid’s pursuit of Mbappe?