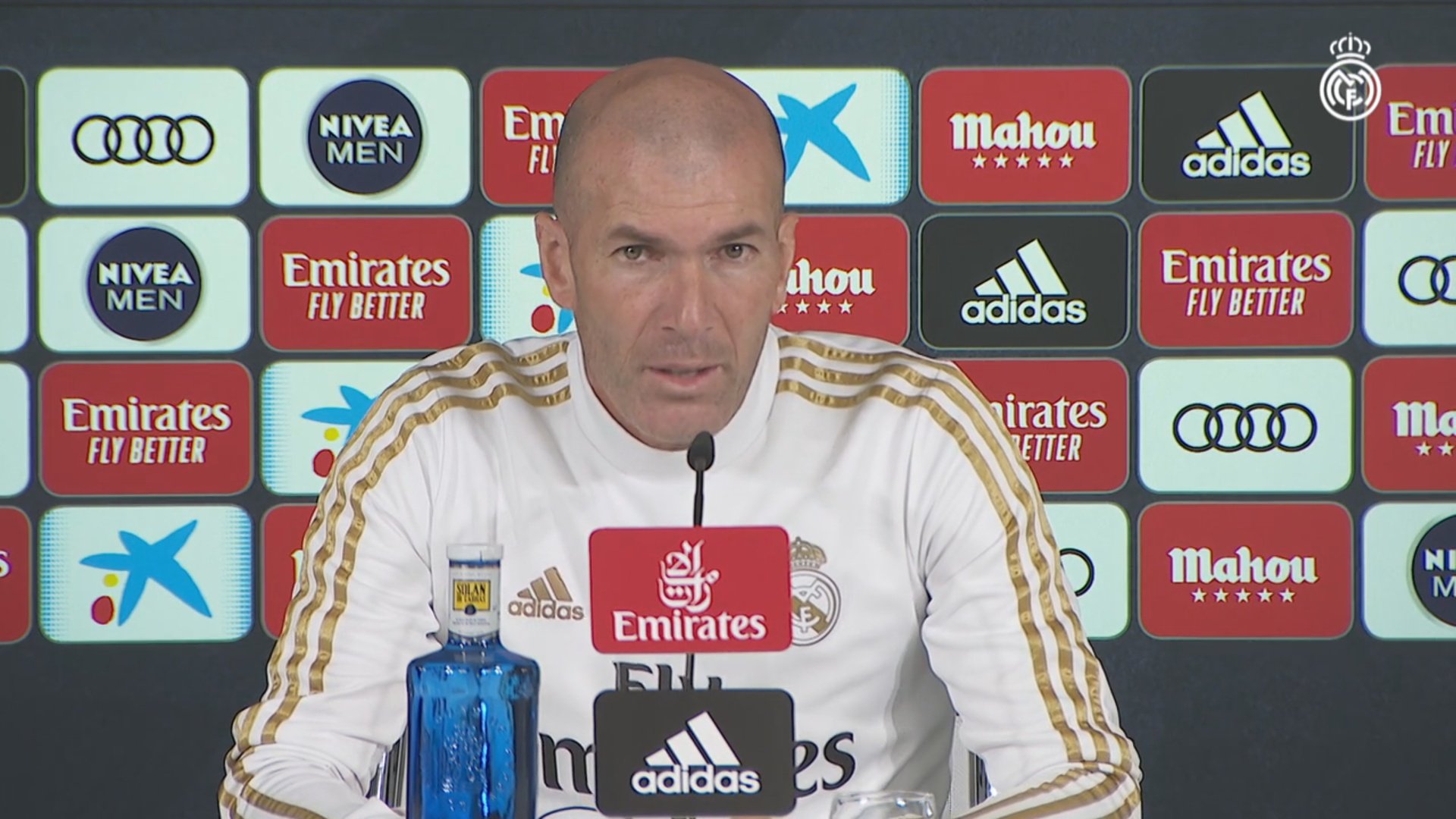 Zinedine Zidane was back in front of the media on Saturday as he looked ahead to our LaLiga matchday 24 clash against Celta Vigo at the Santiago Bernabéu (21:00 CET). Our head coach was asked about a range of subjects, and you can see what he said in our full transcript below:

“The key is to keep on doing what we’ve been doing in terms of focus, intensity, and tempo. We know who we’re up against tomorrow and that they don’t deserve to be where they are in the table because they’re a very good sides in every sense. It’ll be tough, just like all the games are.

“Football’s always about balance. Real Madrid’s legacy is about attacking and playing good football. That’s how we look at things, but we have to work hard and be tough defensively. That’s what we’ve been doing of late. In football, the team that has the better balance is the one that usually gets better results.”

“I’m really happy that he’s back because he’s a unique player. We didn’t want to rush things with him to ensure that he feels really good. We know what he brings to the team and that’s why we signed him. He’s a really great player and it’s time for him to be back and involved. He’s feeling good physically, but he’s not played in three months. It’s now all about the tempo and playing games. Fitness-wise, he’s ready to play. He’ll be with us tomorrow and is ready to play.”

“When you’ve got players who are all really good it’s tough to name a starting line-up. Every one of them brings something to the team. I like to have all of them ready to play, but when it comes to naming the side, you’ve got to take enough time to think about it. I don’t always decide on the same day. I’ve got 23 available players and I have to choose. What they do is focus and are committed and I’m then the one who has to choose.”

“Tomorrow’s game and the planning that we do each week are the most important things. We have to be focused and keep on doing what we’re doing. We’ve got some important games coming up, in which everything’s on the line. We’ve done some good things, but we’ve got to keep it up if we want to achieve anything. We know that each game will be tough, but we’re ready for these kinds of games.”

“It’s a matter of working hard. He’s at an age where he has to work hard. He’s got real quality but if he combines it with hard work, he can go on and achieve big things. I always like to say that players can improve right up until the final year of their careers. He wants to work and that’s good.”

“The players prefer to play matches. We’ve had a whole week in which to work. It’s been a long but a good week. It’s no bad thing from time to time.”

“I like talking about football and our tie against them won’t be any different, because they’re a very competitive and strong side. They’ll be really up for it, especially given how they’re doing domestically. It’ll be a really tough tie but my current concern is tomorrow’s game and my mind’s focused on that. I don’t want to talk about the ban because it’s not my place to do so.”