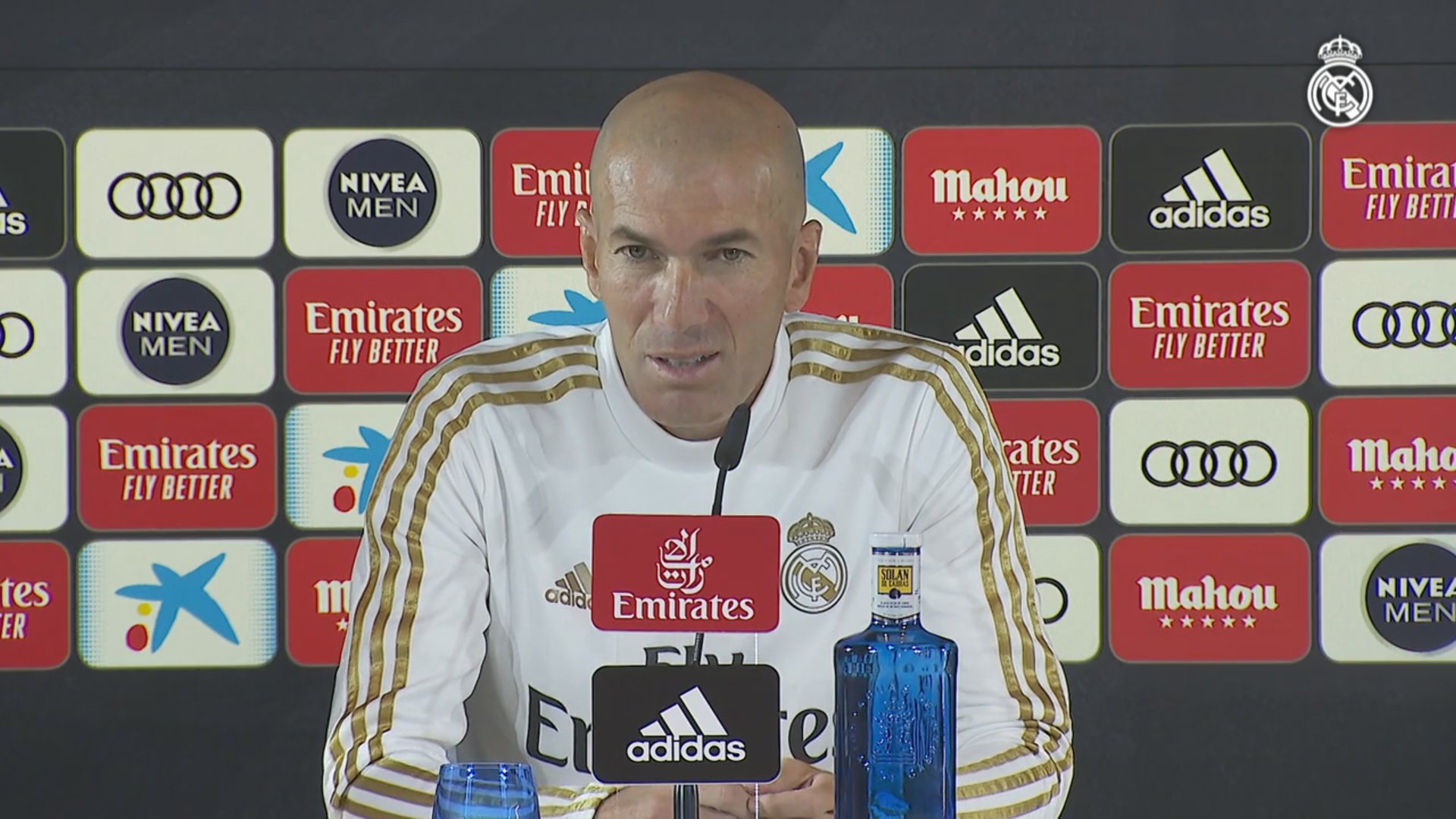 Real Madrid are back in LaLiga action this weekend after their 2-2 draw against Club Brugge in the Champions League and Zinedine Zidane spoke to the media in a press conference before hosting Granada at the Santiago Bernabéu on Saturday (16:00 CET).

Here’s what the boss had to say…

“We haven’t had much time to recover between games, but we’re ready to get back out there. We know how we performed against Brugge. It wasn’t as if the second-half performance was amazing but we stood up and were counted. We’re in better shape than we were two months ago and in a few weeks’ time we’ll be better again.”

“I know where I am and that’s always the case. That’s what the role of a coach is like for all of us. I’m going to fight right until my last day because I enjoy what I do and feel as if I’m up to it.”

“You say that I said that there wouldn’t be any debate, but there’s always a debate to be had here, regardless of what I say. You then go away and do your jobs and I do mine. I’m going to call upon all of the players. People are entitled to their own opinions. We’ve kept clean sheets in three games and he was in goal for them.”

“Regardless of whether it’s fair or not, it is what it is. He’s strong and is aware of the situation. The first-half performance the other day was down to everyone. We can’t dwell on it more and have to focus on tomorrow’s game.

“The important thing is how he’s feeling. He’s not the only one who was responsible for that first half against Brugge. We conceded twice and he’s the goalkeeper but it’s not just down to him. In that case, what have we got to say about the three games in which we kept clean sheets? At Real Madrid you’re not allowed to make any mistakes, we can never concede and always have to score. Whenever that doesn’t happen, bad things are always going to be said about Real Madrid. We always have to give our all and tomorrow we face the side that are second in the league.”

“He wasn’t well, there’s no doubt about that. There are times when a player has a bit of an upset but is able to play. Nobody is a guaranteed starter, not Courtois or anybody else. I never said that. I’m going to use all of them. What I have to do is put 11 players out in each game.”

“He’s a top goalkeeper, as is Thibaut. He’s really good and that’s all I can say. Both of them are good. He has settled in really well and is happy with us. There is no hierarchy. When you’ve got a squad like ours, you can’t say that any one player is more important than another. My players train well and want to play. I’m the one that decides and the players have to be ready. There are some of them who’ll end up playing more than others, but everything can change in each game.”

“I don’t know whether we have to understand them or not, that’s not what I’m here for. As you say, we’re not such a bad state as people outside of here say we are. This is Real Madrid and we’re focused on what we can do out on the pitch because we’ve now got a game where we can show why we’re top. We want to make sure we remain top at the final whistle.”

“If I was to say that the jeers don’t affect you I’d be lying. They affect you, but you’ve got to accept them. Lucas has also done some really good things and has received applause. When things aren’t going so well for you, you’ve got to react and that’s what we want to see for the good of the team.”

FINES FOR THE PLAYERS

“No, I haven’t been thinking about that at all. I believe that we’ve got other options ahead of that one. Militão is an option, he’s a defender and has played there. He’s also played at right wing-back. It’s an option.”

Rodrygo: “I’m happy for the opportunity as I fulfilled my dream”