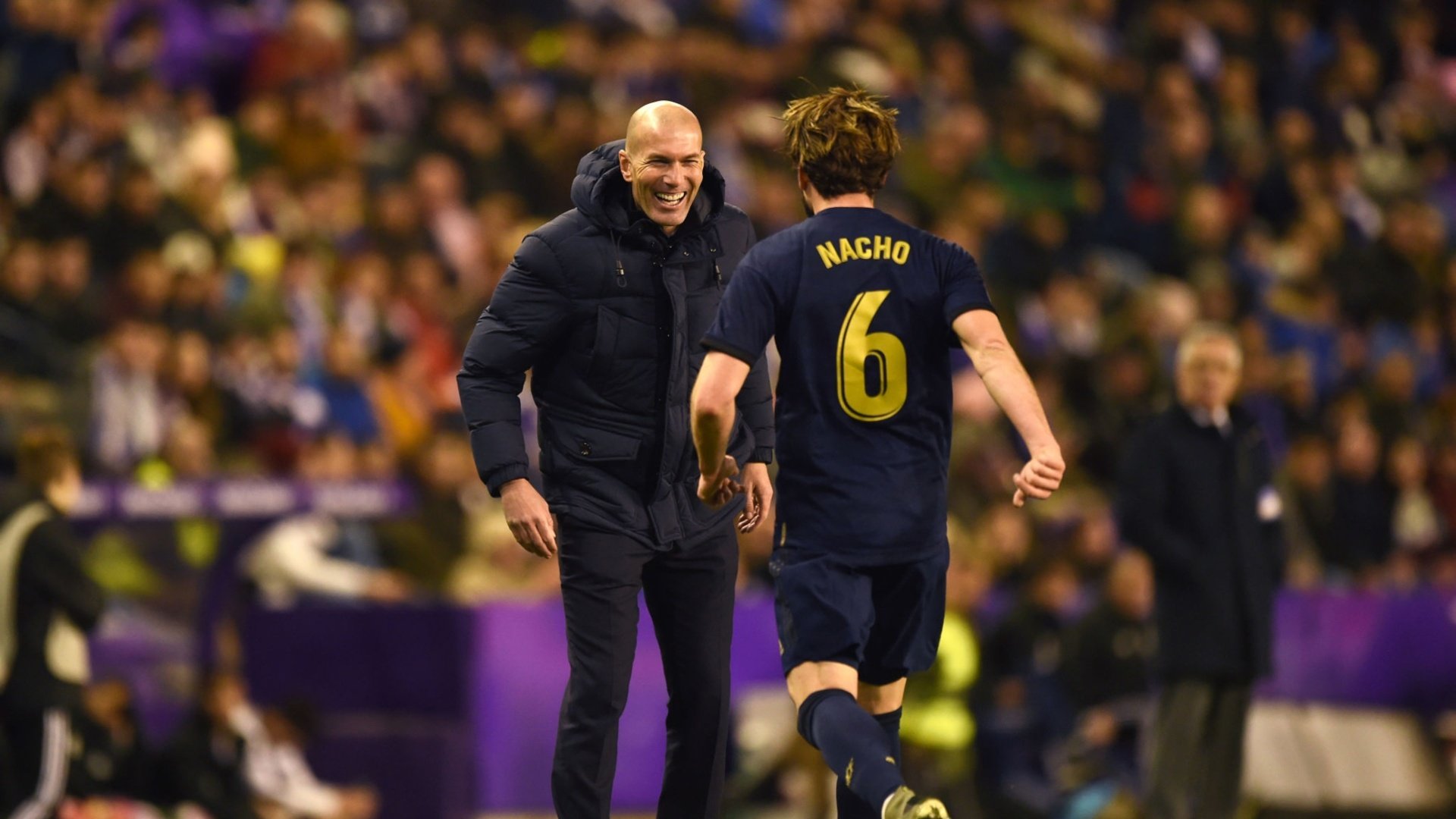 Zinedine Zidane spoke to the media in the aftermath of Real Madrid’s 0-1 win over Real Valladolid at the José Zorrilla stadium thanks to a Nacho header on Sunday night. The win secured Los Blancos a top spot in the league, gaining a 3-points advantage over Barcelona.

Our head coach faced the media after the match and discussed the win, being league leaders, Nacho and more.

“It’s three important points, but nothing more. There is a lot to come in the league and it will be difficult for every team and for us too. We’re happy with the result, it was very hard-fought and we played a very solid game defensively. In the second half we were better. We got three points from a difficult place against an opponent who made it difficult for us.

“Defensively we are doing very well. That’s our strength. We all defend and when we lose the ball we immediately press and win it high up the field. If we don’t concede, we have a good chance of scoring. That’s what happened today.

“That is all down to our rivals, they were physically strong. That is how it always is. It was a complicated first half, but in the second half we were faster and played down the wings more. We played a lot better. Karim did not score but he’ll score next time I’m sure.”

“He is a very professional player and former youth teamer, he knows this club well. He is always committed. When he has to compete, he does it so well. I am so happy he got a goal. He is a defender, but he can score. He is a team player and showed that defenders can also create goal-scoring chances.”

“We know we have good scorers. That is part of the game and in with dead balls we know how to score.”

“It is such upsetting news for the world of sports and our hearts go out to his family. I did not know him but I am saddened by what has happened.”

What next for Neymar: Real Madrid or Barcelona

James closer to staying than leaving