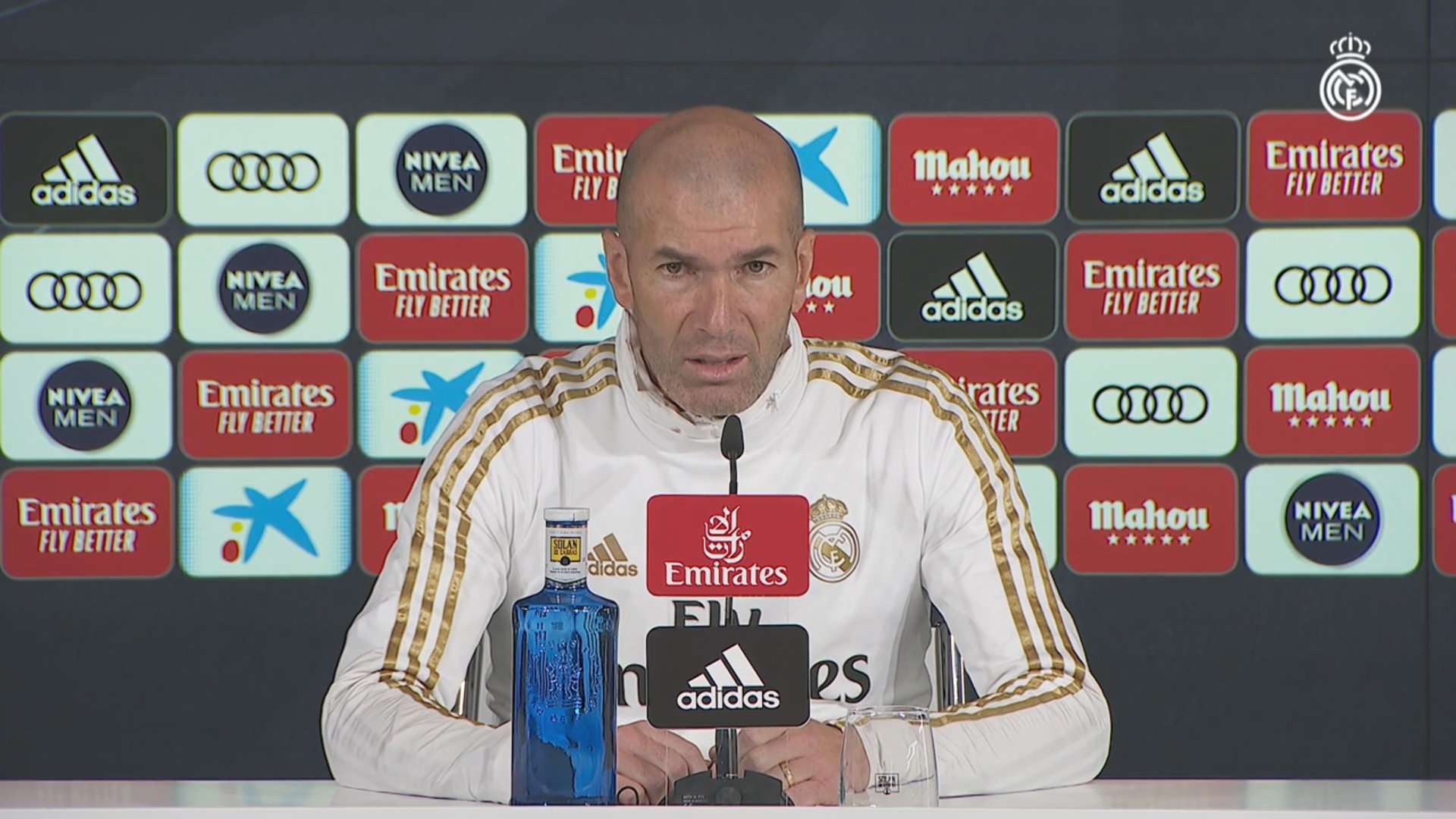 Zinedine Zidane was asked about a range of subjects at his press conference at Real Madrid City on Friday. Our head coach discussed the match against Deportivo Alavés, Vinicius Jr, Brahim & Mariano’s situation and more.

This is what he said:

“We know who we’re up against and what Alavés has achieved, and continue to achieve this season, but we are also aware it’s a hugely important game and the only one we’re concerned with right now. It will be difficult, it’s a tough place to go and they’re strong opposition. We have to be ready from the first minute through to the last. We want to continue with the way we’re going – growing, being focused, hungry and strong every day, to prove what we’re doing is no coincidence.”

“He’s keen to show his quality and he has real confidence in himself. He shows how good he is with incredible determination and he’s learning from his teammates. We know what he’s capable of both defensively and offensively. Defending isn’t something that’s down to one player, it’s a collective aspect and we’re doing better at that recently.”

“I know him very well and I know when he has to play, he does a good job. He was great against PSG and that reflects his personality. He can be very effective and he showed it the other day.”

“He’s not going anywhere, he’ll stay here. He’s a member of this squad. There are 26 players here and perhaps he’s not playing so much at the moment but he’ll get his chance and will contribute, as ever, like all the players do. We’ll see what happens with him tomorrow.

“He’ll get his chance and he has to be ready to take it. Things have changed since last season because we’ve got Hazard and Rodrygo, who are both in good form. Last year he did a brilliant job and he wants to do the same when he gets time on the pitch. I have to choose, that’s my job, it won’t change.”

“I can’t give you a date. It’s nothing serious. I can tell you he took a good whack and has a slight sprain. His recovery will depend on day to day.”

“What Benzema is doing for Real Madrid is making the madridistas proud of him and of the squad. We’re keen to give a good account of ourselves in every game and make sure fans who come to watch Real Madrid go home happy.”

“We’re behind him and so are the fans. We have to continue like this because it’s not going to have much impact on how we play. The important thing is to show we’re here and willing to keep going despite any difficulties. That’s part and parcel of being a footballer. The key is that everyone offers the support needed by every single player, that really is the most important.”

“I think he’s got a great future and I’ll be relying on him. I’ve got all four centre-backs available now and we’ll see about tomorrow.”

“It’s a good idea and everyone has real interest in the award. When Modric won it was one of the best days of his life, I can tell you that. I’ve always got the best here, that’s the truth. Every player to have been here has been the best and this is the biggest club in the world. I can’t give you one name because I’ve got all of the best.”

“They’re all incredibly focused. We’re not here to win one game, it’s about trophies, and for that, you need the whole squad. That’s my philosophy: to give everyone a chance and they show they want to play every single day. Nothing will change Modric’s role, he’ll be key for us. We’ve got young guys who want to come in and do a good job and it’s a nice headache to have, picking a team every week.”

“We’re counting on playing the game but we’ll see what happens when the time comes. On the 18th, we have to be there and ready to play, but all I’m worried about for now, is tomorrow’s game.”

“We’ll see in January. It’s true they’re not playing much but that’s how it is right now. Things can happen from now until January. For now, I’ve got them here because they’re training well and they’re ready to be called up.”

The future of three enigmas: Jovic, James and Bale