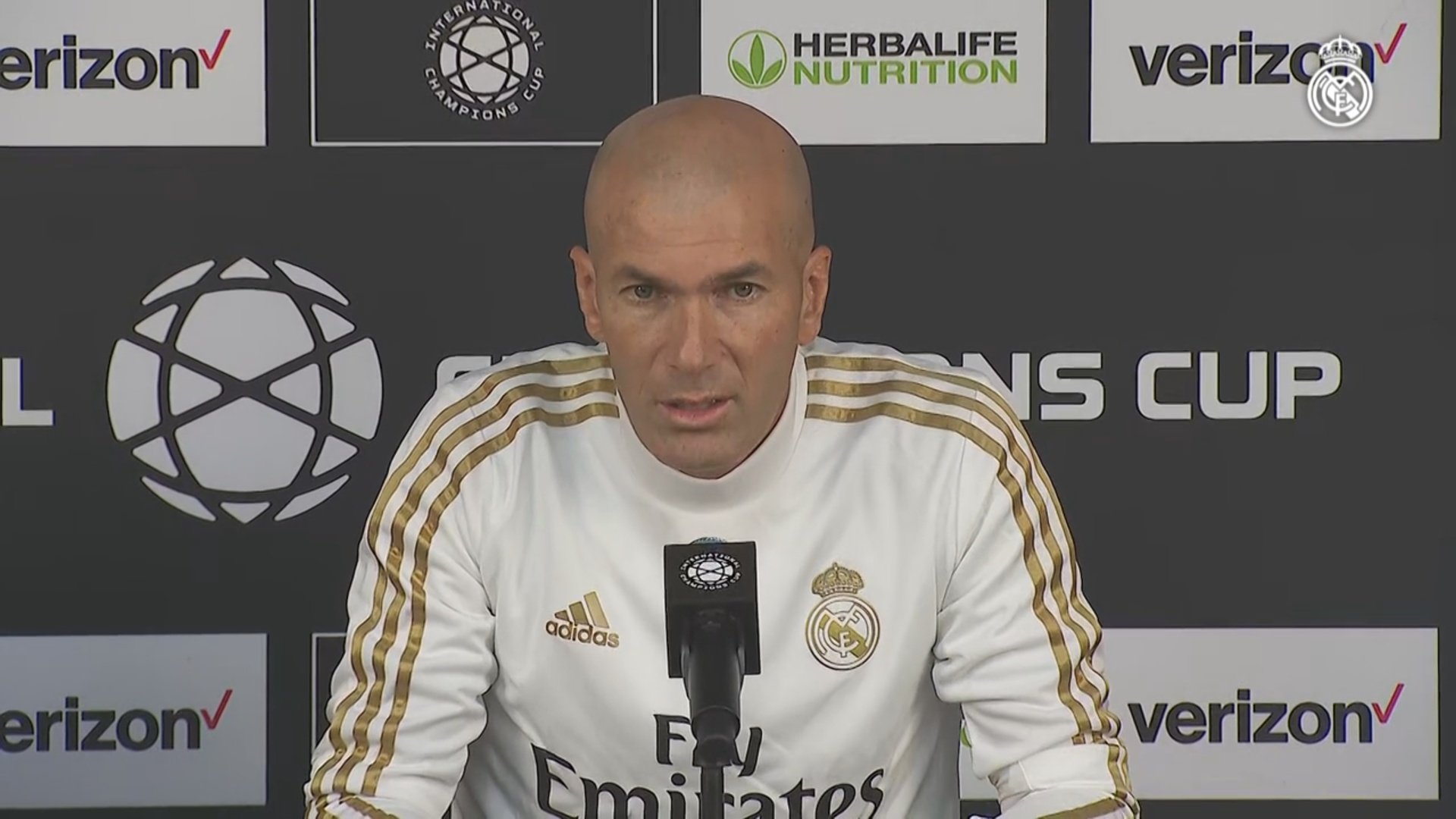 Zinedine Zidane spoke in the press room at the Audi Field the day before the team’s second match in the International Champions Cup against Arsenal. As expected, Bale’s situation was once again the main topic of the press conference and Zidane wanted to clarify his latest comments about the Welshman’s future with the club and insisted he never disrespected anyone.

Read on to hear what our manager had to say…

“In our first game, we saw some very good things. We have to think about tomorrow’s game and do exactly the same. We know that we’re up against a team that have more games under their belts than us. We continue with our preparations and are intent on getting more up to speed and doing as best as we possibly can in this second game.”

“We’re aware that Arsenal have played more games than us, but the important thing for us are the vibes. We want to perform as we did the other day, try and have possession and take as few risks as possible when out of possession. We have to get up to speed and here’s hoping it’s a good game.”

“Sometimes my Spanish is not good enough to explain, I’m gonna try and be clear about his situation. First of all, I’ve never disrespected anybody, certainly not any player. I always say the same thing, that the players are the most important and I will be always with my players. Second, I said that the club was trying to find a way out for him, nothing more. And third, Bale didn’t get ready for the game because he didn’t want to, as the club were trying to sort out his future.

Now let’s go back to the beginning. He is a Real Madrid player, nothing has changed. He will train completely normally, and we’ll see what happens tomorrow. That’s the most important thing. You know the situation and you know what is happening with the club. I’m not at all uncomfortable working with Gareth, I will count on him once more, keep him involved in everything we do. That’s all I got to say on the matter.”

“He knows where he is and what club he’s playing for. He is a player who is training well, he isn’t afraid to play, he likes to play football and that’s a good thing. All the players here are important, so the attention he gets is normal. I don’t know yet if he will play for Castilla or the first team. We’re here to prepare for the season and at the moment he’s training with us, we’ll see what happens further down the line.”

“As I said before, they have played a few more games than us. What we have to do tomorrow is to try and play our game, try to get possession, keep the ball and do what we can best when we don’t have the ball. We have to see how we’re feeling, see how we can play, that’s what we gonna go out and try to do, try to improve things.”

“He is a Real Madrid player and I don’t know what’s gonna happen. You know the situation, I try to work with the players I’ve got here, we’ll see how things play out.”

“His position is on the right wing. But let’s see. The most important thing is to work, and he is doing very well. It’s possible he could play on the right against Arsenal.”