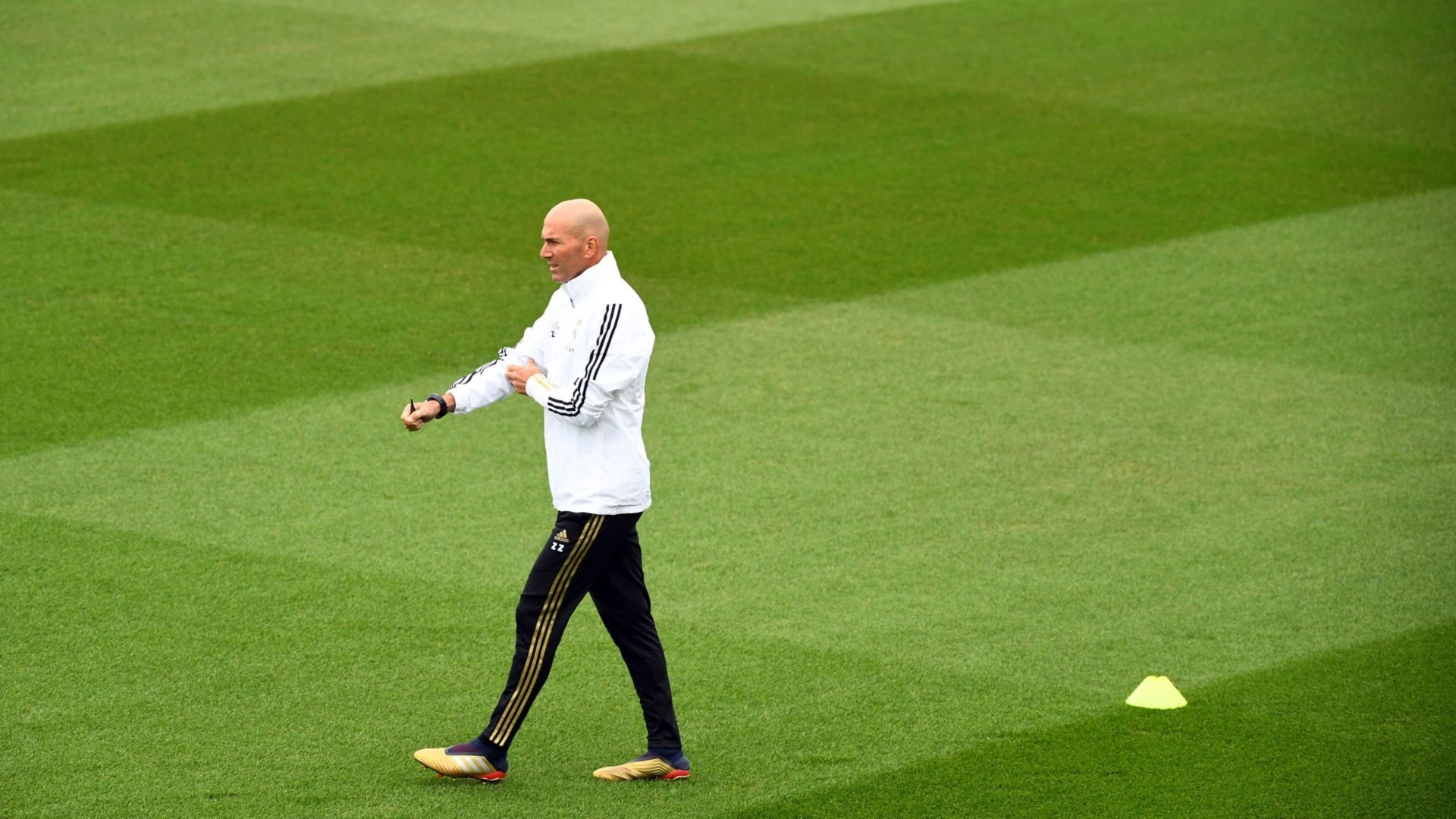 Zinedine Zidane returned to the press room after the international break and spoke to the media ahead of Real Madrid’s fourth match of the 2019/20 LaLiga season. Los Blancos will be looking to return to winning ways at the Bernabéu on Saturday afternoon as they host Levante.

The boss spoke about tomorrow’s match, confirmed that Eden Hazard will be in the squad, and answered questions about the international break, the current injury crisis, Gareth Bale, and having confidence in Vinicius Jr.

Here’s what he had to say…

“We know the situation, we dropped points at the start of the campaign, but the season has only just begun and we know that every match is important. We have another game tomorrow, we know the importance of picking up points. If we give our all, we will have a very good chance of getting three points.”

“It is true that there have been some positive and negative things. We’re without Modric but there are also some players who are coming back in. The squad is what we’ve got, there are no more changes and we’vee got a lot of players. Everyone will have their chance to contribute to the team. Tomorrow we will start with eleven well-prepared players. Yes, Hazard will be available.”

“We have to take it easy with him. He’s been injured for three weeks and has returned to full training a week ago. We all really want to see him but there are a lot of matches and we don’t want to rush it. There is expectation, he’s prepared and I’ll be the one to decide how many minutes he plays. We will have to play with Hazard not only in this game but many more during the season. We have to take it easy, but everyone is ready, especially him.”

“It’s difficult. We know the situation, we are not comfortable with this but it is what it is. The opponent have had 15 days to prepare but that’s the way it goes. We have been welcoming back players this week and there are three that will only have had one training session, but we’re ready and prepared for tomorrow’s game.”

“Luka had two matches in three days but I hope to get him back with us quickly. We can’t think about that anymore, we must accept that he’s injured and tomorrow he won’t play.”

“I’m not going to tell Sergio’s story here, what he has done and what it is. People know what he’s doing, apart from the people who don’t like Sergio Ramos. Everyone knows he is the player who everything for Spain, not just for Real Madrid. He will continue to do great things for Real Madrid and he has said so. He never gets tired of giving everything.”

“It happens to every club, especially at the beginning of the season. We have lot of players who never stop because they are internationals. We work well and I trust the people who work here, they are the best, but injuries happen… I hope that after Luka we don’t have more injured players, but it could happen.”

“I have always said the same, he has unbelievable quality. When what happened happened, everyone knew the situation. Gareth is here, I’m happy, the club is happy, he’s happy and the fans too. All my players are the best. I will have 23 players and I will count on everyone. Gareth is one of them. Today we cannot think about using just 12 or 13 players. I will count on everyone, it’s my philosophy. We’re going to have a lot of games and we want to do our best every day.”

“He isn’t he the same player as last year? Why? You say he’s lacking confidence. I have every confidence in him and I’m the coach. But I have 23 players and I count on everyone. He is 19 years old and is the future of Real Madrid. Everything takes time and he is in the process of doing things right. I count on him but sometimes he won’t play because he will play at another time. 11 players start and that’s how it it. One day you will say that Vinicius isn’t playing and another day you’ll be saying it about someone else. I fully trust him, stop saying I don’t count on him.”