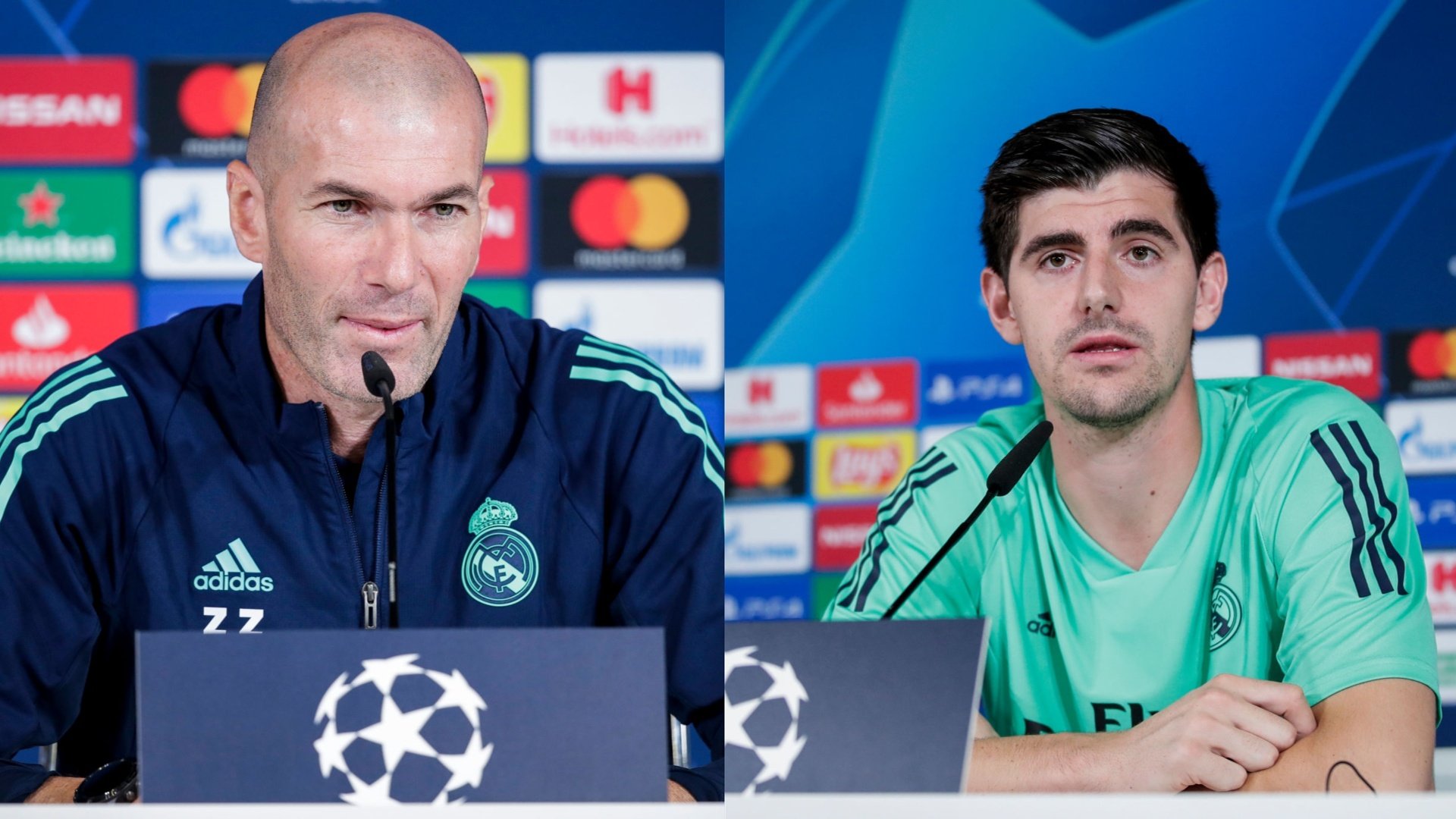 Zinedine Zidane and Thibaut Courtois faced the media at Real Madrid City on Monday ahead of our UEFA Champions League matchday 5 group-stage clash with Paris Saint-Germain, which takes place on Tuesday at the Santiago Bernabéu (21:00 CET).

The pair discussed the match amongst other topics and you can read a full transcript below:

Courtois: “You have to come out strong from the first minute. Against Real Sociedad, we lacked a little intensity at the beginning and we have to learn from that. It will be a great match from the first second and we have to be at it until the 95th minute. We’re up against a great PSG side and we have to try to stop them as a team. The only thing I can do is to give my all in each match and be in the heart of the Madridistas. You win that on the pitch with performances and titles and not with words.”

Zidane: “We need a little bit of everything tomorrow, heart, head, concentration and, above all, good football because what we want is to put in a good performance. It’s another important match against an opponent who’s doing very well. It’s an important match for all the players and for the fans, and we want to put in a great performance. We all have to be ready. We know that they’re having a great season and we know that the demands on ourselves tomorrow have to be higher than all the matches we’ve played so far, but we like to play against good opponents. We all have to be ready and I have to be the first.”

Courtois: “I work in the same way in every match and I don’t think if its against Cavani, Neymar or Mbappé. All the players have quality and their players are among the best in the world, but you have to be prepared.”

Zidane: “You know that I’ve known him for a long time I’m already in love with him as a person first, because he came here a long time ago for a trial. He’s the rival now, so I can’t say any more.”

Courtois: “After the first match against Celta, everyone told me I was doing very well. We conceded very few goals in LaLiga. As a goalkeeper, you can’t lose confidence in yourself. I think about myself and helping the team. I listen to the coach and that’s what’s important. The only thing I can do is give everything I’ve got so that I can win over Madridistas. You have to earn respect out on the pitch and not with words.”

Courtois: “I’ve got a lot of respect for them, they’re a great side. When I was at Chelsea, PSG enquired about me but I was focused on returning to Madrid. You never know what will happen in the future, but I don’t think anything will happen in the near future. I’m very happy at Real Madrid.”

THE MATCH IN PARIS

Zidane: “We’ve changed and improved since that game, but it’s not going to be revenge. We want to show our quality, get a good result and continue with the consistency we’re showing in the LaLiga. We managed to score a lot of goals and not concede. We have a very good team in front of us and it’s going to be a very interesting game.”

Courtois: “We’re here to win games and what we want from him is for him to give everything in training and games and help us win. The Bernabéu may have an opinion, but I’m nobody to talk about it. It’s normal for someone to love their country – and that doesn’t change even when you move somewhere else. He took the mickey a bit [with the flag], but he shows us that he is fully committed, every day he gives his best – he is a complete professional. He was fully involved in Saturday’s game as soon as he came on and he created a lot of danger. It was from his cross that Modric scored. If he wasn’t bothered, he wouldn’t play like that.”

Zidane: “It’s not that I feel it’s bad or good, our fans are important to every player. They’re a big plus and if they’re with us the player feels it on the pitch. The fans were with the team after a while and it’s what we want from minute 1 to 90.”

Courtois: “We knew it could happen. Like the rest of the team, I was focused only on the game. Obviously you can hear it, but we were in a very tense game and while you can hear it, you aren’t aware of what the Bernabéu are whistling about. We know the public is very critical and always wants us to be at 100%.”

Rodrygo out with injury