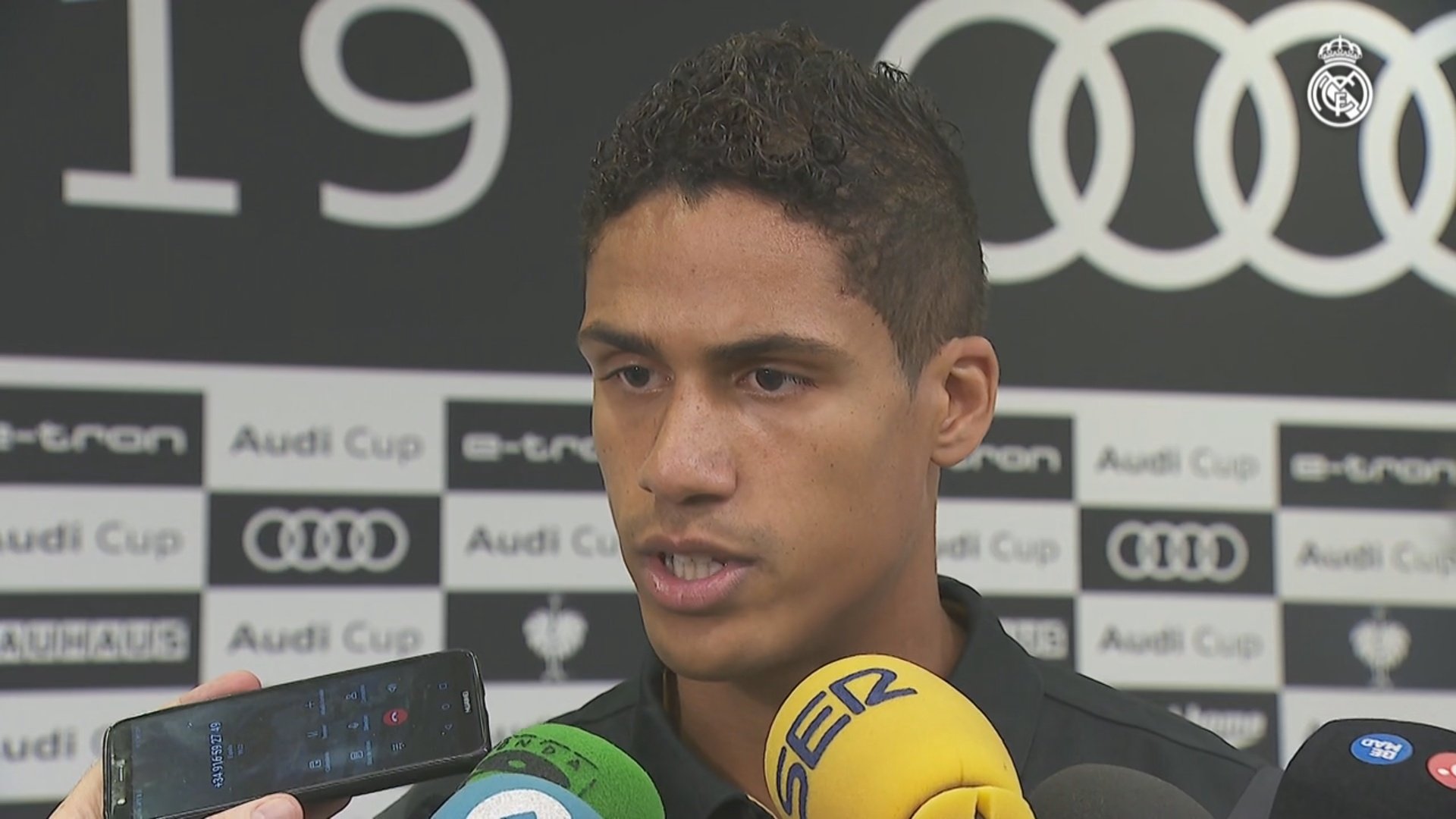 Raphael Varane delivered his verdict in the aftermath of the Audi Cup semi-final loss (0-1) against Tottenham and insisted that the team will be ready once the official season starts. The defender discussed a number of other topics as well, including the signing of Paul Pogba.

“We always want to win, but we’re working on that and I trust in the work we’re doing. We’re gradually growing and getting into the groove. We’ve got to keep calm and believe in our work. I’m sure that it’ll reap its rewards. On an individual level, we make technical mistakes but they can be addressed,” The defender said.

“I remember in 2017, when we won everything going, we had a poor start to pre-season with several defeats. Everyone knows that when the season begins for Madrid, it’ll be a different story, but that’s not an excuse. We’ve got to be calm, when things get started we’ll be ready.

“We failed to compete the other day and we did that today and that’s important. We’re focused on our target and I’m certain that we’re going to improve over time and take the concepts on board. We’re also doing very well on the fitness side of things.”

Real Madrid have been linked with a number of players this summer as Zinedine Zidane is rebuilding his squad, and the future of some players in the team are still uncertain, as well as the potential arrivals that can still occur.

“We know that there can be changes to the squad during the transfer window, that’s never a comfortable situation but you’ve got to put up with it. It’s the same every year. We’ve got to be professional and the future of each player will be resolved.” Varane said.

Keylor Navas produced a fine performance in the absence of Thibaut Courtois, and it’s thanks to him that the score remained only 0-1.

“He doesn’t need to prove his worth. We know that he’s an excellent goalkeeper and we really love him. There’s competition all over the pitch. That’s good and makes us all better.”

The Whites are still yet to win a pre-season match in regular time, having only won in a penalty shoot-out against Arsenal, but Varane believes Zidane remains calm despite the discouraging performances and results.

“I don’t see him as being worried. He instills calmness in us because he’s aware of our potential. We’re tweaking things on an individual and collective level. He knows what we’re capable of producing and it’s perfectly normal that more is expected of us from the outside, but internally we know that we’re working hard to be ready.”

Paul Pogba has been heavily linked with a move to the Spanish capital all summer, with his agent and the player himself publicly stating that it would be the ideal time for a new challenge.

“We’ve got a superb team and he’s a great player. I know him really well and he would be fantastic for any team, but I trust in my teammates’ ability. We’ll have to see if any players come in but I’m counting on my current teammates.” concluded Varane.