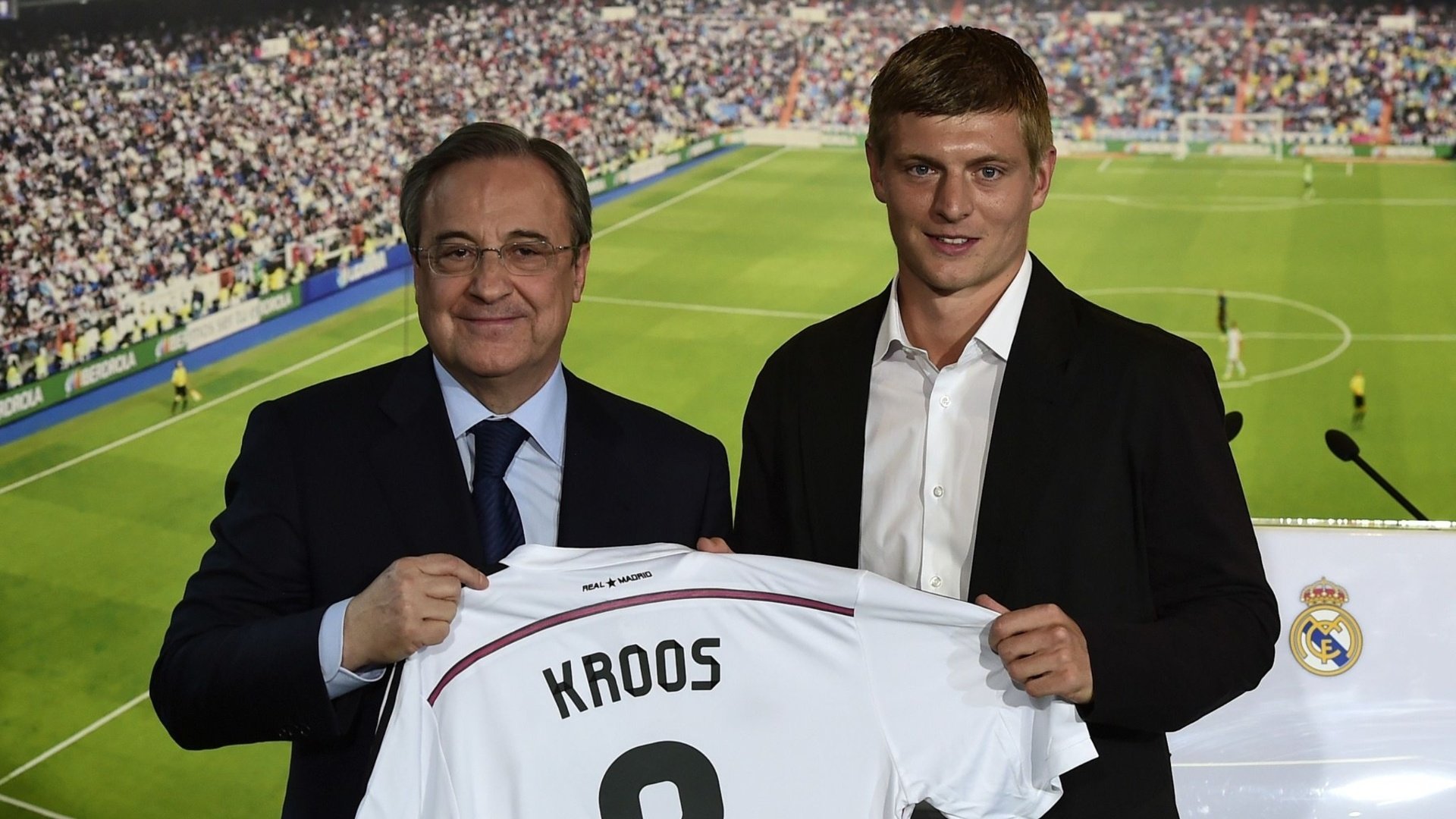 17th July 2014, Toni Kroos gets unveiled inside the Bernabéu. Five years later he’s one of Real Madrid’s most successful midfielders ever.

Having arrived as a fresh World Cup winner, the German quickly established himself in Carlo Ancelotti’s starting line-up and has, since then, featured in 233 games for “Los Blancos”.

After a disappointing first season without winning any trophy, Kroos was a key player in Real Madrid’s legendary team which went on to win back-to-back-to-back Champions League trophies under the regime of Zinedine Zidane. Apart from 3 Champions League titles, he has also won 1 LaLiga, 3 UEFA Supercups, 4 Club World Cups and 1 Spanish Supercup in the white shirt.

Not a scorer of many goals, Kroos always impressed with his calmness on the ball and his ability to read and lead the game as well as his pin-point passing accuracy. Kroos has been an undisputed starter for the “Merengues” ever since his move from Bayern to the Spanish capital and will probably continue to be one for the next few years after signing a new contract in May at Real Madrid until 2023.

‘I was afraid when I signed for Real Madrid’ – Ferland Mendy