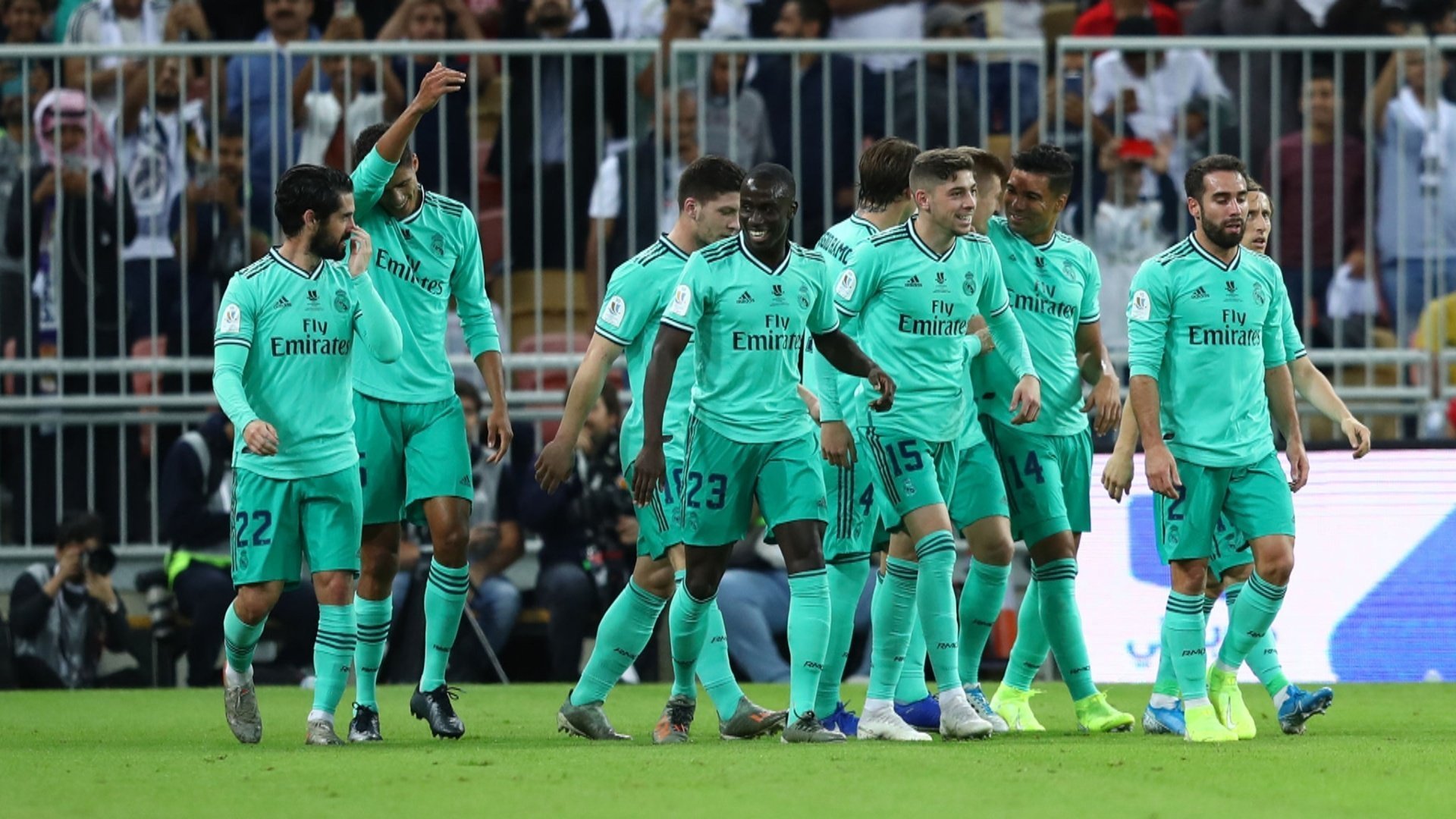 Real Madrid have secured a place in the Supercopa de España final after bullying Valencia in Jeddah. The scoreline reads 3-1 in favor of Madrid but it was much more commanding game for them. Real Madrid will now play in an El Clásico or in a Madrid Derby, in three days’ time.

Zidane went to Jeddah without his four best attackers – Benzema, Bale, Hazard and Asensio. Despite having Lucas, Vinicius, and Rodrygo as options on the wings, Zidane decided to go with five central midfielders and no wingers at all. The game was done and dusted right there. Modric, Kroos, Casemiro, Valverde, and Isco gave them unprecedented control of the midfield. Carvajal and Mendy operated and wing backs while Ramos and Varane mopped everything that came their way.

From the very first minute, Real Madrid never looked worries for a moment. They kept things slow, but under control. The five midfielders were practically bamboozling Valencia and offering no possession. Carvajal and Valverde hounded any charge from Valencia on the right flank and they always found Modric as an outlet. Varane could have opened the scoring, in a similar fashion as he did over the weekend. He connected with an open header from Casemiro’s cross but Jaume did very well to keep it out.

Real Madrid opened the scoring just after the first quarter of an hour. Toni Kroos was very intelligent to spot the empty net before taking a corner. He curved the ball directly from the corner to score and Madrid asserted the complete authority on the game with the first goal. Every Madrid midfielder was feeding off each other’s high confidence. But Jovic was barely getting touches despite being the only target man in the team. Ferland Mendy was doing very well defensively but he was void of ideas whenever he found himself on the left flank or half-space near the Valencia box.

Before the half-hour mark, Valencia made a penalty appeal for a challenge on Soler. Kevin Gameiro got a great chance to score from close range soon after but he put it above Courtois’ goal. On the 40th minute, Real Madrid doubled their lead. Carvajal spotted Fede’s run into the box who squared it for Modric. The Croatian was denied but Isco made no mistake from the rebound volley. Isco almost scored his second a couple of minutes later. His header from a corner hit the post. Jovic couldn’t convert from the rebound this time.

Casemiro and Valverde took a few long-range shots in the first half but they went wide of the goal but Fede came close to scoring in the second half. Modric did brilliantly to keep the ball in the box by flooring two Valencia defenders. Valverde’s quick-strike, however, went wide. Four minutes later we saw a glimpse of Luka Modric in his absolute prime. The 2018 Ballon D’or winner found the ball from Jovic, took a step over and scored with a venomous outside-of-boot strike. The crowd erupted. We must mention Isco for this goal as well. He initially spotted a heavy touch, won the ball and started the move.

Madrid made three changes in the second half, in different phases of the game. Marcelo, James, and Mariano replaced Mendy, Modric, and Jovic. James came close to scoring after he turned a defender inside out but his shot could only end up as side netting. Mariano looked sharp despite being out of the squad for most of the season so far.

Valencia won a late penalty, thanks to VAR. Sergio Ramos was found guilty of handling the ball and Parejo calmly scored from the spot. His goal was of course not enough to stop Real Madrid from advancing to the final. Isco was having a horrible time recently but this game was completely different. The Spaniard looked close to his best version against his former side tonight. His positioning was spot on in the deeper and advanced areas of the pitch. We saw some of his dribbling magic as well. He scored Madrid’s second and was a key part of the third goal as well. Isco Alarcon is our man of the match.

OFFICIAL: El Clásico has been postponed