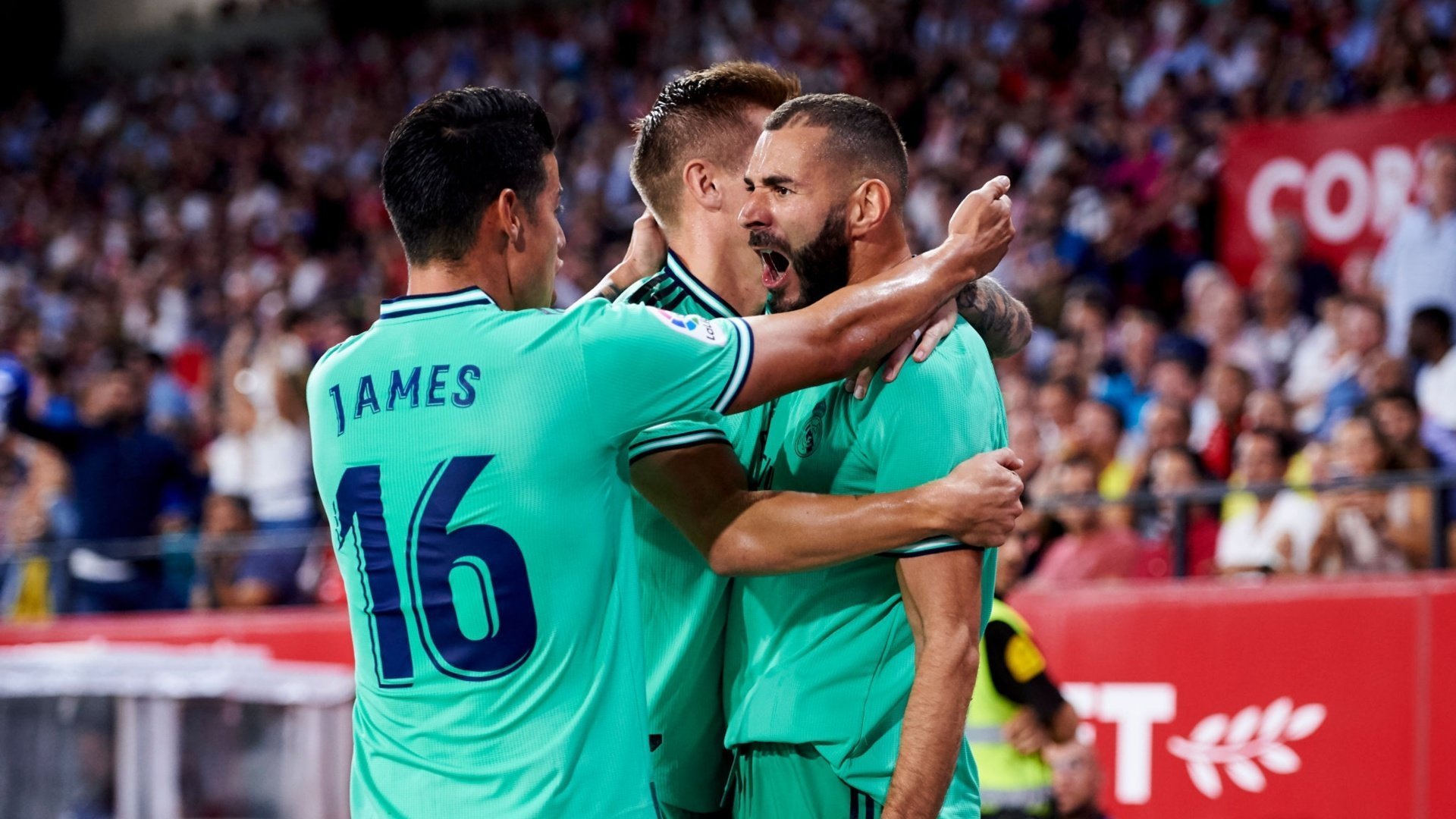 Real Madrid have responded in remarkable fashion after the disaster in Paris as they have beaten Sevilla by a single goal to be joint-league-leaders along with Bilbao. A collective team effort full of energy and concentration was much need at this crunch time for Los Blancos.

As we predicted, Zidane retained 10 players from the XI that started in the Champions League while Sergio Ramos returned in place of Militão. Real Madrid played some really good football in the first 45 minutes. The key difference was the level of urgency Real Madrid showed when they lost the ball. The formation effectively became a 4-1-4-1 where Kroos, James, Hazard, Bale and Benzema pressed Sevilla deep into their own half to win the ball back by forcing desperate clearances.

Dani Carvajal and Casemiro were on-point as well with their ball recoveries. James Rodriguez continued his great domestic form as he lead the Real Madrid press in the Sevilla half. The Colombian won the ball quite remarkably in a dangerous position to pass it to  Benzema who laid it forward for Hazard but the Belgian couldn’t open his Real Madrid account from a tight angle. James also found Carvajal with a beautiful through ball in another occasion but the Spanish fullback wasn’t able to capitalise from close distance as Vacilik made another great save.

Madrid were defensively solid as well as they kept dealing with Sevilla’s corners and counters with firm authority and organization. Thibaut Courtois hardly had to force any difficult save in the first half as his defense line seemed to be in control for most of the times. Ferland Mendy did very good defensive work to stop the surge of Jesus Navas and Vazquez.

Real Madrid kept their hard work intact in the second half as well and they were finally rewarded by the only goal of the game on the 65th minute. The goal was a collective reward for Real Madrid’s aggression and pressing as they won the ball deep into the Sevilla half where Bale and Carvajal combined brilliantly to feed Benzema who scored with a well-timed header. Even after scoring, Madrid kept their defensive shape and concentration. Even Eden Hazard was seen inside Madrid’s penalty area, covering for Mendy.

Sevilla made two attacking substitutions in Notilo and Chicharito but they never troubled Real Madrid although the Mexican had a goal disallowed as he was caught offside.  Frede Valverde and Lucas Vazquez came in for James and Hazard late in the second half and they helped Real Madrid to keep their tempo consistent.

This was a crucial win for the team to bounce back and they responded to their managers call for a much better level of intensity. The days of one man carrying this team were gone the moment Cristiano Ronaldo left, so, Real Madrid would have to produce team-efforts like this one more often if they wish to win any silverware at all. Real Madrid’s pressing was the most wonderful thing to enjoy in this game as they hunted in packs whenever they lost the ball. Defenders stayed with their attackers until the very last moment to force an error which was crucial in achieving the first clean sheet of the game.

This was a near-perfect game but to achieve perfection there is still some work to do. First and foremost, Zidane must ensure that his players walk out in the pitch with the same attitude they showed in this game, week in and week out. Madrid still have some skills to sharpen at this stage of the season. The finishing has not been upto the mark at times, the passing had some inaccuracies as well. Crossing would always remain a key trait of Zidane’s Madrid and Ferland Mendy’s level of crossing is in no way consistent with the level that Real Madrid requires.

LaLiga 2019/20 fixture release date – Everything you need to know