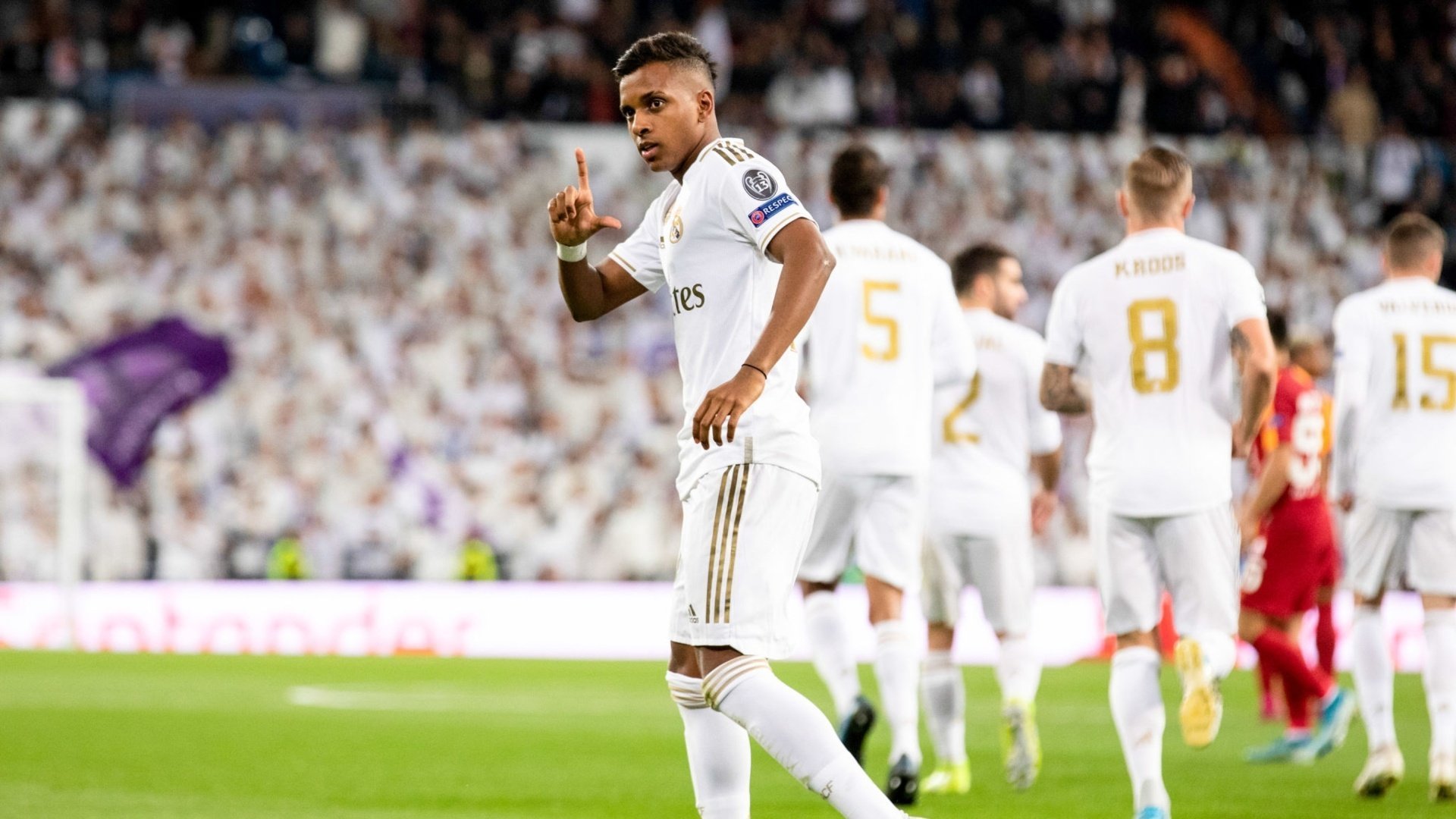 His name starts with an R, he has a 7 on his back. He lit up the Bernabéu on a Champions League night with a perfect hat-trick (left foot, right foot and header). Does it sound familiar, Real Madrid fans? It must be because these are the nights that made this club and its biggest superstars. Rodrygo Goes has arrived on the big scene on a perfect European night. Zidane’s men demolished a hapless Galatasaray side with six goals. It’s been a game that Real Madrid fans have been wanting for a really long time.

It was all about Real Madrid and Rodrygo Goes in this game. Galatasaray had one of their worst nights possible as Courtois had one of his easiest days on the job. Rodrygo opened the scoring on the fourth minute with a beautiful curling finish with the left foot. Only three minutes later, he rised above everyone to score with a perfect header as the home side went 2-0 up.

More misery was piled on the Turkish side when Toni Kroos was fouled just inside the area as confirmed by VAR. Sergio Ramos, with ice in his veins, scored a trademark panenka penalty that went onto hit the roof of the net. Rodrygo robbed a Galatasaray defender on the edge of the box to put it on a plate for Benzema who calmly finished to put Madrid 4-0 up just before halftime. 45 minutes of Football hardly gets better than this. Marcelo’s injury ridden substitution was the only thing against Real Madrid in this half.

The entire Real Madrid team was oozing with confidence in the second half as well. They were not as prolific as the first half but Zidane’s men remained in complete control. Modric and Isco were the final two changes for Madrid.

Benzema grabbed his second of the night after the 80th minute mark of the game and the Frenchman assisted Rodrygo to grab his hat-trick in injury time to complete the 6-0 thrashing.

Real Madrid have found two real gems in Rodrygo Goes and Fede Valverde. The energy, decision making and calmness in tight spaces is already remarkable. Marcelo’s injury will give Zidane a headache but Mendy was up to task as well. Another worrisome matter could be Hazard’s scoring form although the Belgian is looking sharper in each and every game. Credit must be given to Madrid’s defense as well as Courtois is on a great streak of clean sheets right now.

Real Madrid have scored 10 goals in the last three home games and they had two great games against Leganes and Galatasaray in this streak. The Betis game was not that bad either with some refereeing decisions going against them. This is some much needed momentum for Zidane’s side. They finally have a ‘Gala XI’ with Valverde and Rodrygo being pivotal to that setup. Only time will tell what this means for the likes for Modric, Isco, Bale and James. But for now, Zidane has fixed up his best starting line-up and we don’t see any good reason to change that if the players remain fit.

The youngest hat-trick scorer of the Champions League since Real Madrid icon Raul, Rodrygo Goes is our man of the match tonight for his Bernabeu blitz.