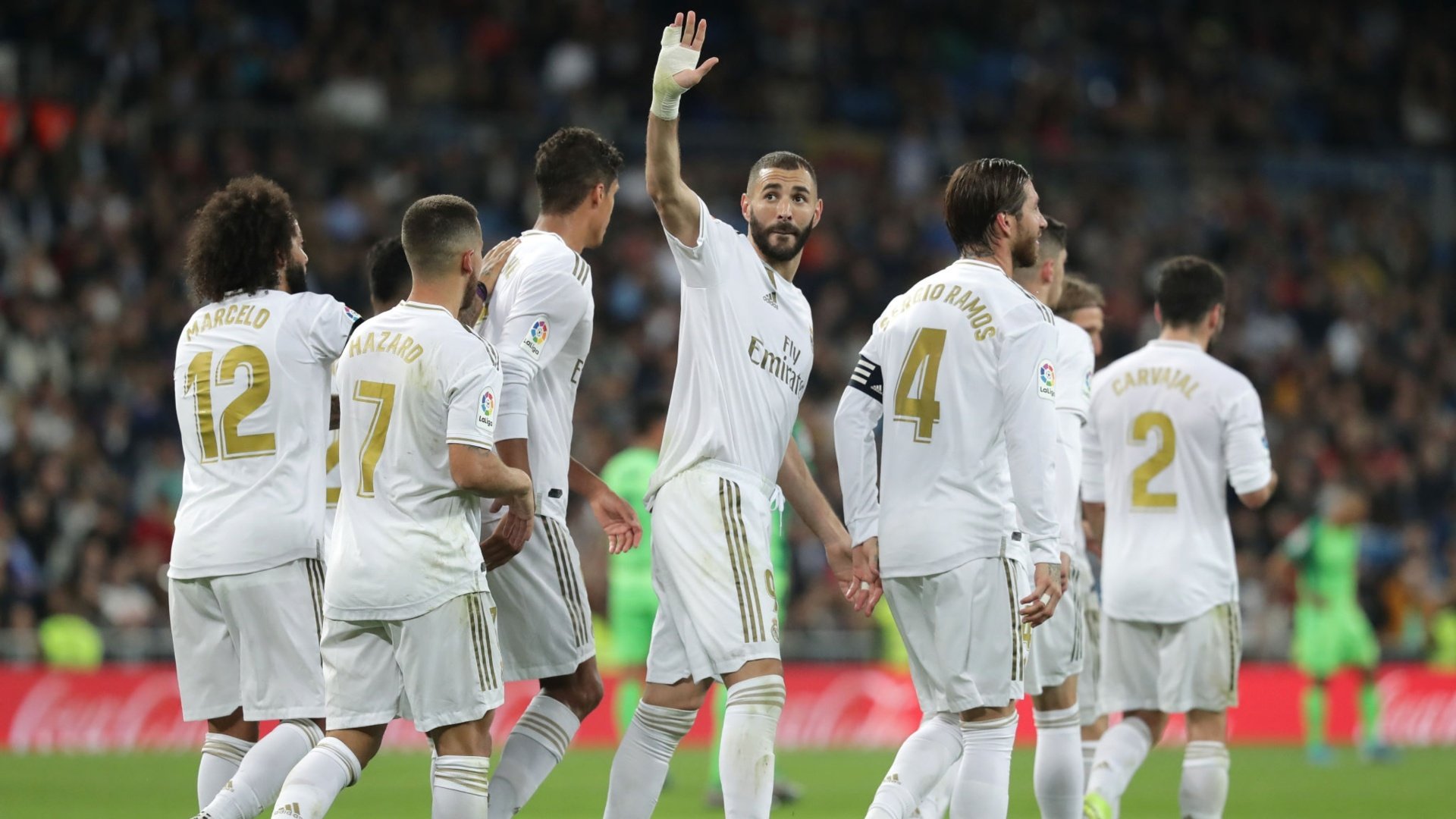 Real Madrid cruised past a hapless Leganés side with a 5-0 thumping at the Bernabéu. Madrid were just too strong for the team at the bottom of the La Liga table in a game that brought Luka Jović’s first goal for Real Madrid. Here’s how things unfolded at the Spanish capital:

Contrary to public belief, Zidnae didn’t make any changes to his XI that played against Galatasaray. His trust on Valverde is increasing and it is also evident that he doesn’t feel the same about Militão and Mendy. Especially, the French left-back was deemed to be a favorite of the manager earlier in the season but after coming back from his injury, Mendy has been a mere outcast. Surprisingly, Leganés made a whole host of changes too for this game. From goalkeeper to striker, their XI that player against Mallorca is almost unrecognisable from the XI that started at the Bernabeu.

It didn’t take long for Madrid to take the lead on the sixth minute of the game after Benzema, Hazard and Marcelo orchestrated a smooth transition and Rodrygo scored from a simple tap in. Madrid double their lead within two minutes of that sequence as from a counter-attack as Karim Benzema got his second assist in two minutes while Kroos was the scorer from close range this time.

Real Madrid went 3-0 ahead on the 24th minute after a penalty fiasco. Sergio Ramos initially missed from the spot but the penalty was retaken after VAR had intervened. Soriano had stepped forward from his position before the original shot was taken. Ramos made no mistake from the re-take though and Madrid gained a three goal lead.

Leganés kept the Madrid barrage at bay until for a good 20-25 minutes of the second half. Madrid made some in-roads in the meantime but nothing significant. Karim Benzema hit the post around the 65th minute of the game but he shrugged off the disappointment soon after, on the 68th minute as he converted a penalty calmly to Soraino’s left. Real Madrid’s first man from the bench, Luka Modric was fouled in the box, which won the penalty for him.

Benzema was taken off immediately to give him some much needed rest and Luka Jović came on for him. Jovic tried to make his mark immediately as well but his header was disallowed for offside on the 75th minute of the game. Isco came on for Valverde as Madrid’s final change.  Luka Jović finally got his first Real Madrid goal in the dying minutes of the game as Dani Carvajal’s cross found his head to put Madrid 5-0 up.

Rodrygo continued to impress in this game as well as his game awareness in the final third is way better than Vinicius Jr. Benzema was Madrid’s best player once again but cannot exaggerate the performance too much as it was against the bottom team of La Liga.

Madrid have previously come close to blowing up 3-0 leads at the Bernabéu this season but today they kept the intensity intact even in the second half but again we must mention that, Leganés didn’t look too threatening at all throughout the game.

For his two assists and the goal, we are featuring Karim Benzema as our man of the match after this 5-0 battering of Leganés.

The Santiago Bernabéu primed to become a modern masterpiece