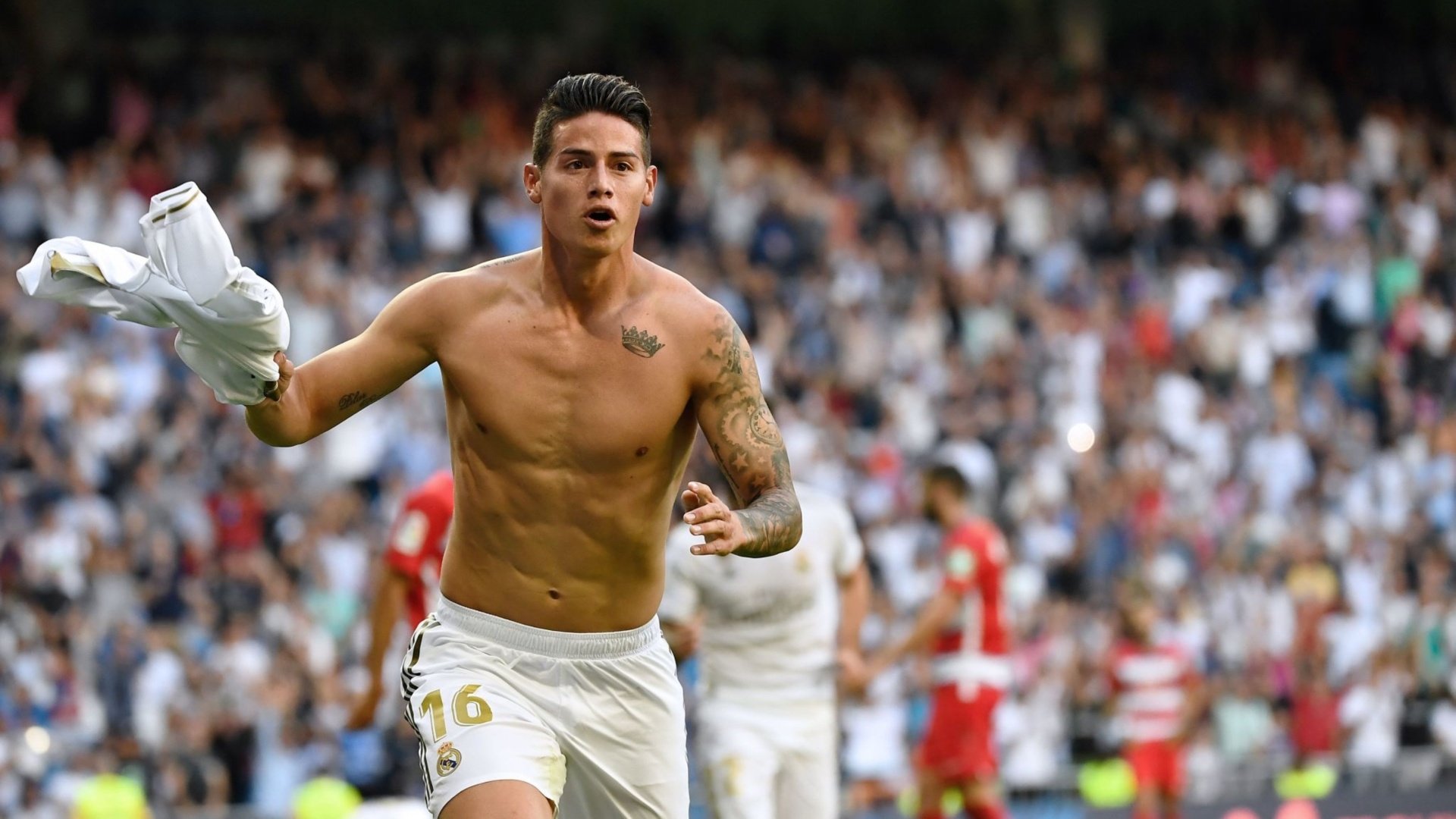 Granada gave Real Madrid a customary scare at the Bernabeu after Madrid almost blew a three goal lead but James Rodriguez ensured, Los Blancos will head into the international break as leaders of the league. It wasn’t a flawless performance from Real Madrid by any means but the Bernabeu crowd finally witnessed Eden Hazard’s first goal for the club. Thanks to the 4-2 scoreline at the full-time whistle, Real Madrid remain on top with 18 points after eight rounds.

Real Madrid started the game strongly as Gareth Bale found Karim Benzema on the edge of the six yard box with a beautiful outside of the boot pass, which the Frenchman easily converted. After going ahead within the first couple of minutes of the game, Madrid continued to create chances. Fede Valverde, the surprise inclusion in the Madrid line-up, was bossing the midfield on all fronts. He was recovering balls, creating chances and getting at the end of goal bound chances, all by himself. Two clear-cut goal scoring chances were poorly missed by Dani Carvajal. During the build up of the first of those two chances, a simple pass to Benzema would have sufficed for a goal but the make-shift left-back for the afternoon decided to shoot and failed miserably.

Madrid had to replace Toni Kroos with Luka Modric around the 30th minute mark as the German felt some discomfort. Madrid’s possesional superiority remained intact despite the switch and they looked quite solid in defence as well. Just on the half time mark, a moment of brilliance from Valverde left Hazard with space in front of him and the Belgian finished with a beautiful chip to score his first official goal for his dream club.

Madrid played near perfect football to begin the second half as well as Modric scored a golazo from outside the box with a rocket-finish. But nowadays, it doesn’t take long for Real Madrid to implode into a defensive mess. Due to an unthinkable back-pass routine, Areola condeced a penalty and Machis converted it calmly. Raphael Varane made a goal-line clearance soonafter but following that stream of play, Granada made it 3-2 from a corner and the fear started to creep in, once again.

Isco and James came on for Hazard and Bale but the Spaniard struggled initially to make an imapct on possesion. However, the nerves at the Bernabeu were finally calmed by James Rodriguez as the Colombian found the net after a devastating counter attack from Real Madrid in the dying moments of the game.

Fede Valverde has been a revolution so far as he has repaid his manager’s faith whenever he has been called upon. With his physique it is difficult to be a box-to-box midfielder but quite astonishingly, the Castilla gradudate has managed to do so. Toni Kroos was forced off the field today which may be a blessing in disguise for Los Blancos as the German can have some much needed rest before crucial fixtures against Galatasaray and Barcelona.

There’s is not much to add regarding Real Madrid’s defensive troubles but it wasn’t a top notch performance from the Madrid backline. Karim Benzema is well and truly the spearhead of the team right now. Cristiano Ronaldo didn’t just leave with 50 goals per season but Madrid were also missing his leadership in attack. Karim Benzema, however, with time, is emerging as a leader of the pack as well.

Larger group training to return on Monday in Spain