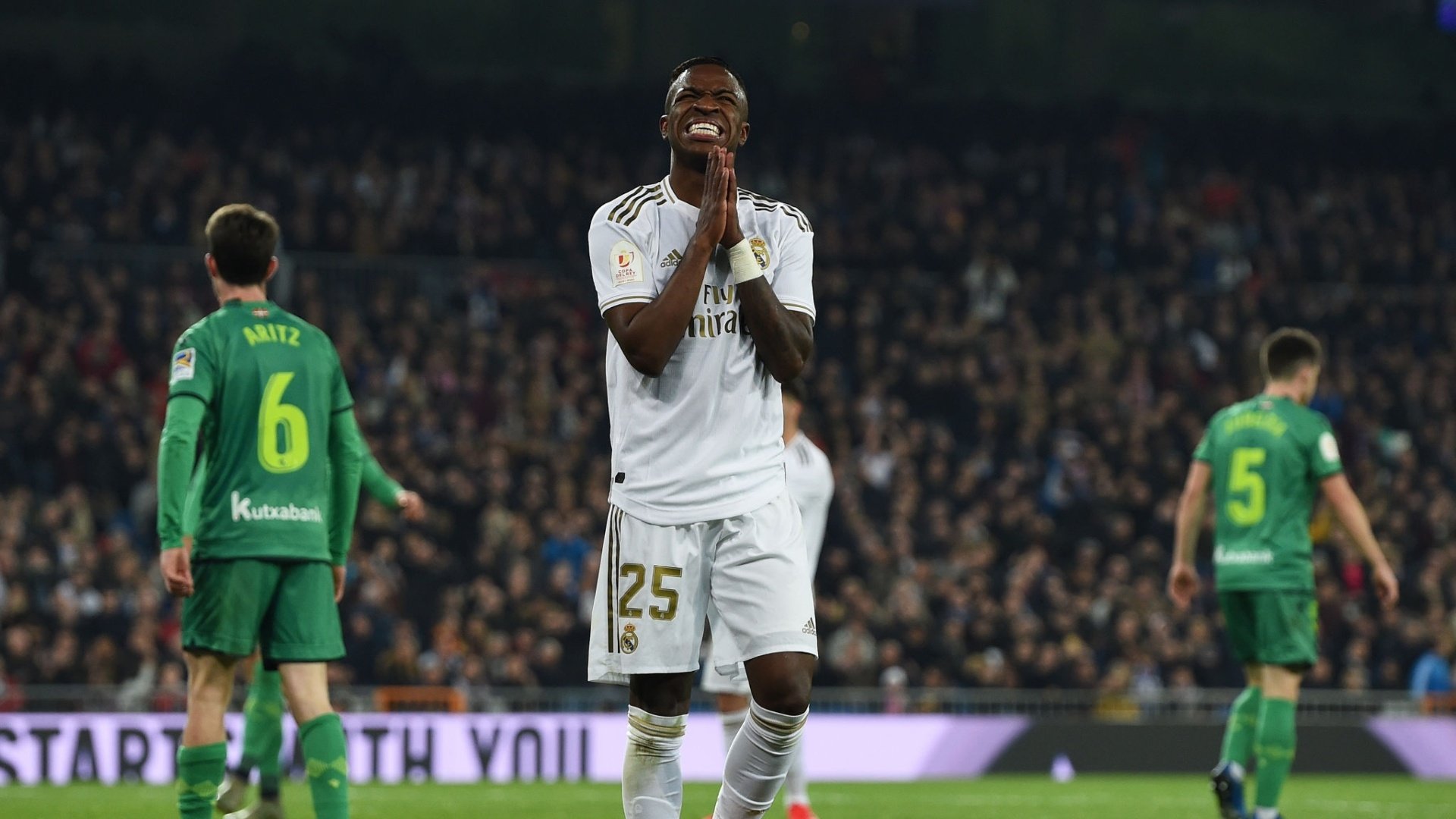 Real Madrid could not bury their ghosts from the past in the Copa del Rey. In an unforgiving night at the Santiago Bernabéu, they fell short against a resilient Real Sociedad team. It was an unforgiving night for many reasons. Zinedine Zidane, first of all, got his tactics wrong. His team selection was not stellar either. He started with Nacho at right-back and Marcelo at left-back having Casemiro ruled out due to an illness and Varane being rested. This did not go well for Real Madrid. They were extremely vulnerable on both flanks defensively as Real Madrid’s defensive shape vaporized due to the absence of Casemiro. Meanwhile, Kroos and Valverde were not really coping up with their defensive duties in this particular game.

On the other hand, Real Sociedad looked very well-formed at the back and they were looking for opportunities to go ahead, whenever they could. Real Madrid’s struggle started with their very own Martin Ødegaard. We featured Ødegaard as our player to watch for the game and he did not disappoint anyone except Real Madrid fans on the night. Sociedad striker Isak took a good strike from outside of the area that Areola could only push away. The rebound fell to Ødegaard who made no mistake to put it between the legs of the goalkeeper and Sociedad went ahead on the 22nd minute of the game, against the complete run of play. Real Madrid needed a quick reaction but it was completely missing. Sociedad dominated the game on possession almost equally as Real Madrid in the first half.

Real Madrid’s way to attack was obviously through their flanks. Marcelo and Vinicius were deployed on the left. Brahim was operating from the right-wing. Benzema did not seem to be as involved as he usually is in Real Madrid’s build-up play. James Rodriguez as a central midfielder was never a good idea. The Colombian was struggling to keep up with the pressing of the Sociedad midfielders.

There was no real cohesion with James and the other Real Madrid players in the final third. Another surprising tactical observation was that Real Madrid was leaving acres of space ahead of the Sociedad midfielder- Merino. Madrid’s high pressing did not work according to their plan at all. Due to the high press, Sociedad got plenty of space to run into the Real Madrid half and they created chances quite easily. Isak came close to scoring twice in quick time in the first half but both times, his shot was way over the goal. He got a third chance from a similar counter-attack when Oyarzabal fed him from the left-wing. But his right-footed shot was over the bar this time as well.

Real Madrid got three notable chances of scoring in the first half. It was Benzema who dribbled past a couple of Sociedad defenders inside the box but the angle was too acute for the Frenchman to convert. The second opportunity came through James Rodriguez as his curling shot from outside of the box was easily saved by Remiro. There was a time when James Rodriguez would score these with his eyes closed. The third chance fell to Fede Valverde. After Brahim and Vinicius were in a huddle inside the Sociedad area, Valverde picked up the ball from a decent distance and had a go at it. Remiro once again saved it with relative ease.

Zinedine Zidane made an immediate change after the first half. James was taken off and Luka Modric arrived in his place. But the second half was a complete bloodbath for Real Madrid. Sociedad made a change as well but it did not take much longer for them to score the second goal. First Isak got one goal disallowed by the VAR but it only took him moments to score again on the 54th minute. The big man doubled Sociedad’s lead and it took him only a couple of minutes more to triple it from a devastating strike. These were a couple of demoralizing strikes for Real Madrid. Their shoulders were down and an exit was looming large.

Real Madrid kept trying and trying from both the flanks to deliver the ball into the middle of the box but the goals were just not there. The only thing Real Madrid can take away from this game is- the excellent form of Vinicius Jr. The Brazilian was in blistering touch and every Real Madrid attack from the left-wing had his name written all over it. However, Real Madrid got one back round about the hour mark of the game through Marcelo after Remiro couldn’t control the ball and it ended up in the back of the net.

At this point in the game, Real Madrid were pretty much controlling the tempo of things. But the Sociedad defense stood still. On the 69th minute, Merino did the unthinkable and scored the fourth while vaporizing Real Madrid’s comeback hopes. Zinedine Zidane made a couple of late substitutions with Rodrygo and Jović as Brahim and Valverde made way for them.

Vinicius Jr. got one goal disallowed due to offside after the VAR had intervened. But he made sure his Brazilian teammate Rodrygo scored just moments later. Vinicius squared the pass after dribbling across the left-wing and it was a simple tap-in for Rodrygo. The crowd was sensing an epic comeback, which never arrived in the end. There were six minutes of stoppage time and Real Madrid scored their third on the 93rd minute after Nacho had headed the ball into the net from a Karim Benzema assist. Real Madrid tried their best in the remainder of stoppage time but they could not score the equalizer.

This is Zidane’s third Copa del Rey campaign with Real Madrid and they have crashed out of the competition in the quarter-final stage in all of the three terms. Now they must move on in La Liga and in the Champions League but Zidane still has a lot to think about the true depth of this team.

La Liga suspended for the next 2 weeks