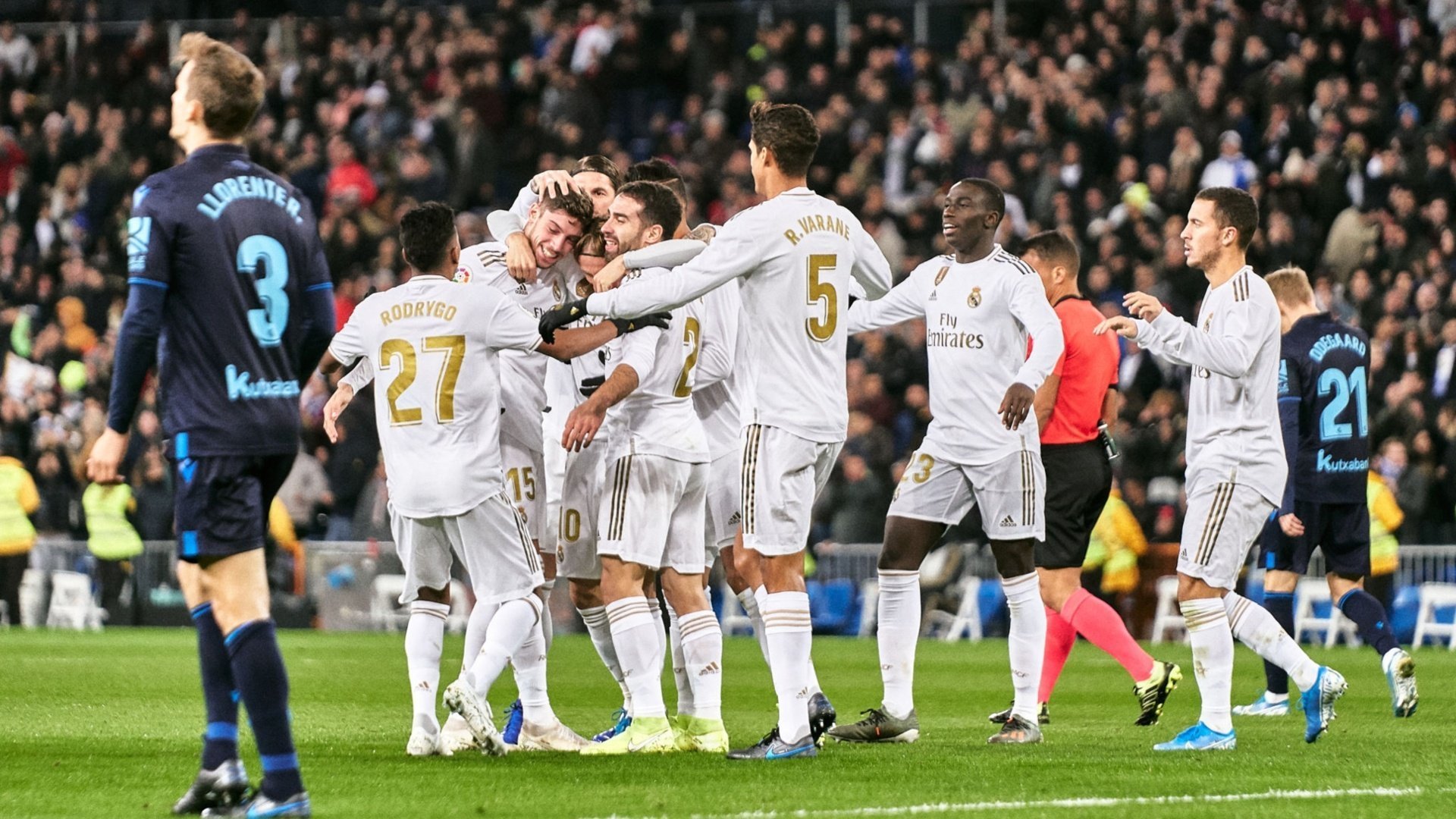 After shrugging off the early scare, Real Madrid worked hard to get a big win against Ødegaard’s Sociedad at the Bernabéu. The game ended 3-1 in Madrid’s favour and kept them level on points with Barcelona in their bid to the title after 13 rounds. Here’s how it happened:

Real Madrid got off to the worst possible start as Sergio Ramos’ poor back pass was picked up by Willian Jose who put La Real ahead on the first minute. Madrid kept chasing the game from that point onwards.

Sociedad weren’t necessarily very attractive in their approach. They started pressing really high in the early minutes but Madrid have enough stability now with Casemiro and Valverde. Casemiro practically swept everything away that the defenders couldn’t get a hold of.

However, Oyarzabal came close to doubling the lead on the 15th minute but Courtois denied it brilliantly after Carvajal was floored by the striker.

Hazard and Mendy both came close to scoring from long range but they were denied by the Sociedad goalkeeper, being the last line of defence.

Late into the half, Karim Benzema equalised with his chest from a great delivery from Modric. That was pretty much the final piece of significant action in the half. Madrid won a freekick near the right flank and Luka Modric delivered a pin-pointed long delivery which was met with conviction by the La Liga top scorer of 2019-20.

Right after the break, Real Madrid took control of the game. Fede Valverde put Real Madrid ahead with a great finish from 25 yards out after Modric laid it on his path.

Real Madrid were a much more flexible side in the second half as Benzema often exchanged the left flank with Hazard. The Belgian was creating opportunities left and right, especially in sync with Ferland Mendy. The Frenchman was a defensive rock but going forward, it seemed he still needs some of that flair Marcelo naturally brings into the equation.

Sociedad threatened here and there but there was no conviction in their play. Real Madrid’s talisman, Benzema then returned the favor to Modric on the 74th minute and the Croatian made it 3-1 with a devastating finish. The game was effectively put beyond La Real’s reach after Modric’s goal.

Bale, Isco and Kroos came on for Rodrygo, Valverde and Modric. Bale was received by a banner saying, “Rodrygo, Vinicius, Lucas, Bale. In that order.” The reaction from the crowd wasn’t surprising at sharp. Bale was jeered and whistled at almost every instance when he touched the ball. His teammates didn’t let it become a huge deal as they welcomed him quite normally in the goal celebration.

It did not have any significant effect on Bale either. He looked sharp and in fact came close to scoring in stoppage time after nutmegging the keeper.

Apart from the misjudgment of a back pass from Sergio Ramos, it was once again a solid performance from Zidane’s men. The confidence is growing among the players and it clearly shows in every passing game.

Eden Hazard drew a blank again but it was a good performance from him. Mendy, perhaps, could be a bit more effective when he is going forward. But Madrid needed this kind of a grinding yet good performance before facing PSG.

Last but not the least, the manager has to be credited for the work he has done to inject confidence into the likes of Valverde, Casemiro and Modric who had a game consistent with his extremely high level.

Two assists and a decisive goal makes Luka Modric the man of the match for us tonight.

Mijatović: “The one who is going to have problems is Bale”