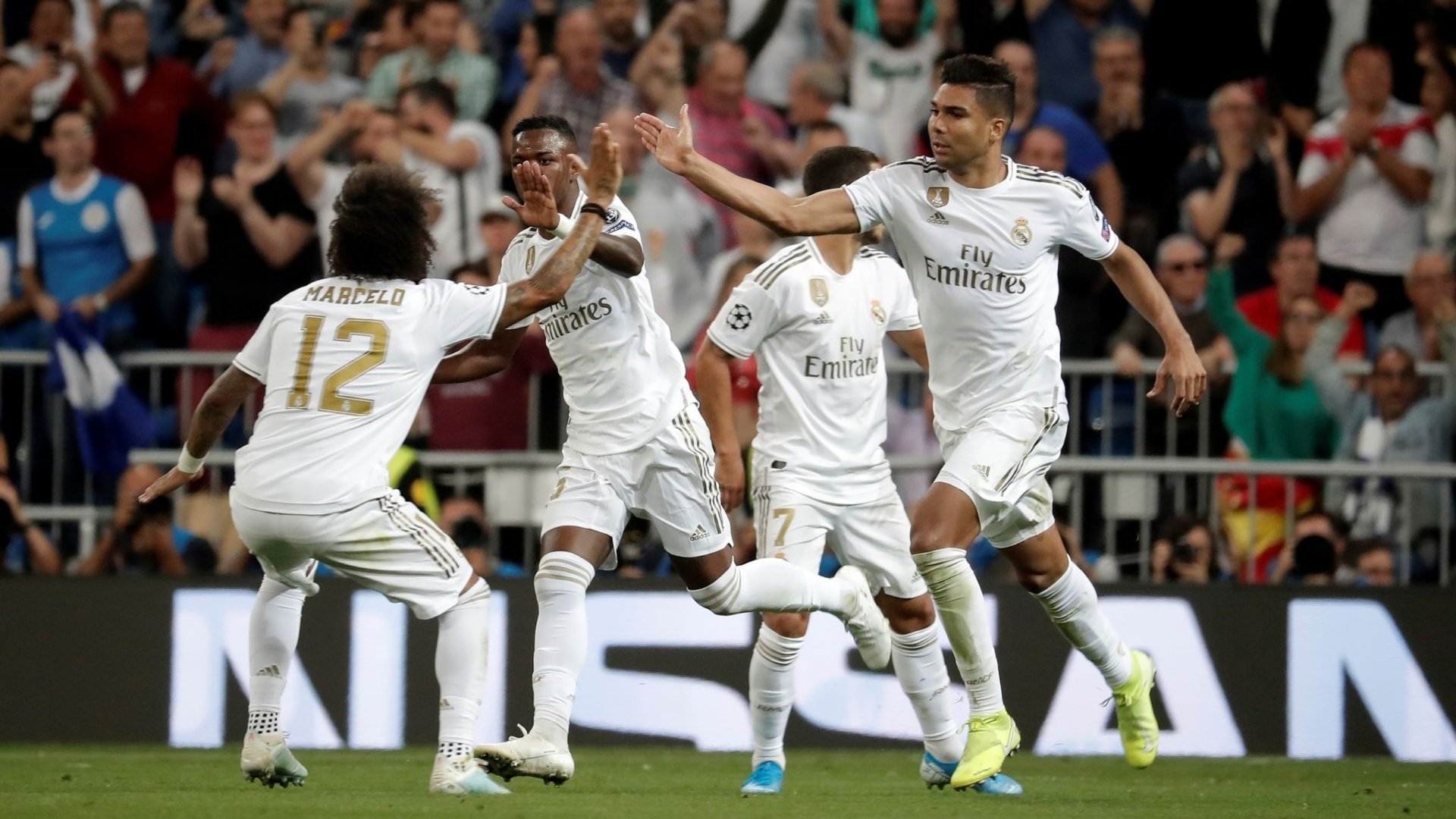 Photo by Burak Akbulut/Anadolu Agency via Getty Images
Advertisements
Real Madrid’s horrific run in the Champions League continued in matchday 2 as well as they failed to pick up a win at the Bernabéu after a pathetic display of football at home against Club Brugge. The 2-2 draw quite rightly puts them at the bottom of the group.

Complacency, lack of confidence and undermining the opponents were some of the traits of Real Madrid’s first-half performance. Especially, Lucas Vázquez was the epitome of mediocrity as he looked clueless on the ball for the entire duration of his game.

Real Madrid conceded two goals from Dennis due to a couple of defensive howlers on the 8th and 39th minute of the game. Thibaut Courtois also epitomized the terrible level of football from the home side, during both goals. The first one was conceded when Varane was miles away from the left-winger and the second was when Luka Modric lost the ball in one of the worst places possible.

Eden Hazard was a mere shadow of himself with no significant contribution in attack at all. Real Madrid didn’t have any brights spots in the first 45 minutes at all.

Madrid got a couple of goals from Sergio Ramos and Casemiro in the second half but they were not enough to put them out of their misery. Both goals came from headers with service from the right side. Casemiro’s equalizer around the 85th minute gave Madrid fans some hope but it didn’t mean anything at the end of the game.

Marcelo came on for Nacho and Areola came in place of a hapless Courtois, who felt sick at half-time. Madrid had a large share of the possession which was deemed utterly meaningless at the end of the game. Vinicius Jr. came on finally to replace Lucas Vázquez but his game awareness is simply not mature enough to do something for the team in these kinds of games.

It was an uncharacteristically poor performance by Real Madrid given the solid outings in the last three games. All of that good work has been undone now with a Champions League group stage exit looming large. This club was not supposed to have the fear of playing in the Europa League but that’s where they stand right now.

Lucas Vázquez is clearly not at a level to start any game for Real Madrid except the first round of Copa del Rey, perhaps. But mysteriously, Zidane keeps giving minutes to him. Eden Hazard also needs to do something as soon as possible since he is going through an unprecedented bad phase of his career at a time of crisis for Real Madrid.