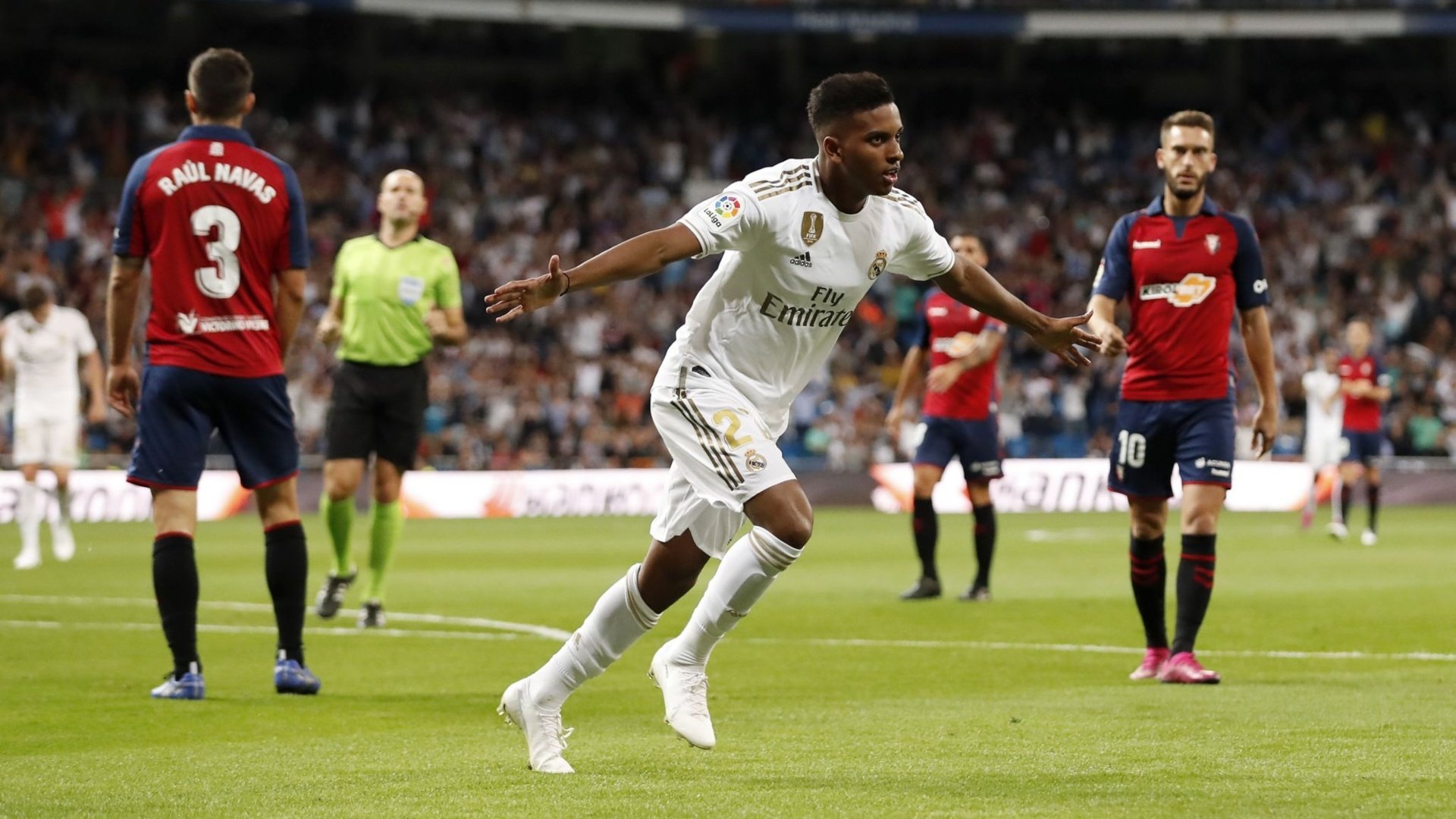 Real Madrid’s two Brazilian youngsters lit up the Bernabéu to send their team to the top of La Liga, thanks to the 2-0 win over Osasuna. Real Madrid had another good team display for the second game in a row which will do a world of good to their confidence before the crucial Madrid Derby next Saturday. Here’s how things unfolded:

Real Madrid made eight changes from the Sevilla game to start against Osasuna. The game got off to a slow start as Osasuna had their share of changes as well and needed to sync better among themselves. Real Madrid were suffering early on as Lucas Vázquez continuously kept losing the ball in tight spaces in the right flank. Militão got booked on the ninth minute but the Brazilian looked solid otherwise. Sergio Ramos kept almost everything at bay for Osasuna as he was near-perfect, defensively in the first half.

Vinicius Jr. broke the deadlock with a fantastic strike from 25 yards out to open his account for the season on the 36th minute. The Brazilian youngster was in tears after the mesmerizing curling effort from outside the box. Alvaro Odriozola was a bright spark for Los Blancos in the first half with his strong and fast runs down the right-wing. Alphonse Areola also impressed in his debut for the club as he dealt with every Osasuna approach with firm authority.

Real Madrid kept their good defensive shape in the second half as well but Luka Jović had to endure some disappointment. Firstly, Lucas Vázquez put it on a plate for a routine finish but the Serbian made a poor miss from close range. Soon after, a better finish was called marginally offside.

It ended up being a night of true Jogo Bonito in Madrid as Rodrygo Goes didn’t take more than a couple of minutes after his introduction to light up the Bernabéu. The 18-year old collected a long ball with a great first touch then ran along the left wing to put a venomous finish into the back of the net to put the game truly beyond Osasuna’s reach.

Éder Militão put in a man-of-the-match performance as his strength and pace was too good for Osasuna’s minimal attacking efforts.

There is still a bit of work to be done to sort out Zidane’s best line up for a B-team. Obviously, Isco and Modric will return to add more quality into the fray in due time but tonight’s line-up looked promising as well. Fede Valverde could have done more as a central midfielder but he played better from box to box during his final minutes of the game.

With patience and a consistent work path, Vinicius and Rodrygo can be true assets to Real Madrid. They are bringing back some much-needed excitement into Madrid’s attacks but these are still early days and they must continue to work hard.

Éder Militão looked in complete sync with Sergio Ramos who had an excellent game of his own as well. But Militão was strong, fast and decisive in every tackle or duel he took part in except for the won he got booked for. In a long season, this kind of form could be very vital for Real Madrid.

Luka Jović needs to sort out his finishing problems very soon as he looks nothing like the player he was at Frankfurt. Even in the pre-season, he missed some very easy chances that are not expected from a striker of his potential and tonight was no different. Zidane gave him a huge opportunity but he missed it.

Hazard working to be ready for Levante