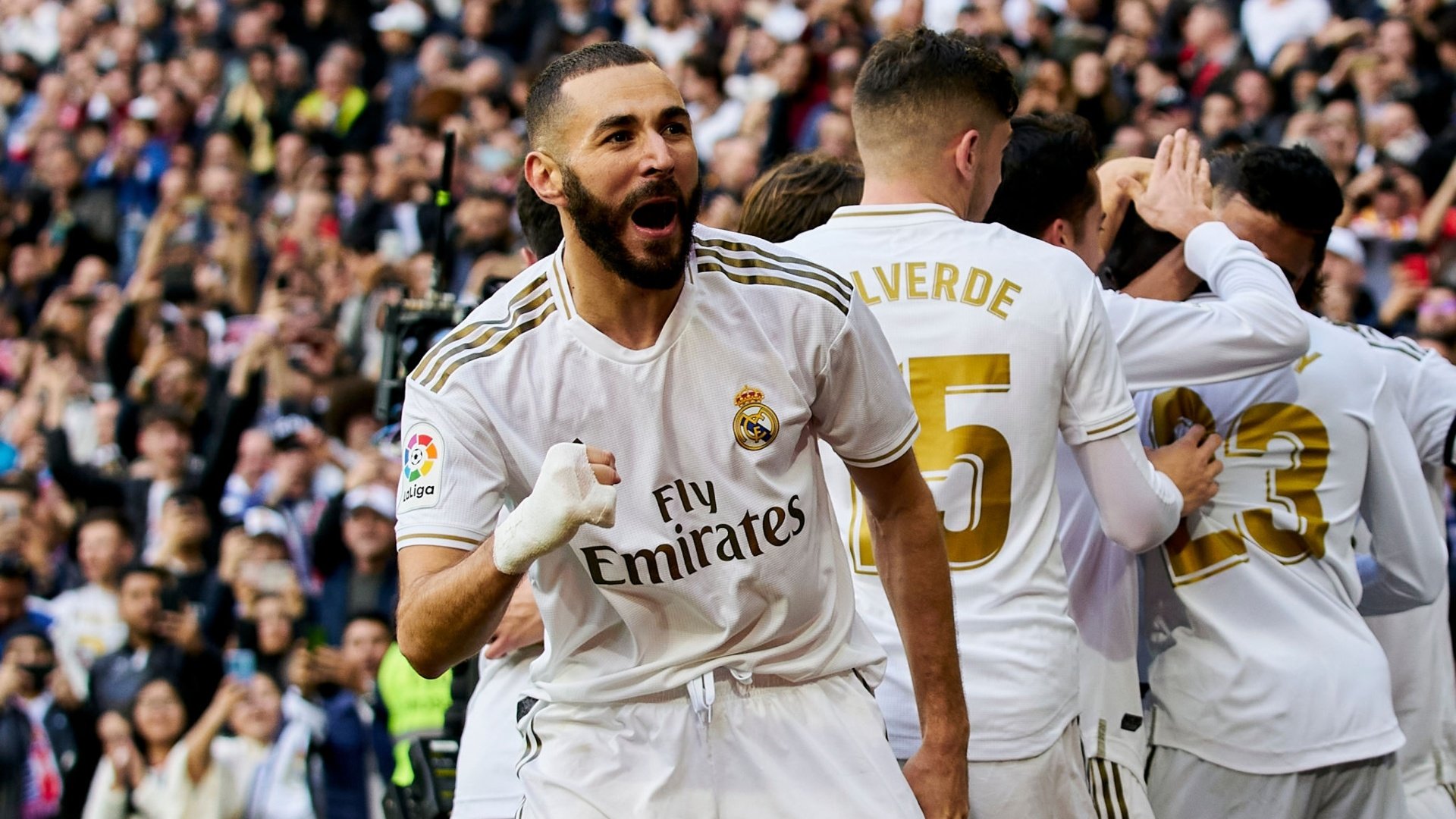 A brilliant tactical change in the second half by Zidane ensured Real Madrid would claim all three points against Atlético at the Bernabéu for the first time since 2012. It was a usual affair in the first half where the football on offer to watch was not really stellar. But Real Madrid had to grind out another 1-0 victory to momentarily go six points clear of Barca, at the top of the La Liga table. Here’s how things unfolded in the 223rd Madrid Derby:

Zidane went with his Jeddah formula again. Five midfielders and one striker upfront but this time it was Benzema instead of Jović. Simeone started with his usual one-dimensional flat 4-4-2 formation. Despite having 4-5 key players out of this game, Simeone’s side managed to be the better side in the first half.

Real Madrid’s 4-5-1 formation soon became a 4-1-4-1 formation as the game progressed. Valverde got stationed as the right-sided midfielder and Isco was on the left. This didn’t do much for the ones who were anticipating a good appearance of football. Valverde and Carvajal were canceling out Atletico’s occasional breaches on the left while Mendy, Ramos, Kroos, and Isco were doing the same on the other flank. It was a brutal deadlock for the eyes.

Madrid’s two best chances of the first half came from a couple of Kroos-Ramos connections. First, the Captain was set up from the left-wing by the German but Ramos could not make a good connection from the volley. The second one was a sublime move from a well-practiced corner routine. Kroos played it short, got it back and then perfectly passed it to Ramos who was inside the area, waiting to take a big shot. But the Real Madrid captain scuffed his shot pretty badly and the game remained goalless.

Atlético got a couple of good chances as well. Vitolo tried a close-range shot after Madrid defenders failed to clear the ball but Courtois was alert to push it away. Sergio Ramos made a good clearance to concede a corner after that. Saul was found on the end of a great cross from Correa but his left-footed shot was wide of the goal. But Atlético did not stop trying at all. Their best chance of the first half came after Vitolo held onto possession and fed it to Correa who hit the near post.

Diego Simeone was shown a yellow card by the referee as he was very animated and annoyed at some of the calls from the match official. But Simeone would have been the happier of the two managers, heading into the tunnel at half time as his team clearly didn’t let Real Madrid execute any of their plans.

A change was needed and Zidane acknowledged this straight away. He brought on not one but two substitutes after the game resumed. Kroos and Isco made way for Vinicius Jr. and Lucas Vázquez. Real Madrid shifted to their preferred 4-3-3 formation immediately and the game was a completely different affair from that point on. Fede Valverde returned to his usual central midfield position as Vinicius and Lucas occupied the two wings. Real Madrid started to win balls in key areas of the Atlético half and looked a much more prominent side than the first half.

On minute 56, Vinicius had the ball on the left-wing. He waited, waited and waited until he saw a potential run from Mendy to pass in through. Mendy picked up the pass and put in a clean, curling cross in the box where Benzema was lurking in between two center-halves. The big man made no mistake to blast it into the goal and the Bernabéu erupted. Real Madrid went 1-0 up from a devastatingly beautiful team move.

In an absolutely glorious atmosphere inside the Bernabéu, Real Madrid showed no signs of stopping after the goal. It was sucker punch that Atlético was not expecting and Zidane’s men were determined to take advantage of it. But they couldn’t double their lead in this surge that saw plenty of crosses flying into the box. Even the commentators were heard mentioning that Real Madrid have often failed to kill these kinds of games after scoring first which has hurt them in the long run. But Zidane’s renovated Madrid believes in keeping the defense intact before moving forward so, it was going rather well for them as they focused on holding onto the lead.

Atlético brought in their scorer in the 2016 Champions League final- Carrasco, late in the game. He has only recently made a loan move back to Spain from China. Carrasco was moving on both flanks and had his small battles with Ramos and Carvajal but could not do anything more than winning a corner. Mendy and Casemiro picked a couple of late yellow cards for Real Madrid as the game slowly, without any big curtain drop, came to a finish. Real Madrid stretched their lead to six points but Barcelona are due to play matchday 22 tomorrow.  Zidane’s tactical change right after half time did the trick for Real Madrid as they ended another strong performance on a winning note. Next up it’s Ødegaard’s Sociedad in the Copa del Rey.

Substitute(s): Vinicius and Lucas for Kroos and Isco (46′).

The young Uruguayan was not at his best in the first half. But it all changed after the break as he was back at his preferred positions. Fede was tackling, intercepting, passing through the lanes, running and doing everything to snatch the win for his team.