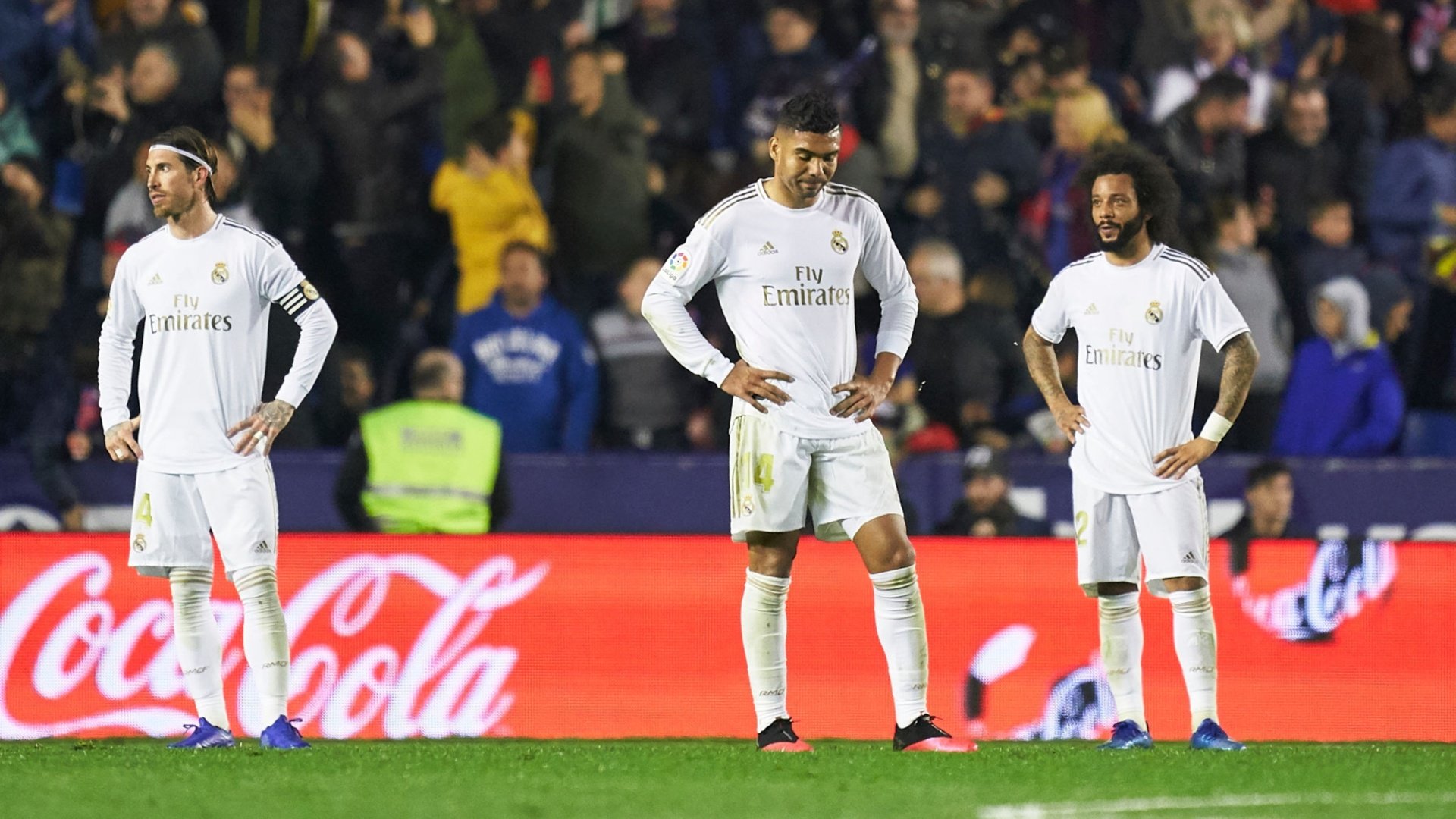 A devastating 1-0 defeat at the Ciutat de València has left Zinedine Zidane’s clueless Real Madrid two points behind Barcelona, heading into the Clásico. That’s five points dropped in the last two games and you cannot stay competitive in the league after performances like these.

This team briefly grew an identity and defensive backbone in December and January and they have completely lost their goal again. On a day when Leo Messi demolished Eibar at the Camp Nou, a Real Madrid side which was already struggling at home has now done their worst bit, away from home this time.

This team simply doesn’t look like a unit that can put up a fight against Man City or Barcelona. It is just improbable that their shoulders that dropped after Morales’ unbelievable strike will magically rise again in three days’ time. On top of that, Zidane has confirmed Hazard’s injury being a bad one on his ankle.

Real Madrid struggled to get a hold of the ball in the early minutes but they gradually grew into the game. The first half was actually dominated by Real Madrid without signs of conviction in front of the goal.

Benzema got a weak strike on goal on minute 6 when Carvajal put forward a clean through ball to him but Aitor saved it comfortably. Sergio Ramos was booked very early in the game on minute 10 for a foul in the Real Madrid half. Benzema got another great chance after Isco found him inside the box. The Frenchman’s effort was even worse than the earlier one as he chose to hit it straight to the keeper. Casemiro got a chance after a corner was squandered by Aitor Fernandez but the Brazilian’s header did not have the accuracy.

Roger Marti was the first Levante player to get booked on the night. Soon after this, Ramos played a fabulous long ball to Isco which he controlled nicely in the box but he took too many touches and missed a great opportunity to score. Modric had a go at it from distance on the 40th minute but Aitor Fernandez made a great save again. The first half ended with neither team finding the net.

Bardhi saw a good effort go wide of the goal early in the second half. The worst of the lot for Real Madrid probably happened in the 53rd minute. Marcelo found Hazard alone en route to the goal and the Belgian just had to beat the keeper after running swiftly to the goal but he unbelievably scuffed his shot.

Levante was occasionally trying to impose themselves on the game but Real Madrid still had control of things. But it all came crashing down pretty soon. On minute 67, Eden Hazard came off the field after he was once again injured on his ankle. Zidane later confirmed it doesn’t look good. Hazard was replaced by Vinicius Jr. and after Hazard’s departure, Real Madrid lost the focus in the attack.

Karim Benzema, Real Madrid’s main striker and top scorer for the season missed a couple of chances in the first half but he was nowhere near his number 9 position for most parts of the second half. He was of course very much involved in the build-up of the team but the numerous crosses put in by the full-backs hardly found anyone inside the area. Benzema’s final passes in the build-up were not stellar either. On the other hand, Levante was growing into the game with fast counters from Bardhi, Morales, and Mayoral.

This Real Madrid side suddenly looked far less motivated than they were a few weeks ago. Marcelo tried to dribble past multiple pressing attackers just on the edge of his own area when the score was still at 0-0. He lost the ball and Madrid could’ve conceded right there. This single act of lack of concentration goes on to represent the level of focus for the team.

Once again, an accurate and clever vertical ball became the doom of Real Madrid. Madrid’s high line of defense was left stranded. A tired Modric was no match for the pace of the Levante captain Morales after he collected the ball from a clever over the top vertical ball and blasted Courtois’ net with an amazing finish.

This was perhaps one of the worst blows of the season so far. Real Madrid could not put up any significant fight for the rest of the 14 minutes including stoppage time. Lucas and Valverde were brought on but their freshness couldn’t breach Levante’s resilience.

The way Real Madrid players were shell-shocked after the goal, it was concerning. Huge eight days are approaching with the only player with some offensive flair is now out with injury again. Once Pep’s team gets a sniff of blood, they are capable of killing the tie in the first leg and Real Madrid practically know every possible way of losing against Barcelona which might follow next week if they don’t pick themselves up soon. Despite their hierarchical problems, Barcelona are at a far better level than Madrid in the league right now.

Hang in there Madridistas! While anything is possible in this game and optimism is better than pessimism, the immediate future looks very much gloomy for Real Madrid as everything seems to fall apart again in the crucial stretch of the season. How they react against Manchester City later this week will be an indicator of how the rest of the season will go for Real Madrid.

Pedri: The latest jewel to slip through the Real Madrid net