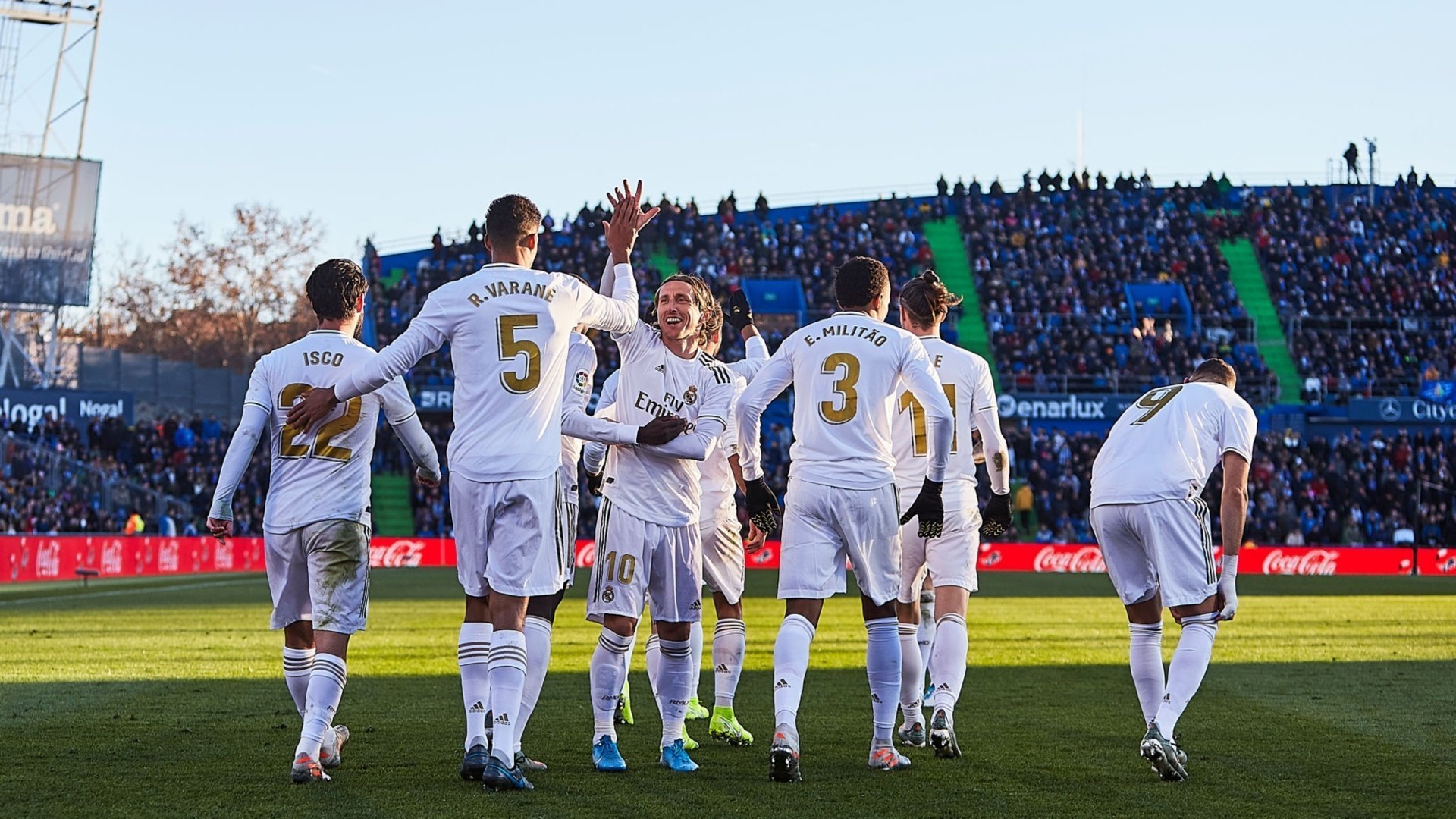 Real Madrid have started the new year in bright fashion after they defeated Getafe at the Coliseum Alfonso Pérez stadium by 3-0. The scoreline does not suggest that it was a much more intense and tightly fought fixture for both the teams. But Real Madrid kept their cool in defense and ended the game with all three points. Let’s dive into our match report to see how it unfolded in Madrid.

Zidane started with his 4-4-2 diamond formation with all the experienced men in the midfield-four and Bale accompanied Benzema upfront. There were no surprises in defense as Militão started in place of Ramos. The game started off in a subdued manner. Neither team was looking threatening enough to open the scoring. But Real Madrid were clearly struggling in the middle to hold onto possession. Former Barcelona winger Cucurella was giving a really hard time to the Real Madrid trident of Carvajal, Bale, and Modric on the right flank.

The first true piece of action of the game arrived in the 24th minute. Arambarri hit the ball on the volley from not too far away from the goal and Thibaut Courtois did brilliantly to stop the ball with his fists. This was the first real chance of the match for either team. Real Madrid struggled to have a shot on goal in the first 30 minutes of the game. There were moments of positive play on the left flank between Isco and Mendy but none of it had enough bite in them.

Nyom was the first man to go into the referee’s book after he fouled Gareth Bale off the ball near the right corner flag. Real Madrid opened the scoring from the resultant free-kick. Toni Kroos’ delivery was initially dealt with ease but it fell to Mendy on the left flank. His right-footed cross was contested by Soria and Varane and the goalkeeper’s mistimed punch saw the ball roll back into his own net. Real Madrid opened the scoring for the new decade with an own goal from Getafe!

Shooting from long-range was clearly on Getafe’s agenda. Fajr made a good effort from outside of the box on the first touch but his shot went wide of the goal. Damien Suarez was soon booked for arguing with the referee. The first half ended with another great save from Thibaut Courtois. Cabrera connected from the header after Fajr put in a great cross but the Belgian palmed it away to avoid the equalizer.

The overall vibe of the game did not change straight away in the second half. Both teams were still very much in the battle for supremacy. Getafe enjoyed some possession early in the half as Real Madrid looked slightly out of sync. Passes were sluggish and lacked timing in this phase of play. Angel Rodriguez was called offside in two successive occasions at the start of the second half.

Raphael Varane finally got his goal in the 54th minute of the game. His towering header from a free-kick taken by Toni Kroos was too good for David Soria. The VAR took a really long time to confirm the goal but finally, Real Madrid were able to double their lead.

Getafe made an attacking change as they brought on captain Molina in place of Fajr. Soon after this, Bale had an attempt on goal with an audacious chip over Soria but the goalkeeper comfortably saved it. The move started with Varane providing a dangerous ball from his own half. Real Madrid got another injury scare as Mendy was on the ground, clearly in a lot of pain. This could have been disastrous as Marcelo is still not match-fit. But the French defender shook it off and continued.

Real Madrid made two changes together as Valverde and Vinicius Jr. replaced Kroos and Isco. The game started to open up a little in the final quarter. Real Madrid looked a bit more comfortable in possession and started to make dangerous runs on the left flank. Zidane replaced Benzema with Jović in the 80th minute and the Serbian got booked straight away after entering the pitch for his challenge on Suarez.

Vinicius got a great chance on the closing minutes of normal time as he rushed through the left flank but he took too many touches before the goalkeeper had intervened. Gareth Bale got a similar chance after Valverde set him up brilliantly but the Welshman could not finish it properly. There were six minutes of stoppage time and Real Madrid were cruising.

As the final action of the match, Mendy started off a great move with a faint. Bale put it ahead for Valverde with the first touch and the youngster raided the Getafe box in no time. He squared it for Modric in the face of goal and the Croatian tapped it home to make it a comfortable 0-3 win for Los Blancos.

Substitution(s): Vinicius and Valverde for Isco and Kroos (71′) and Jovic for Benzema (80′).

Zidane on the game against Elche, Hazard, contract extensions & more