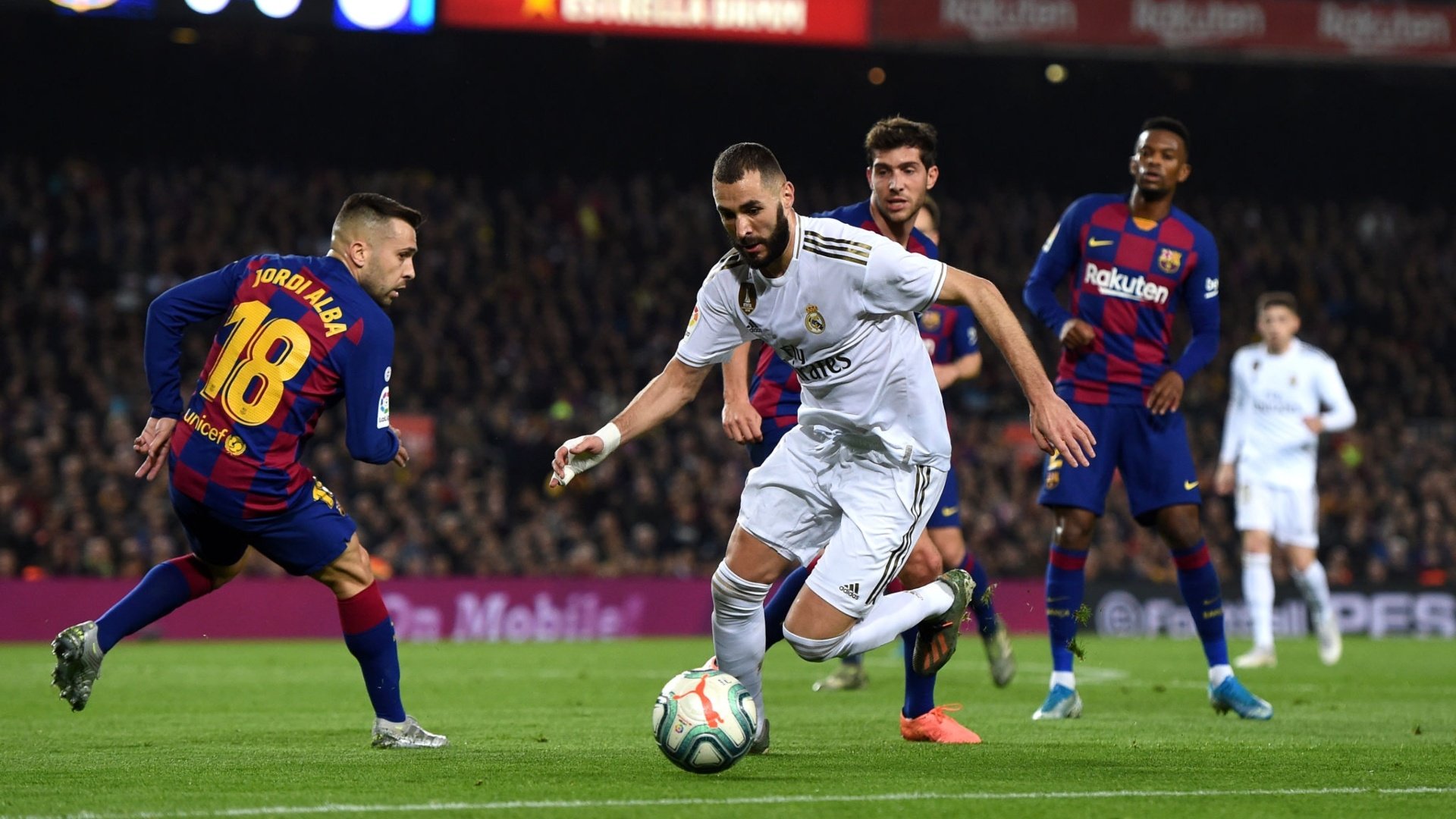 An El Clásico hadn’t ended in a goalless draw in ages but on Wednesday night, we got to witness exactly that. Both teams remain equal on points but Real Madrid are second in the table due to Barcelona’s superior goal difference in the league. The scoreline doesn’t show the real picture of the match as it was a very hard-fought event for both the teams. Here’s our El Clásico report:

Real Madrid arrived at the Camp Nou amidst security concerns, almost two hours before the game. They even announced the starting XI line way ahead of time. Barcelona, at first named Sergio Busquets in their starting line-up but later they announced a revised line-up with Ivan Rakitic in it. The match began in beautiful playing conditions at the Camp Nou.

Zidane’s line up with Isco may have indicated towards the use of the 4-4-2 diamond formation but it was a 4-3-3 setup with Isco on the left-wing. In the opening minutes, Real Madrid was clearly the superior side. Real Madrid pressed Barcelona very deep into their half. Ter Stegen was trying to ease the press with low goal-kicks down the middle but Varane, Casemiro, and Fede Valverde were comfortably winning the ball almost every time the German keeper was trying the trick.

Madrid’s first shot on goal came in the 10th minute of the game. Kroos fed it to Isco, who was on the edge of the area. Isco back-heeled and nutmegged Pique to pass it to Benzema. The forward’s left-footed shot was comfortably saved by Ter Stegen. Barcelona appealed for a penalty on the other end for a hand-ball by Carvajal. But replays showed that he did nothing wrong.

Real Madrid came close to scoring from a corner but Casemiro was denied off the line by Gerard Pique. Around this phase of the game, Real Madrid were denied from two legitimate penalties. On both occasions, Raphael Varane was clearly fouled inside the area. First, Lenglet floored his countryman with a kick to his thigh. Later, Varane was pulled down in the box as well. The referee didn’t even care to consult with VAR.

Ivan Rakitic was the first booking of the game after he fouled Isco. Real Madrid got a serious chance to open the scoring again on the 26th minute. Benzema charged through the right flank and squared it for Isco. Ter Stegen made a great save. Moments later, Casemiro drove it from distance, which was also saved by the big German. A few minutes later, Sergio Ramos made a last moment save from the goal line to deny Messi. Courtois had saved Sergi Roberto’s initial effort but Messi was in a dangerous position.

Fede Valverde took his chance from about 25 yards after the half-hour mark but Ter Stegen was ready as usual. As the half-time whistle approached, the game was showing no signs of turning into a dull affair. Messi gave one of his telepathic diagonal passes to Jordi Alba who only had Courtois to beat. But his shot went wide of the goal and the game remained tied. Fede Valverde took another goal-bound shot near the end of the half but couldn’t beat Ter Stegen. Luis Suarez and Lenglet picked up yellow cards to finish the first half.

Real Madrid entered the second half with the same enthusiasm. But they actually got a little tired near the end of the first half due to the extensive pressing in the first 45 minutes. Barcelona started to exploit this in the second half. The home side also started to see more of the ball after the break.

Ernesto Valverde made a tactical switch fairly early in the second half. Vidal replaced Semedo and Roberto went back to the right-back position. Vidal’s physicality gave Barcelona a bit more muscle in the middle of the pitch. The first 15 minutes of the second half, however, didn’t produce any significant chance for either side.

Barcelona made a huge appeal for a penalty as Suarez miss-timed his shot from the middle of the penalty area. Barcelona called for Sergio Ramos to be penalized but the referee didn’t listen to any of it. Leo Messi missed a great chance for Barcelona, moments later. Griezmann delivered a great square pass to the Barca captain but he scuffed the effort.

Casemiro got into the book on the 66th minute. Finally, his fifth yellow card arrived and now he will miss the Bilbao game next weekend. Barcelona got a free-kick in Messi’s territory but the Argentine’s effort was rather disappointing this time. Soon after, Gareth Bale was booked due to a foul on Griezmann. Barcelona had another go at the goal, this time through a nice one-two move between De Jong and Suarez. But it caused no trouble for Courtois.

Gareth Bale finally netted the ball but his goal was disallowed. Ferland Mendy was provided with a great ball on the edge of the area. It was more like a Messi-Alba move. The new signing squared it to Bale and the Welshman made no mistake to put it past Ter Stegen. But Mendy was called offside.

The game started to open up a little bit as Barcelona came up with defense-splitting moves. Griezmann and Suarez combined to find Vidal. He fed it to Messi who had no space to strike. Vidal got it back and gave the ball to Suarez who tried for a finesse-shot but it was way over the goal. Isco and Sergio Ramos were both booked in quick succession after this.

Zidane called upon Rodrygo and Modric to replace Isco and Valverde on the 80th minute. Barcelona brought on Ansu Fati for Griezmann but the youngster couldn’t change the scoreline for his team. Dani Carvajal was the final booking of the game as he received a yellow card in stoppage time.

Tactically, it was a great game for Real Madrid. This game showed how much Zidane has evolved as a manager. Coming to the Camp Nou with an injury-ridden squad to face an on-form Barcelona is not an easy task. Zidane got his tactics spot-on for another big game. Perhaps, a full-strength Real Madrid with Hazard and Marcelo could’ve snatched all three points. But for now, we move on.

Substitutes: Rodrygo and Modric for Isco and Valverde (80′).

Eden Hazard: “I am in seventh heaven”