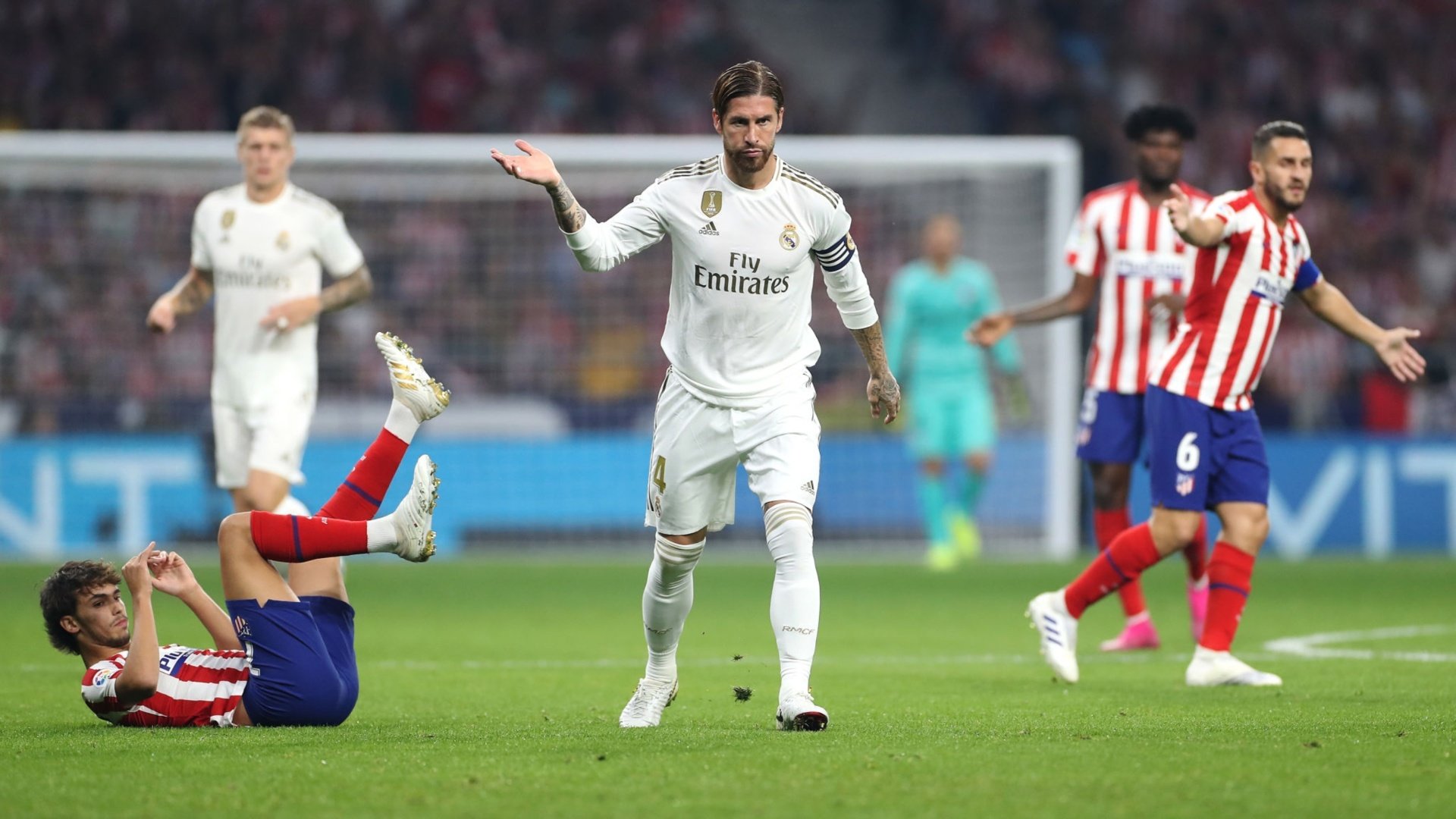 Jan Oblak denied Real Madrid two more points with a brilliant save in the second half to keep the first derby of the season down to a dull 0-0 draw. Real Madrid however, were once again very solid in defence even without a first-choice left-back. Here’s how it happened:

Zidane surprised everyone with the inclusion of Fede Valverde in the starting XI in place of James Rodriguez. Presumably, it was to have more control at the center of the pitch. If Modric had better match fitness, perhaps, he would have been the preferred choice here but since the Uruguayan midfielder showed some quality during the midweek game, Zidane kept faith in him. Real Madrid started a game with the traditional 4-3-3 for the second consecutive time.

The game was a rather dull affair with a couple of free shots from João Félix being the highlights of the first half. Trippier accessed the aces of space left by Nacho on the left quite a few times but to no avail.

The game did not change a lot in the second half but Gareth Bale missed a sitter from just inside the box early on. Eden Hazard had a very off day in the derby as he was hardly close to his best.

Real Madrid kept things quiet on the defensive front as Ramos and Varane dealt with any significant surge quite comfortably. Madrid brought on Modric, James and Luka Jovic in the second half. Modric seemed very fit and fast as he combined a couple of times with Bale very nicely but none lead to a goal.

Karim Benzema’s header from a brilliant cross, thanks to Nacho, was magnificently saved by Oblak, which was also the key highlight of the second half.

It was another quality defensive performance by Real Madrid which is really encouraging to see. They seem to clear everything with distinction right now and their pressing game has improved a lot.

Eden Hazard’s form is gradually becoming a cause of concern. The Belgian still doesn’t look completely fit after two months into the season and Real Madrid must get impatient at some point.

Kubo Mania: The Japanese impresses everyone and has many loan offers