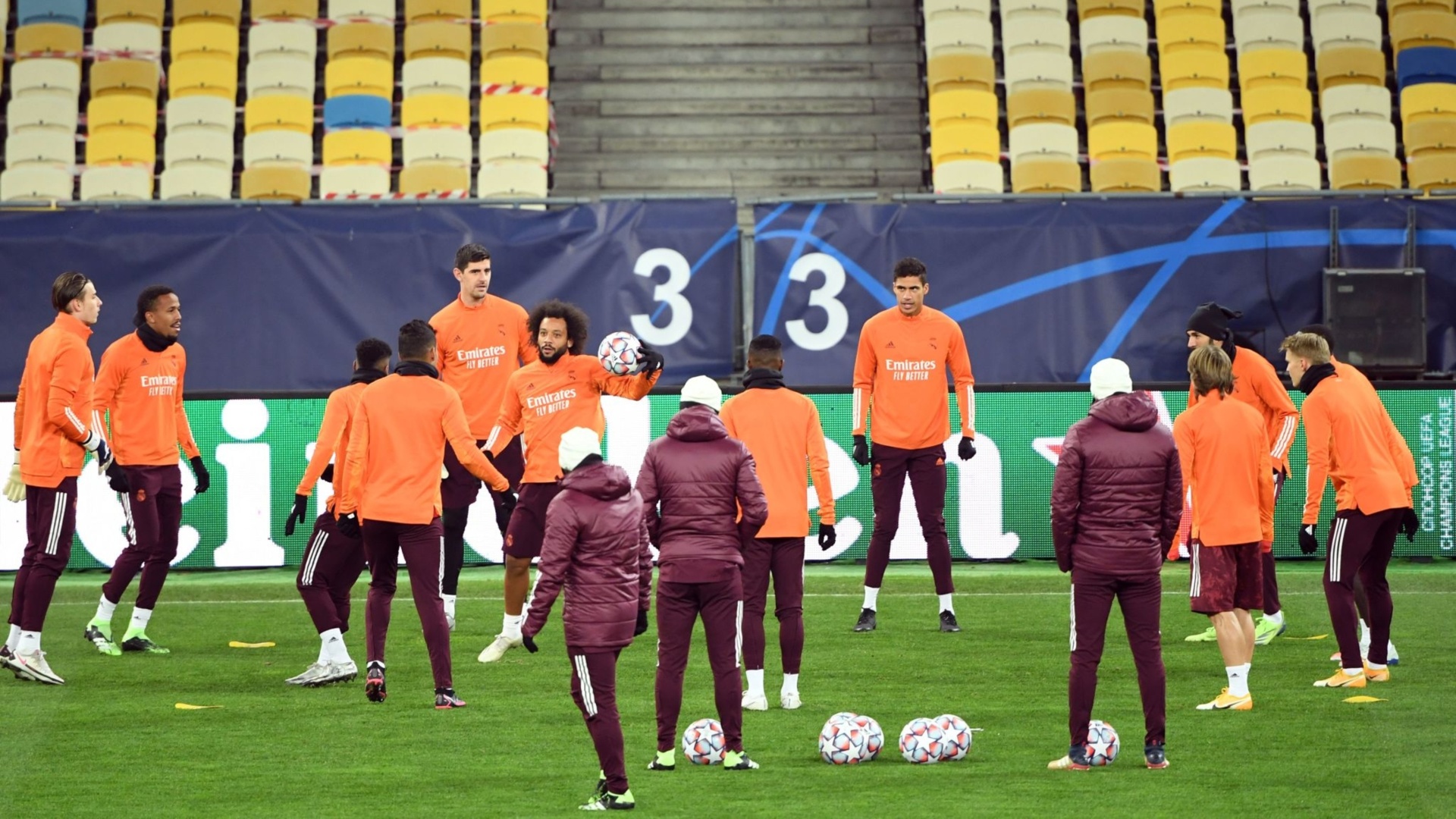 The Real Madrid squad completed their final training session ahead of tomorrow’s UEFA Champions League matchday 5 group stage clash against Shakhtar Donetsk. The players, led by head coach Zinedine Zidane trained at the Olympic Stadium in Kiev after the conclusion of the usual pre-match press conference obligations. The game will kick off at 18:55 CET on Tuesday night and it’s an important game for Los Blancos, because three more points would secure qualification to the next round.

The session started with warm-up exercises, followed by rondos, sprinting and dribbling drills. The players then played a match on a reduced sized pitch and rounded off the session with shooting and crossing drills.

All the players who travelled to Kiev were at Zinedine Zidane’s disposal and trained normally.

Real Madrid are currently second in Group B, three points ahead of tomorrow’s opposition and second-placed Shakhtar Donetsk. A victory tomorrow would book our place in the last-16 of the Champions League.