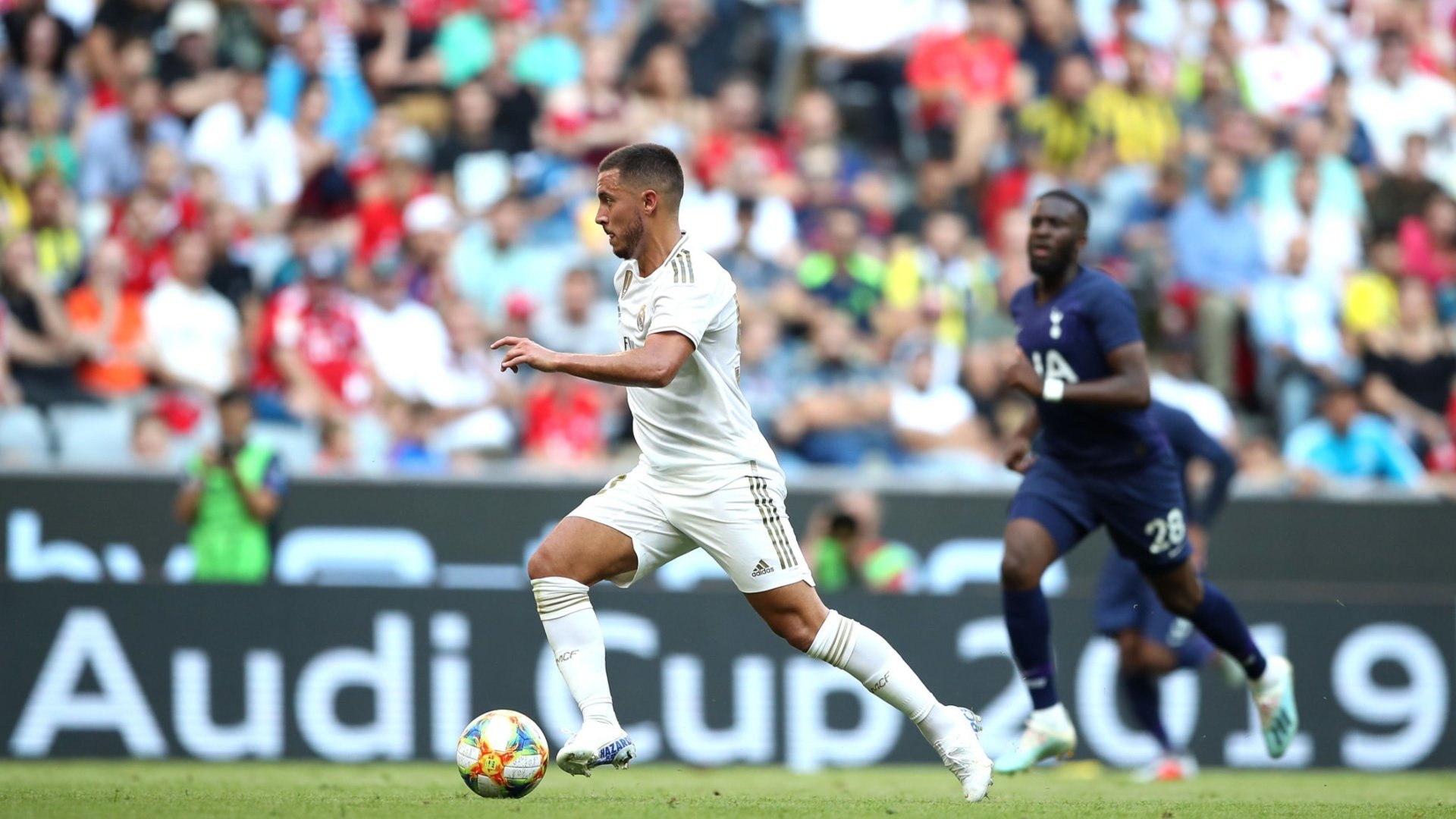 Real Madrid suffered yet another disappointing defeat in the pre-season of 2019-20 as they lost 1-0 to Tottenham Hotspur in the Audi Cup 2019. Madrid are yet to taste victory in normal time this summer as their only positive result came from a penalty shoot-out win against Arsenal in the International Champions Cup. Real Madrid lacked intensity and clarity in their approach throughout the pre-season and against Tottenham it was nothing different. Both Zidane and Pochettino fielded strong line ups to start with but it’s the English outfit that came out on top after the 90 minutes.

Real Madrid had a lackluster first half. Madrid got an early opportunity to open the scoring in the early seconds of the game but Gazzaniga raced to the ball before Karim Benzema could pounce on it. Brazillian youngster Rodrygo Goes looked comfortable and confident in the initial minutes but his physique has been too easy to deal with for the formidable Spurs defense. Spurs started the game with a very high pressing line. Pochettino’s men kept pushing while the Madrid backline often seemed overwhelmed. Raphael Varane’s poor control almost let Tottenham get the lead in the 5th minute of the game but Kane was not up to the task.

Real Madrid eventually conceded on the 22nd minute from a shambolic defensive error as Marcelo provided a poor back pass after attempting to keep the ball in play. Sergio Ramos was caught off-guard as Harry Kane, the English skipper coasted through and made a cool finish to put the ball past Keylor Navas.

Real Madrid tried to flood the wings in retaliation but to no avail. Marcelo, Eden Hazard, and Rodrygo created some fluid passing sequences but they were not efficient enough to break the Spurs defense. Lucas Vazquez and Dani Carvajal attempted the same from the right-wing but it was too predictable to cause any harm to the opposition. Although, defensively, Lucas and Carvajal have kept Spurs left-winger Son at bay in the first 45 minutes. Benzema dribbled from the right to take a long-distance shot with his weaker foot but it sailed over the post to add to Zidane’s frustration.

Zidane started the second half with an unchanged line-up but Pochettino made nine changes. First-team regulars like Dele Alli, Sanchez and captain Hugo Lloris were in the cavalry of Spurs players that entered the pitch in the second half. They started the second half well. A long-range effort from Son’s left foot was dealt with brilliantly by Keylor Navas. Dele Alli got chances to double their lead twice in quick succession but was denied by Navas on the first attempt and Carvajal came to Madrid’s rescue to deny the midfielder again.

Real Madrid tried to create opportunities from their flanks once again but the Spurs defense stood firm. Madrid made three changes around the 65th-minute mark right after Sergio Ramos picked up a yellow card for a bad tackle from behind. Zidane brought in Vinicius Jr, Nacho, and Valverde for Lucas Vazquez, Varane, and Kroos. This allowed Rodrygo to shift to his favored right-wing and Vinicius was deployed on the left. Vinicius had some good transitional sequences with Hazard but they were not enough to contribute towards a goal.

Zidane made a flurry of changes in the 80th-minute mark which saw Mariano Diaz, Isco, and Odriozola come into the fray with traveling Castilla players. Rodrygo had a goal disallowed for offside in the meantime as Real Madrid kept searching for an equalizer. Japanese sensation Kubo’s long-range effort was also comfortably blocked by Lloris.

There is still a lot of work to do for Zidane. Amid the departures, he still does not know if he can count on a few players in this team. Repeated negative results have already taken a toll on the team’s confidence as clearly shown in the body language. Real Madrid will play against whoever is going to come second the battle between Bayern Munich and Fenerbahce. Following that, Madrid has two more games against RB Salzburg and Roma on the road as part of their pre-season preparations. Los Blancos will play Celta Vigo in the opening La Liga fixtures in less than three weeks. Zidane must act quickly to resolve his team’s issues before the season well and truly gets underway.

Confirmed: Real Madrid’s 20-man squad for the trip to Valencia