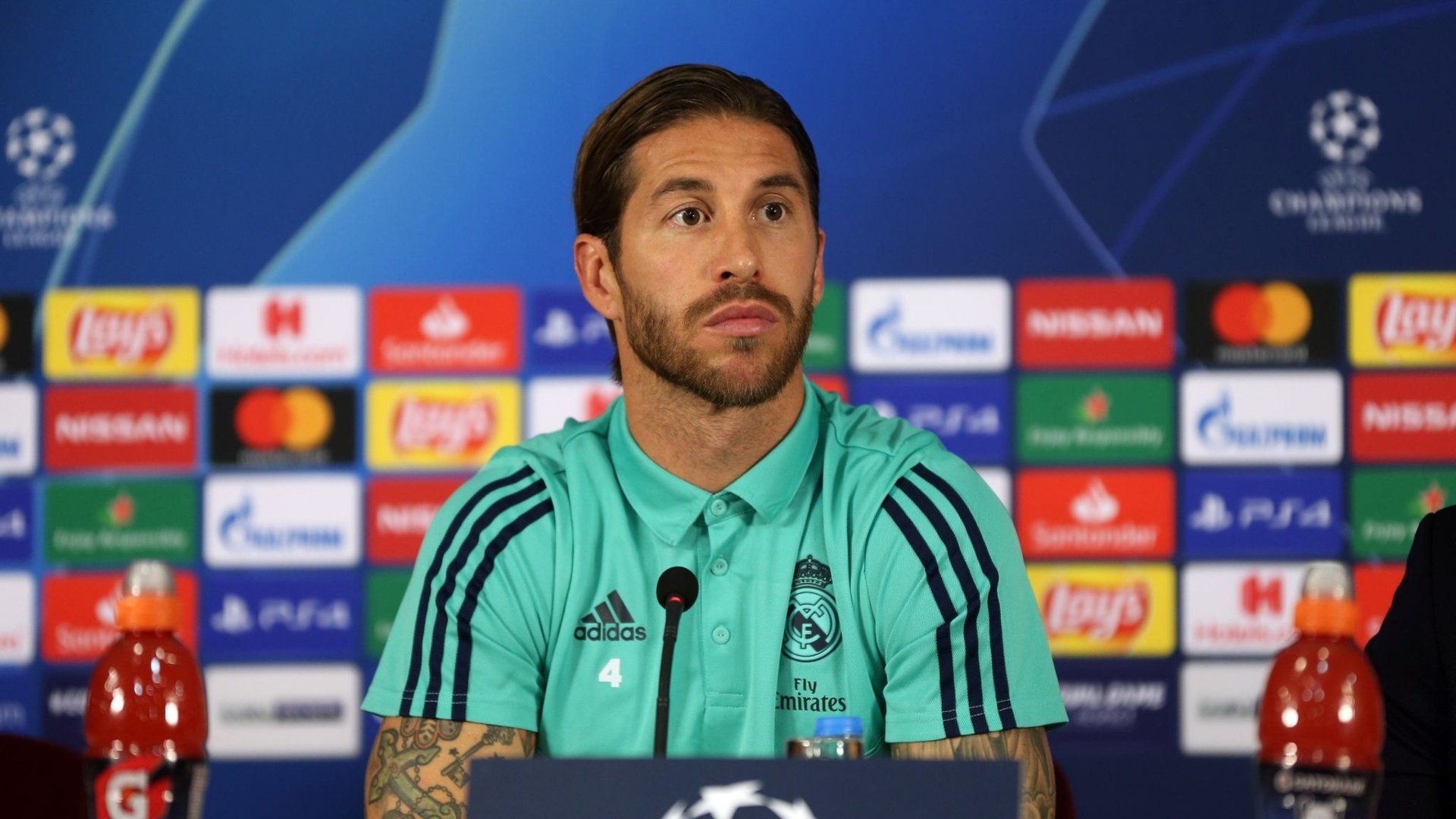 Real Madrid captain Sergio Ramos spoke to the media in a pre-match press conference alongside Zinedine Zidane ahead of tomorrow evening’s UEFA Champions League clash against Galatasaray at the Ali Sami Yen Stadium (21:00 CET). After Saturday’s league defeat against Mallorca, Los Blancos are now directing their focus on the third Group A match in the Champions League, which is crucial if they want to make it out of the group stage and avoid embarrassment.

First up was the captain, and here’s what he had to say…

“What’s on Madrid’s mind, despite everything that’s gone on, is to win. That’s the word that best defines this club and, following our recent results, it’s what we want to do tomorrow. We want to prove a point, the Champions League is back and after our last result, we’ve got to win, there are no two ways about it.

“The team is raring to get back to winning ways and enjoy that relaxed vibe. The Champions League is a fantastic competition and one we’ve got experience in. It’d be a good step to win here tomorrow and head into our next game at home, in front of our fans, in a different frame of mind.”

“Everyone knows that the dressing room is fully behind Zidane and regardless of what happens, that’s the impression that the team always has to give, a team continues to trust in its coach, just as the coach does in his players. I would have liked our results so far to have been different, but Madrid always hit back and what better way to do so than by being united. We’ve got to keep working hard and it’s the results that’ll put everything in its rightful place.”

“There are a lot of things to improve on and we’re the first ones who have to be realistic and make things changes. It’s as if we struggle in the early stages of games and we’ve got to work on that so that it doesn’t happen again. At the end of the day, what you look at is the result from the other night and I don’t believe that we deserved to lose in Mallorca, but in the early stages we couldn’t have done more. We can’t afford to waste even so much as a minute from the first whistle until the last. We’ve produced some good performances so far this season, both in attack and defence, but football is all about goals and we haven’t really been on the money in front of goal.”

“I can tell you a bit about the vibe within the camp, where the focus is all on winning tomorrow night. It’s nothing more than an opinion or what several people want to happen. Sometimes in football the measuring stick is different from one person to the next and you can draw the conclusion you want from that. We’re really relaxed, with hard work, effort and dedication things will come good. What madridismo asks of you is that we give our all out on the pitch and then anything can happen. Having the right attitude is unnegotiable and it’s not something that you can point the finger at madridismo for.”

“Firstly, I want to say thank you for the welcome that we’ve been given in Turkey. I think that Falcao is an excellent player, we’ve endured his talents over the course of several seasons. He’s a number 9, a deadly striker and although I’m told that he’s not played for a few weeks, we don’t know if he’s going to start or not. He’s a top striker and a threat for the opposition.”

“I’m not here to change anyone’s opinion. Everyone is entitled to think what they want at all times. We try and improve on the mistakes we make and we’ve failed to get a foothold in the early minutes. We have to work to make sure it doesn’t happen again and that we don’t end up dropping points because of those fine margins.”

“It’d be very easy to end up saying that the coach will remain in place until the end of the season, there would never be any rumours in that case. Football is a results-based business and the coaches’ fate is dependent on results, but if every time we draw or lose a game there’s talk of the manager’s future, it’s uncomfortable for the club, the coach and the players.”

“We’re focused on winning. We’re not thinking about whether Zidane will remain in charge of not. We’re thinking about tomorrow night’s game, which is our top priority. There’ll be plenty of time to discuss whether the manager stays or goes. Let’s hope that we don’t need to be talking like that and after everything that Zidane has achieved, I think that he deserves some respect and that every time we draw a game we shouldn’t be talking about sacking the manager. Nothing surprises Zidane any more and he knows the club inside out, the demands at our club and is aware that we depend on the results. We have to do what we enjoy doing, which is playing football and getting results. That’s what’ll make us feel better about the work we’ve put in.”