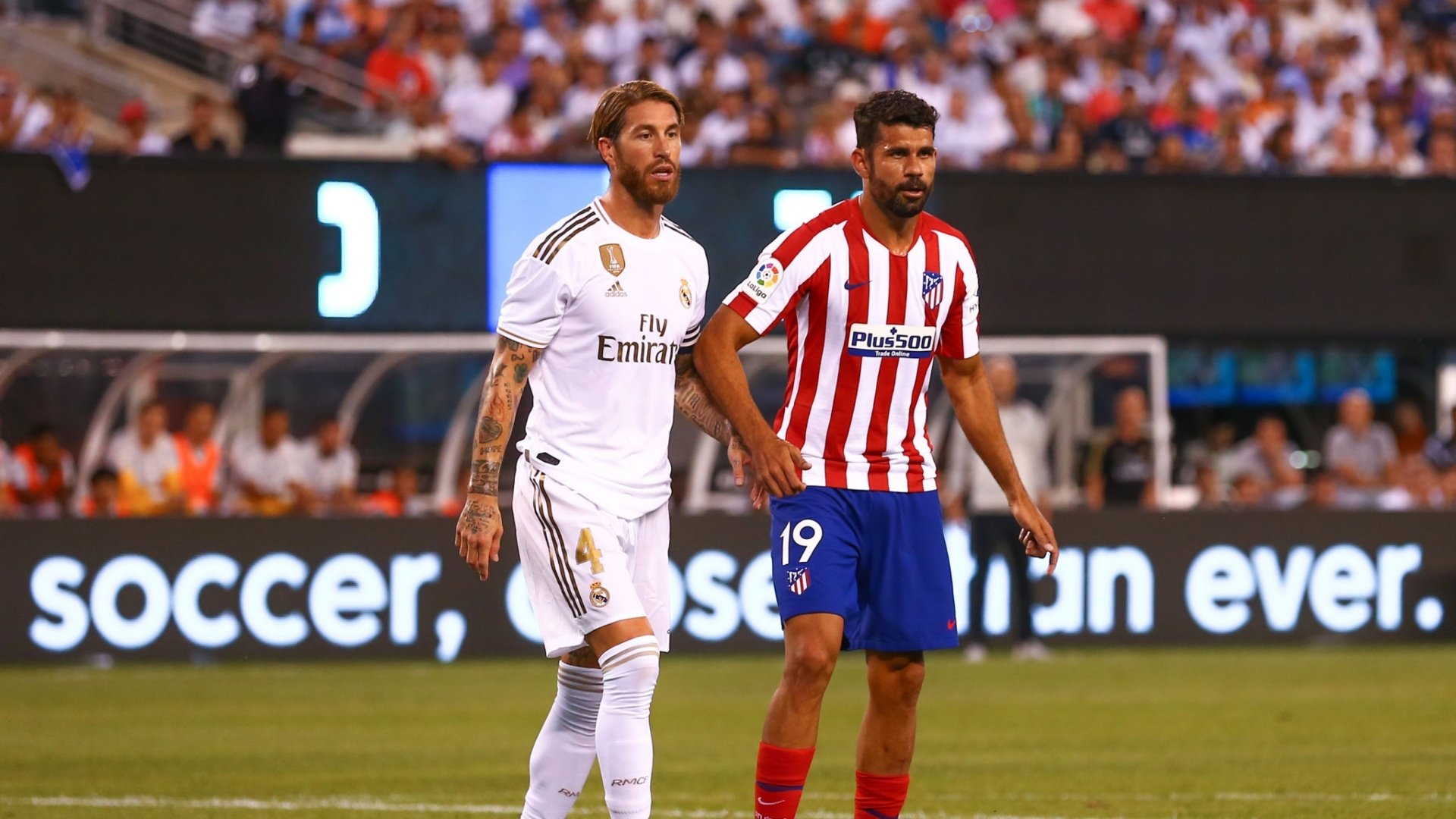 Real Madrid suffered a humiliating pre-season defeat at the hands of their city rivals Atletico and the captain Sergio Ramos admitted that he is very frustrated with the result and urged the players to work hard to reach the levels they aspire to.

“We’re obviously not feeling great right now. This has only just begun, they’re preparation games to get us up to the top level. There are many ways in which to lose, but we can’t be doing it like we did today. We played the game like a friendly, it’s a big margin and we head away frustrated. It’s a very poor result and we have to try and reach the levels we aspire to,” he told the press after the game.

Despite the massive loss, the captain says that it’s too far to draw conclusions and it’s still only pre-season…

“This team’s ambition remains intact. We’ve won an awful lot but that’s in the past now. We have to forget about what happened last season, this is a pre-season campaign and it’s far too soon to draw conclusions and be assessing things. We have to keep training as we are every day and we’ll gradually reach our best to take on the challenges of the new season.

“We played a friendly match and they went at it as if it were a final. We have to bring that intensity to every game. They got the better of us in terms of intensity, second balls, pressing, and they were sharp in front of goal today too.

“It’s far too soon to be making assessments. We’re going to try and go into competitive action in good shape. These results happen. It’s football, after winning so much, people cling on to one season. I’ve been here a long time and you can’t assess a season based on one or two games. The coach is happy with the work we’ve put in here and now we’ll start finding our feet a bit and gathering pace,” he added.

Real Madrid finished only third last season and endured a very difficult campaign, something they are desperate to change and Ramos is confident the team got what it takes to achieve that. If that wasn’t the case, he’d be the first to step away.

“I have absolute confidence and after so many years here, if I thought this team weren’t capable of winning things, I’d be the first to go. I have immense confidence in this team and in madridismo.”

Furthermore, the captain spoke about the current squad that Zinedine Zidane has at his disposal.

“To miss what you haven’t got or those who have been here but moved on isn’t fair on the team. We try to perform the best we possibly can with the players we have. The team is well crafted, we’ve known each other for many years and I don’t think now is the time to worry about that.” he concluded.