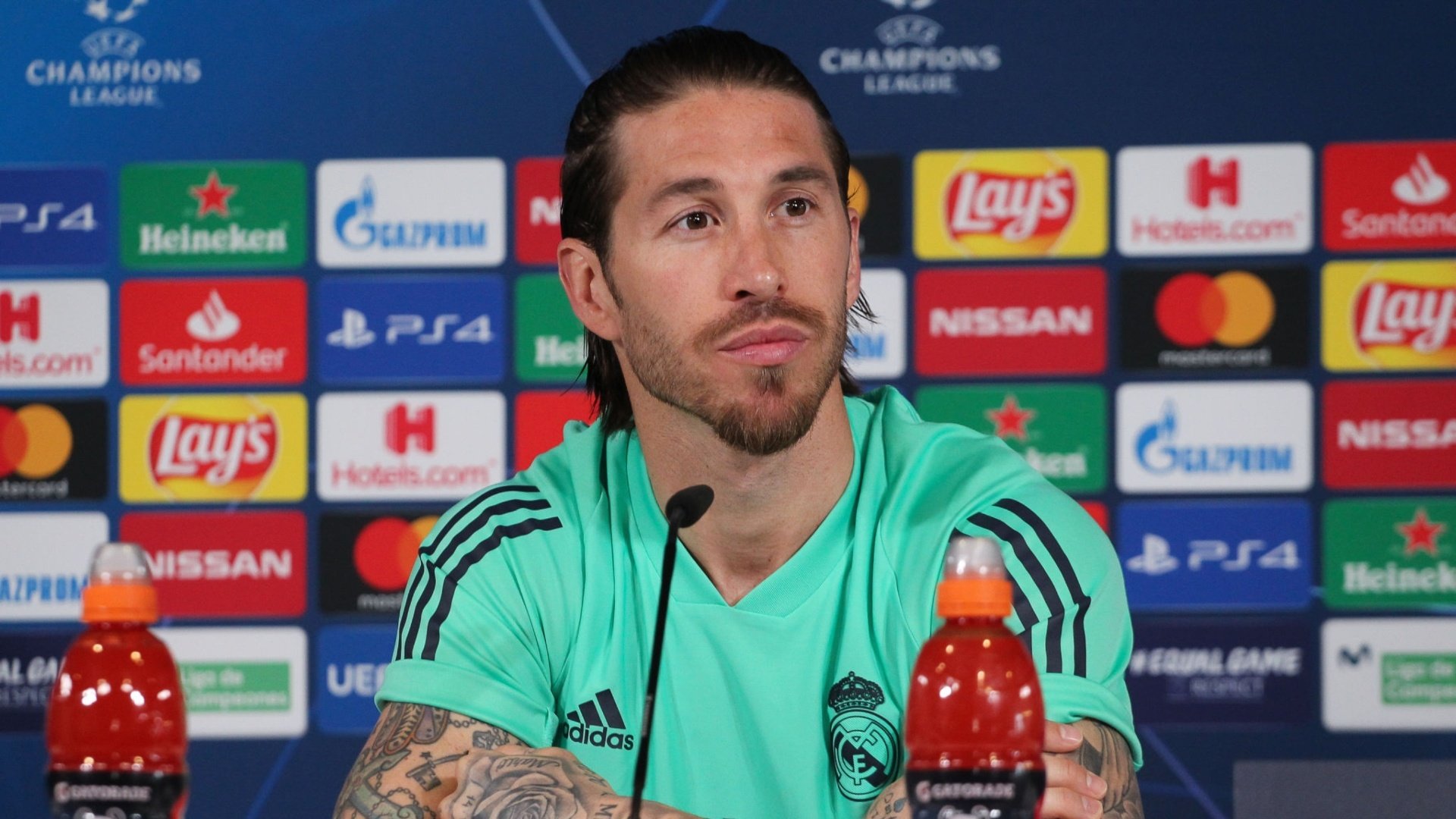 Real Madrid captain Sergio Ramos spoke at the press conference on the eve of the first leg of the Round of 16 of the UEFA Champions League against Manchester City, taking place on Wednesday 26 February at the Santiago Bernabéu (21:00 CET).

Here’s what he had to say:

“For better or worse, at the end of the day, football is about results. The team hasn’t changed much. We’ve lost a couple of games when we played well, last time out against Levante. The team put in a good performance, we did a lot right but we struggled in front of goal and you pay for that in football. That’s the disappointing thing. The team has kept working hard regardless of the results and that’s the only way to reach our objectives, which are not just about playing well, but also winning games. Morale is high in the team and we’re going to try and reflect that on the pitch.”

TALKING ON THE PITCH

“We want to get out and do our talking out on the pitch. This week is the moment of truth with the Champions League and the Clásico and we’ve got the ideal opportunity to take a crucial step, make a real statement of intent with a win, which is what we’re looking to achieve. We don’t have time to feel sorry for ourselves because we’re at a key point in the season, which means we have to keep working with the same hunger and desire. The results come when you keep working hard with that mentality.”

“I don’t know about harsh treatment. The refereeing philosophy in Europe is different to in Spain. It’s not better or worse, but perhaps just more permissive of certain things. I think I’ve worked on my relationship with referees in recent years. With the exception of the last game, which is something personal, I think I have a good relationship with the rest of the officials.”

“Everyone has an opinion, and it’s to be respected. We’ve come this far into the season and nobody’s spoken about lack of goals before. If the strikers weren’t scoring, those behind them have been. It’s not like we’ve lacked chances in recent games, we’ve just not turned them into goals. It’s a bit opportunistic to talk about a lack of goals now because we’ve had three or four below-par results. There’s still a long way to go this season and we’ll see if we can improve in front of goal but I think the team is doing a lot of things right.”

“I have a lot of respect for him. I think he’s a fantastic coach, with loads of experience, and his numbers speak for themselves. We’re motivated by the Champions League, regardless of the players or coaches who may have been rivals in the past. We’re up for the Champions League and our next task is to beat City. From a personal point of view, I’m just focused on making the next round.”

“Both the club and I are on excellent terms in every respect and we’re in no rush to sign a contract renewal. Neither from me, nor the club. We’ll come to an understanding with whatever the club wants. I’ve never demanded one, two or four years. I understand the club’s philosophy of offering one-year deals when players reach a certain age. They’re trying to create unrest where it doesn’t exist. Neither the club, nor myself feel the need to discuss a new contract at this stage. The most important thing is the Champions League and LaLiga, the two competitions we have to fight to win. I’m sure we’ll come to an agreement because if the club want me to continue, I will do so.”

“I’m not worried about being sanction. I don’t think I said anything out of order or showed a lack of respect to the referee. We live in a democracy where everyone is allowed to express whatever they want. I don’t think I went too far.”

“It’s not my place to judge as captain. We’re all old enough and good enough professionals to understand what we have to do and the team we represent. That’s what the gaffer is for, to make decisions. We’ve had some bad news about Hazard, who we all hope can get back as soon as possible because he’ll be a key player in the coming years. When the coach turns to any player, the best way to react is show him the strength in depth we have here, and that when he calls on any player, they’ll be ready. Competition is a good thing and let’s hope that’s the biggest problem Zidane has; choices to make, because we’re all ready to do our bit for the group.”

“We’re coming to a key spell because the margin for error is tiny and it can cost you a trophy at this stage. These circumstances and the pressure they bring make us different players. It’s a decisive week and that’s when you see what people are made of. It’s in our own hands and we have to do our talking on the pitch, not off it.”

“We’ll try and continue with the great run we had. We’d manage to keep it very tight between the lines and we were helping each other out diligently. We’ve highlighted that. It’s not a question of the defence. When the team wins, we all win, and we lose together as well. We want to get back to that defensive solidity that has taken us to where we are.”

“The greatness of this club lies in resetting yourself every year and you can’t be content with what you’ve won or achieved. You can’t feel sorry for yourself, there’s no time. You have to focus on the importance of this moment, which is a crucial time. You have to put any doubts out of your mind and step out on to the pitch with conviction, not letting the opposition get a hint of weakness or doubt off you.”

“We’ll try and finish the games off well before the closing stages. We have to look at ourselves and see where we can continue to improve. At the Bernabéu, the philosophy of that 90th minute creates an energy and a kind of magic which is hugely enjoyable to us. If we don’t experience that, then all the better, because it means we’ve got a good result. When results don’t go your way at home, you feel in debt to the fans. They’re used to seeing you win at home. This badge is its own pressure. It comes with being a Real Madrid player, that added pressure. That’s what makes you different, it’s what makes you great.”

“He knows better than anyone how to manage the game and the nerves in these type of fixtures. We’ll do our best not to get knocked out, and statistically these last few years have been great for us but we’re facing tough opposition. Zidane transmits a calmness to the group. We have to be ourselves and not be intimidated by anyone, regardless of who we’re up against.”