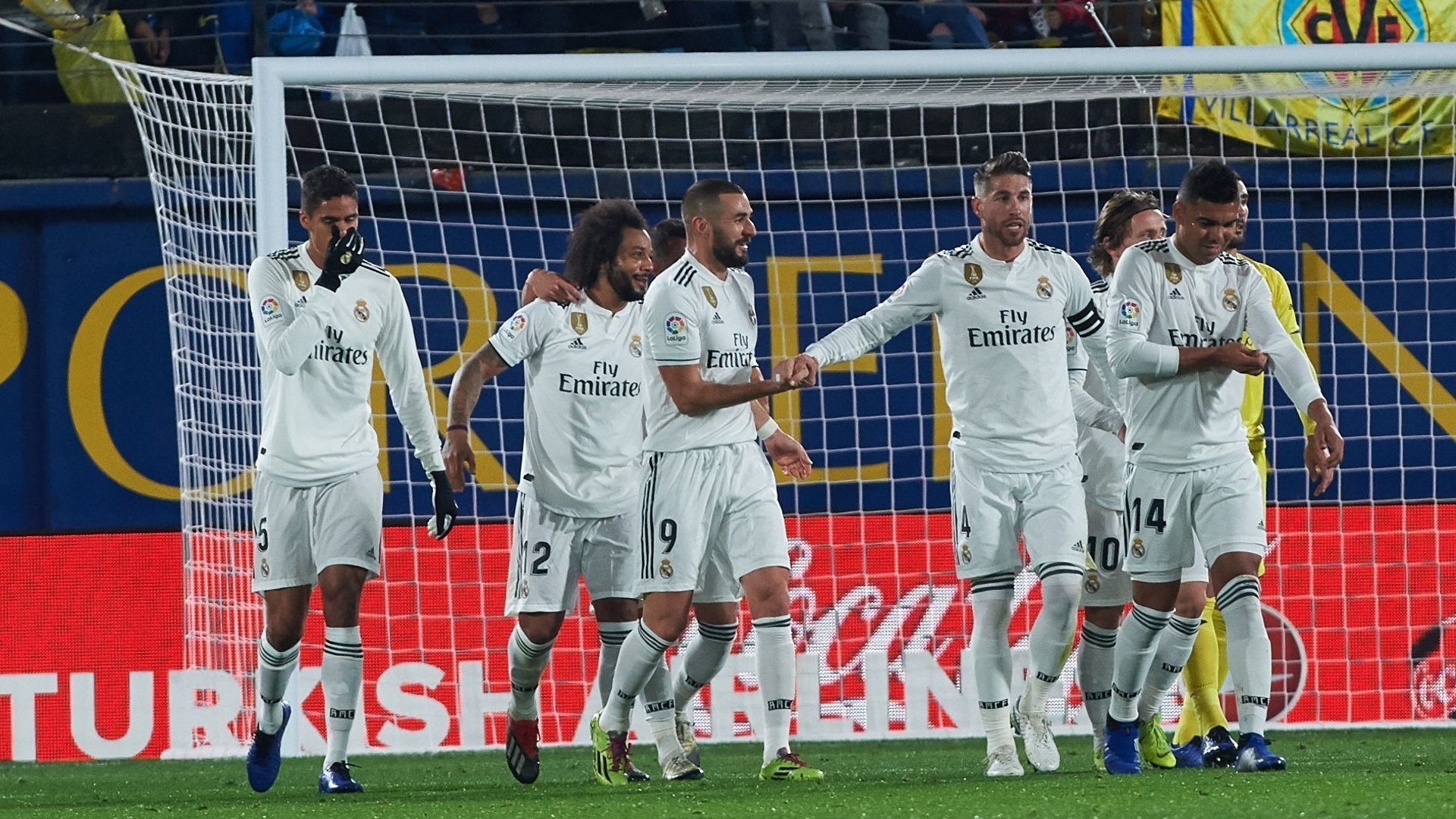 Real Madrid are traveling to Villarreal for what is set to be the last game for Keylor Navas as a Real Madrid player. The Costa Rican is, however, not expected to start ahead of Thibaut Courtois but his departure to PSG is all but confirmed. Real Madrid are looking to pick themselves up from the utterly disappointing draw against Valladolid in their home opener last weekend.

The sheer misery of continuous injuries has been mercilessly piled upon Real Madrid. It has almost become a trend that a player is getting injured when he is wanting to be on the pitch, the most. James Rodriguez is a prime example of this as he was eager to set the record straight with Zidane after his impressive performance against Valladolid. But the Colombian is going to be out of action for 2-3 weeks. On top of that, Isco who is another player in need of some redemption is out of this crucial La Liga fixture. Zidane is left with only a few attacking options for this game with Bale, Benzema, Lucas, Jovic, and Vinicius. Luka Modric makes a timely return after serving a one-match suspension, while Ferland Mendy also makes the squad after recovering from his injury. Here’s the 19-man squad:

What to Expect from Villarreal

Villarreal haven’t had the best start to their league campaign as they have only collected a point from their first two games. The Yellow Submarines were held to a thrilling 4-4 draw on the opening matchday against Granada and they lost away to Levante on matchday 2. But their poor form should not be an indication of what they can do against Madrid as La Cerámica can produce quite an intimidating atmosphere.

Javier Calleja fielded his XI with a double-pivot 4-2-3-1 formation in both the games so far. Moi Gomez has played on the wing and as a number 10 in these two games to illustrate his versatility on the pitch. Former Real Madrid defender Raul Albiol is a key figure at the Ceramica now as he partners-up with Pau Torres for the two center-back positions. Apart from this, Villareal have plenty of experience in their side in Santi Cazorla, Iborra, Gerard Moreno, and Carlos Bacca.

What to Expect from Real Madrid

Zidane’s options are limited in this game due to the absence of James, Isco, and Hazard. Luka Modric’s return means he will join Casemiro and Kroos in the middle of the pitch. Vinicius should regain his place on the left-wing while Benzema and Bale are two guaranteed starters at this stage. A classic 4-3-3 is more likely to be the chosen formation but given Madrid’s fragile defense, a return of the 3-5-2 formation is always a possibility with Zidane.

In their last game, Madrid severely lacked vision in the second half and resorted back to a crossing approach which did not work at all. Luka Jovic may be a surprise inclusion given his predatory instincts in the box if Zidane goes for a cross-based scheme for the whole 90 minutes. Real Madrid, as a team, have not been a pressing unit and have been out-pressed by the opponent numerous times. Toni Kroos remains the only recognized press-resistant player in the XI while Isco is sidelined.

Madrid’s defense has been lackluster and at times, straight-out clumsy in their decision making. These things must be rectified to some extent at least if Real Madrid want to gain any kind of lead over the other La Liga contenders.

The Spanish midfielder is an old-foe of Real Madrid. He has broken Madrid hearts time and time again with his persistence, free-kicks and gorgeous finishes in the past seasons. Cazorla would be interested to keep that streak alive. He has started his season in fine form as well as he scored on matchday 1 in that 4-4 draw against Granada.

The Frenchman is well and truly the talisman of Real Madrid in the post-Cristiano Ronaldo era. He has scored in both the matchdays so far and Real Madrid need him at his best in this hostile away fixture. All eyes on Big Benz, again!