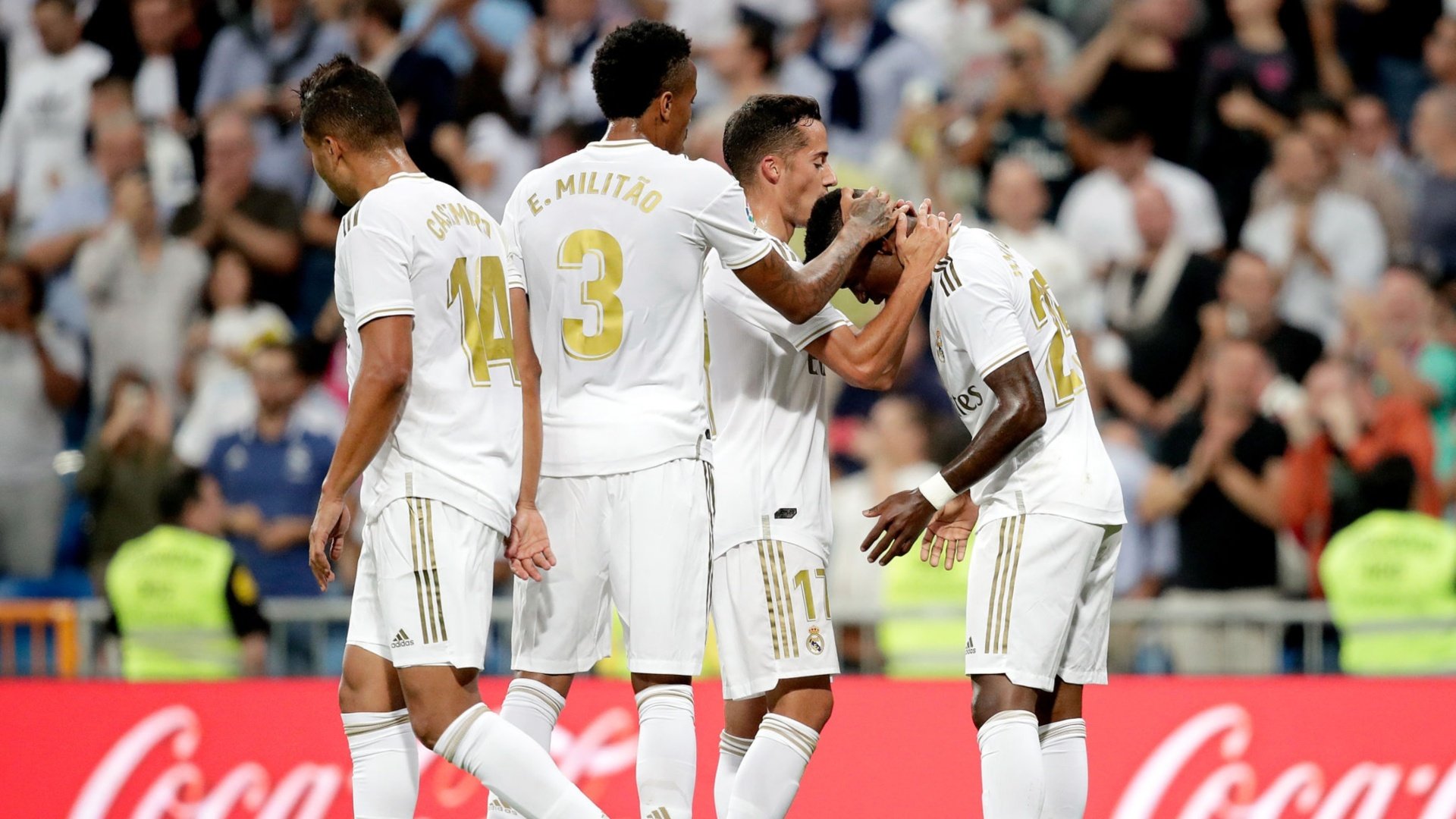 Real Madrid play in arguably the best stadium in the world with unparalleled sporting facilities. Their manager is a World Cup winner, a former FIFA World Player of the year and one of the greatest to have ever graced this game. But when it was decided that Real Madrid will have to play in a 3000-seated stadium that has rather poor pitch conditions, Real Madrid faced it with the utmost humility. Zidane himself led the humble response by saying all superstars once began from a poor pitch and he was no different in the early days of his playing career. The president of Unionistas’ Miguel Ángel Sandoval Herrero also voiced his gratitude towards this humble, professional and spirited response from Real Madrid. While this may turn out to be just another game for Real Madrid, for Unionistas de Salamanca, it is the game of their lives. It’s the day when Real Madrid comes to town with all their glory. Welcome to our preview for Real Madrid’s first Copa del Rey fixture of the season.

Broken but not lost

Unionistas de Salamanca Club de Fútbol was created by a group of fans after the dissolution of Unión Deportiva Salamanca, S.A.D., a formerly prominent sporting club of the region. Their fans just could not let their club get erased from the vicinity and hence they created Unionistas de Salamanca Club de Fútbol. They have come a long way since their inception in 2013. They started in the 6th division of Spanish football and have made their way up to the third division in the span of seven years. But come Wednesday, they have the biggest game in the history of their club on the cards.

Zidane’s 19-man traveling squad does not include Ramos, Kroos, Modric, Mariano, Rodrygo and Hazard. Odriozola is also omitted as he joined Bayern on loan. Bale and James are back in the squad. Zidane is expected to make some significant changes to their starting line-up. Here’s the full list:

This is game is a perfect opportunity for Zidane to give a few minutes to some players who are returning from lengthy injuries. Bale and James are two of them while Benzema got some game time against Sevilla on the weekend. Areola should start under the posts. Marcelo might start at left-back while midfield should comprise of Fede, James, and Isco. Initially, Jović, Bale, and Vinicius Jr. should start in attack but Benzema and Brahim may join later in the game. Madrid will play with a flexible formation and they’re expected to severely dominate possession.

Unionistas have mostly been operating with the 4-4-2 formation in their recent games but Roberto Aguirre has not been shy of using the 4-2-3-1 formation as well. It will be mostly a game of shutting shop for the home side as they will look to go on occasional breaks if Madrid loses the ball in dangerous areas of the pitch.

The Brazilian youngster is in desperate need to get back on the scoresheet.

“It’s an important competition and we’re ready for tomorrow’s game. We’re mentally prepared and we know where we’re going to play. Maybe for many, it’s like 10 or 15 years ago, but we’re ready.” – Zinedine Zidane.

“Once again, they have shown their greatness. That’s the mark of a big club; the fact that Real Madrid doesn’t have any problem coming to play at our stadium says a lot about them. They are used to large stadiums but also appreciate that the Copa del Rey also belongs to the humble clubs, the people who want to play in their own stadium.” – Miguel Angel Sandoval, Unionistas de Salamanca President.

Zidane: “Our destiny is in our own hands, it’s another final tomorrow”