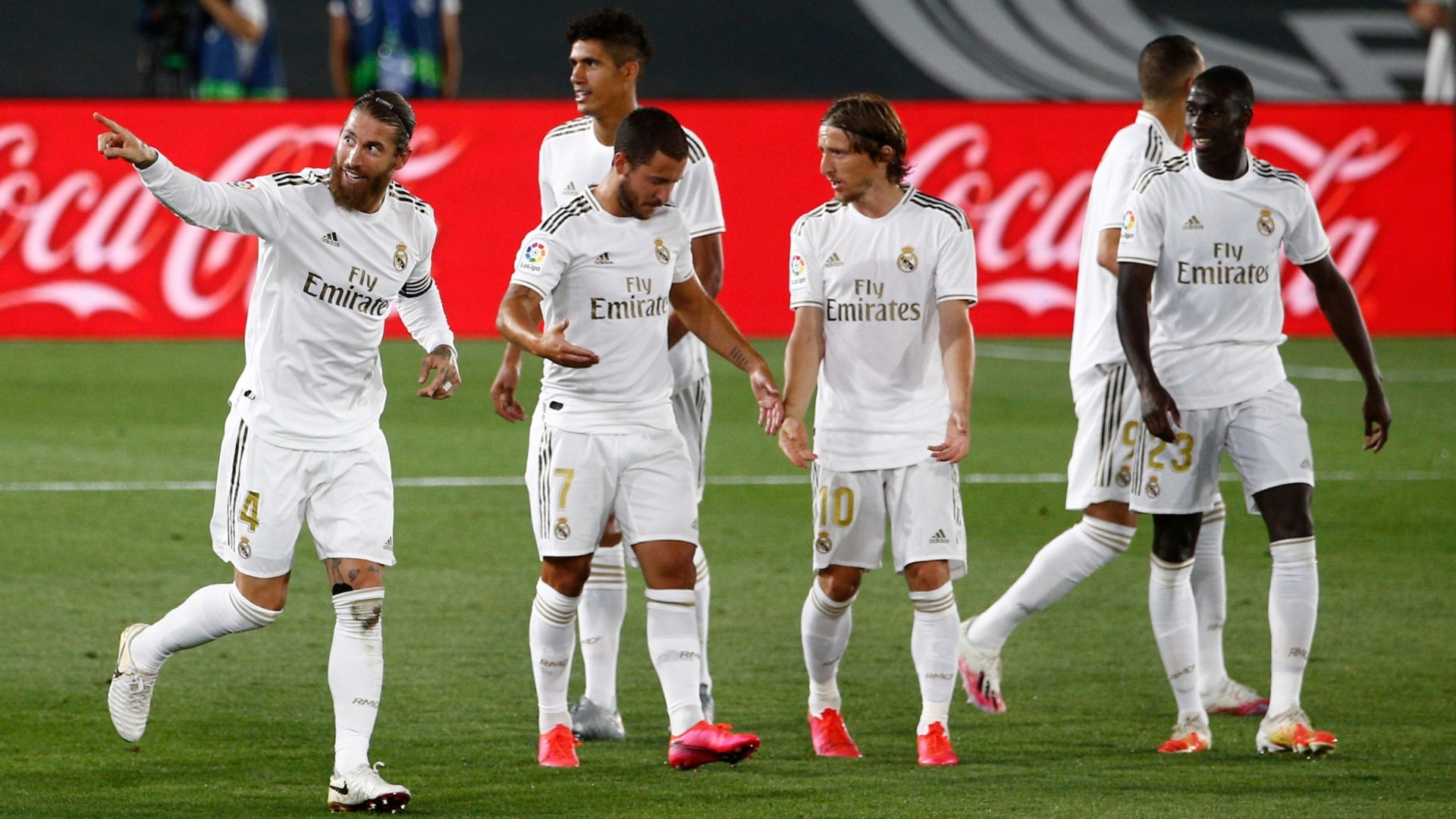 When Zinedine Zidane returned to Real Madrid for a second stint in March 2019, he inherited a side that was vastly different to the one he walked away from just 10 months before. It was a squad which appeared as if it had passed its peak, and it was without its talisman Cristiano Ronaldo too, who had left to join Juventus soon after Zidane decided to walk out. Pivotal players that remained didn’t look like the players they once were under the Frenchman, who five days prior to leaving the club, had guided them to third consecutive UEFA Champions League crown, and a ninth title in two and a half seasons of him being in charge.

His return was labelled a risk, a risk to his personal legacy, but he was coming back to save the club from the dark path they were headed towards, and now, almost 16 months to the day he returned, he’s now one step away from clinching an 11th crown as head coach at Madrid, and in the process, restoring Los Blancos as champions of La Liga for the first time since 2016-17 – the season he was in charge.

When Real host Villarreal later tonight, it’s a chance to clinch the club’s 34th league title, and a second trophy this season, while also still being alive in the Champions League. This is what he was brought back to do, and all season, it has been brewing. One of Zidane’s many qualities is getting the best out of his players, those same players who looked like their time at the top was done – Toni Kroos, Luka Modric, Sergio Ramos, Casemiro and Raphael Varane – just to name a few, have all been given a new lease of life by their coach, in a way which you could argue only Zidane knows how.

And yet there are still doubts regarding his managerial credentials. It has been a season in which he has had to rely on only one striker, without a right-wing starter, and without his major signing, Eden Hazard. Only one of the club’s summer signings have truly flourished and played a major role in this league campaign, and that was Ferland Mendy, a player who Zidane specifically requested. The others, excluding Hazard, may not be ‘Zidane signings’ per say. Nevertheless, last season, Madrid had conceded 32 goals in La Liga by the time Zidane took over from Santiago Solari, and in the 11 games Zidane oversaw at the back-end of that campaign, they conceded 14 goals. So, something had to be done.

Zidane recognised this, and focused on the defence in the 2019-20 season, and after a difficult start, conceding six times in the opening four games, they then kept 11 clean-sheets in their following 15 league contests. A huge improvement, which has carried over into the post-Covid resumption, seeing Madrid concede only three goals in their nine wins from nine outings. The test of breaking through Madrid is what awaits Villarreal tonight, a club which should theoretically, play into the host’s hands.

When games are tough for Real, it’s usually against teams who come to sit back, with a deep-block by design, that’s when Madrid find it tough to unlock the opposition. But today’s opponents won’t do that, I expect Villarreal to come out looking to win and play their natural game, which should ignite an end-to-end contest, one which isn’t cagey.

It’s all about the set-up, and the mentality of the visitors. Villarreal come into this vying for a UEFA Europa League spot, and currently occupy fifth, three points ahead of Getafe, who face Atletico Madrid. The Yellow Submarines might bank on Diego Simeone’s men getting the job done against Getafe, which would mean even a defeat to Madrid tonight, would leave them needing a point against Eibar on the final day to secure qualification. But the question is, do they put their faith in the hands of other teams, when they have the chance to seal their own fate? My guess is that coach Javier Calleja will go full strength, and field either a 4-4-2 or a 4-2-3-1. The aim of the game will likely be to overcrowd the midfield, to put pressure on the likes of Kroos and Casemiro, to then nick the ball to feed the pace of their forwards Samuel Chukwueze and Gerard Moreno. If Villarreal are to get something from this, Santi Carzola will need to put in a vintage performance, but will he be allowed to dictate proceedings?

For Madrid, I have no doubt Zidane will revert back to a traditional 4-3-3, using Eden Hazard from the outset, and Rodrygo Goes or Marco Asensio. He may even decide to play Fede Valverde on the right-wing for extra cover on the counter, although I anticipate Madrid going with a 4-3-3 with two natural wide-players accompanying Karim Benzema. The defensive structure and rigidness has been decisive for Los Merengues, there’s no doubt about it, Madrid are the team they are because of their defence, and they are one victory away from winning the title, because of their defence.

And despite being so close to silverware, there was a timely wake-up call for Madrid’s defensive unit from none other than their captain Sergio Ramos, who was fuming after they conceded a goal to set-up the nervy 2-1 win away at Granada on Monday:

“Without realising it, we made the mistake of letting our guard down after getting a scoreline which we would have been very happy with. But it wasn’t good enough and today you can’t be anyone unless you are fully focused for 90 minutes. We won the first half and lost the second and although we got the victory we did things we should never do, like conceding a cheap goal.”

I think this game has far too much riding on it from Madrid’s perspective, this is the moment they’ve worked for and would have been dreaming about throughout lockdown. I would be more worried if this was away from home against Villarreal, or in fact, against a side that likes to sit deep, which Villarreal won’t do. I think it suits Madrid well, and the fact that it’s on home soil is a huge advantage too. Real remain unbeaten at home this season, and although it wouldn’t be a surprise if Villarreal break that streak, I think Madrid are equipped both physically and mentally for this contest. Perhaps they won’t end with a clean-sheet, though I wouldn’t put it past them, but it’s a game they simply have to win, a game which I believe they’ll win by two clear goals, to clinch #34.