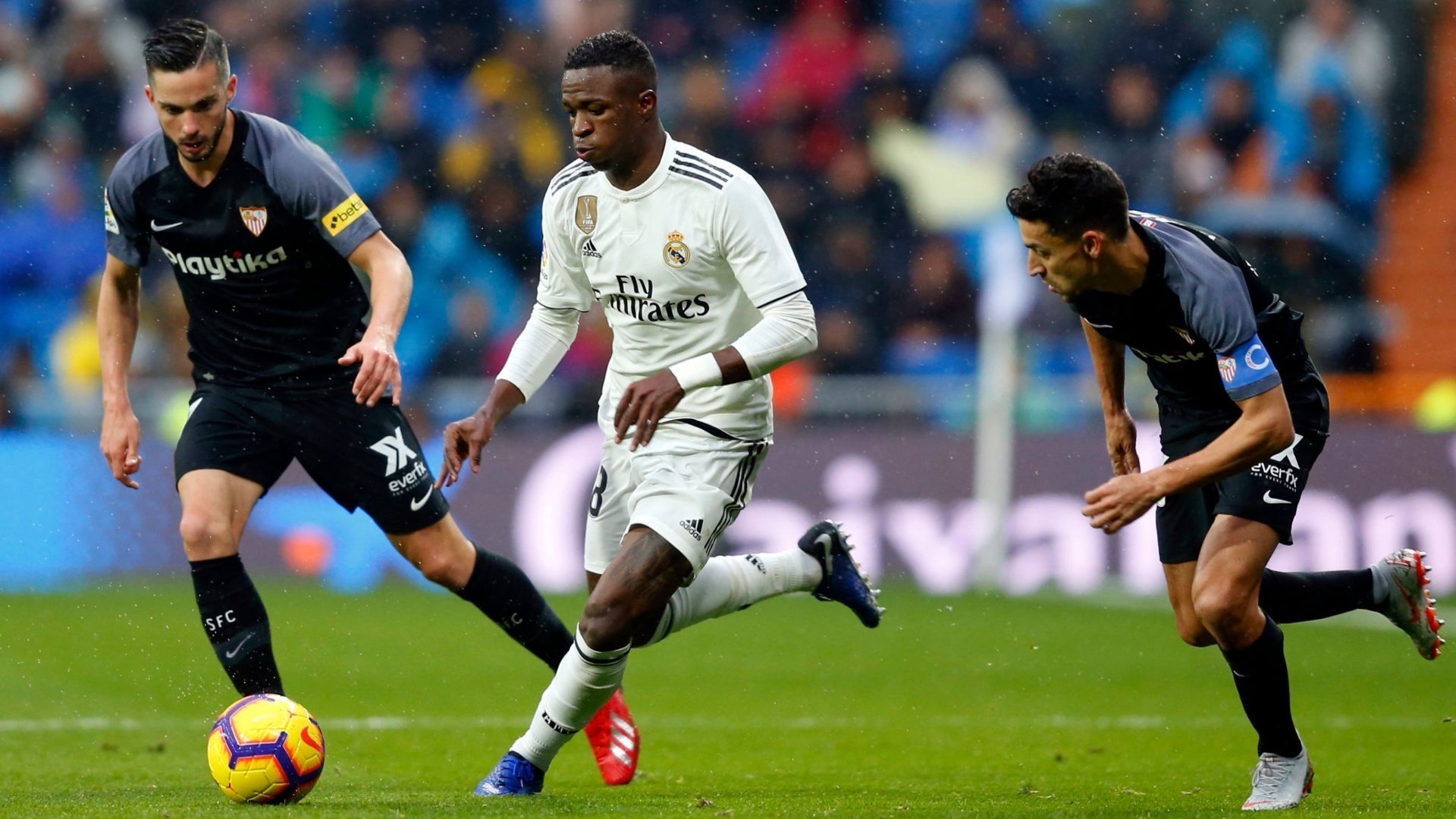 Real Madrid players will enter the Bernabéu pitch in the bright sunshine of the afternoon on Saturday while the Sevilla players will give them a guard of honor. Sevilla are honoring the Spanish Super Cup champions, just like Real Madrid honored Sevilla back in 2006 for winning the UEFA Cup. But when the referee will blow the whistle, there will be nothing really friendly about this game. Real Madrid have no room for errors despite being in good form in the Supercopa. This La Liga and this is where Zidane’s true interest lies in.

Julen Lopetegui was sacked within the first three months of his dream job at Real Madrid in 2018. Lopetegui’s successor – Solari was eventually replaced by Zidane. Real Madrid spent a horrible time under Lopetegui. They lost the UEFA Super cup and they went onto not scoring for a terrible streak of matches. Although he was a former Castilla player, it could be a hostile homecoming for him. But Zidane has ruled out that possibility, saying that the former manager should be welcomed gracefully.

Sergio Ramos was in a race against time to get fit for this home vs home game. Ramos is a man from Sevilla with his heart set on Madrid. But the captain wasn’t given medical clearance. Benzema comes back while Bale and James will be missing this fixture. Fede Valverde is also unavailable due to his suspension. Here’s Zidane’s 19 man list:

New recruit En-Nesyri has made it to the squad for the Real Madrid game. Here’s Sevilla’s traveling squad.

Zidane will have to go back to his old guard in the midfield since Valverde is suspended. Casemiro, Modric, Isco, and Kroos are expected to form a midfield quad with Benzema and Jović in front of them.

In defense, Militão will be the only change as he will replace Ramos. Mendy should keep his place ahead of Marcelo after a good run in the Supercopa.

Madrid will need to keep control of the game through their midfield. Sevilla is the best away team in La Liga this season, racking up 20 out of 30 possible points. It’s not going to be a straight forward fixture by any means.

After a disastrous professional year in 2018, Lopetegui came back rather strongly with Sevilla. His team actually was on top of the table before Real Madrid defeated them at the Ramon Sanchez Pizjuan. Possession, control, and exploiting the half-spaces with the utmost attention, these are keys to Lopetegui’s game. Their amazing away form shows the high confidence level of the team as well.

Lopetegui is expected to start with the traditional 4-3-3 formation. Banega will operate as the orchestrator in the middle. Madrid must keep an eye on their own boy – Sergio Reguilón as well.

The Real Madrid goalkeeper is thriving in the race for the Zamora trophy.

The Argentine veteran will be Sevilla’s key man in midfield.

“We must not change our mentality. We have to continue with what we’re doing, nothing is going to change because we won the Super Cup” – Zinedine Zidane.

“We’re not looking at the stats. The match will give us what we give to the match. We go into it with confidence, even though we know the difficulties Real Madridwill throw at us.” – Julen Lopetegui

Courtois: “It’s clear who the first choice goalkeeper is”