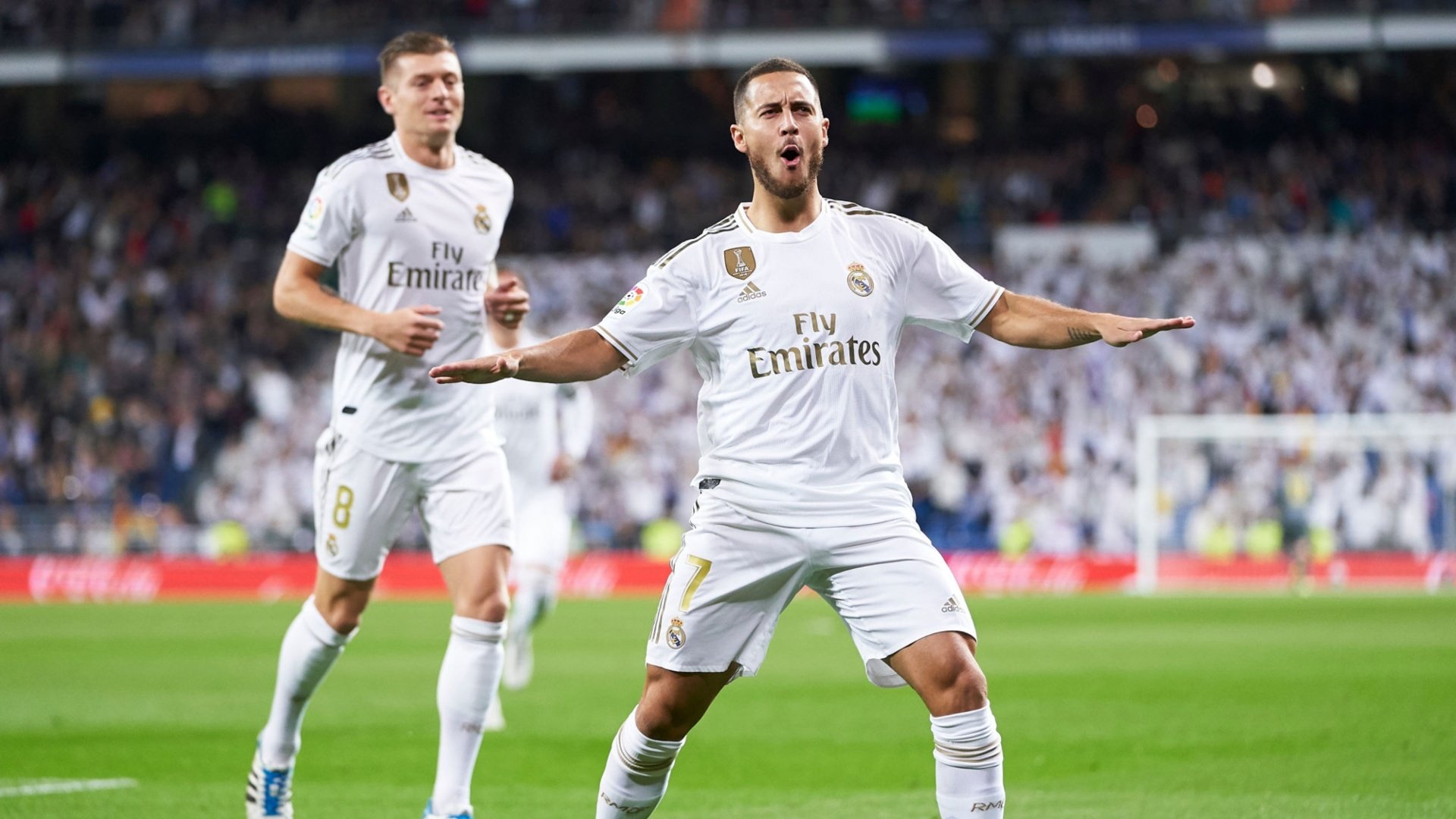 We are done with International Breaks until the first quarter of the new year and fans of European clubs couldn’t be happier. It cannot be said about Real Madrid fans though. Their team’s good run of form before the break has been soured by an utter sign of disrespect from Gareth Bale after his nation qualified for the Euro 2020. Zidane has tried to play down the incident and asked to keep the focus on football but fans are still fuming. Real Madrid will host Real Sociedad, a team with a La Liga revolution on their mind on Saturday evening. Sociedad’s immense charge in the league in 2019-20 has been spearheaded by a Madridista – Martin Ødegaard. Matchday 13 already has controversy, excitement and of course crucial points on the line. Welcome to the preview for a blockbuster weekend in La Liga.

Not an Ideal Homecoming

Gareth Bale laughed, sang and shouted while his countrymen held a flag saying, “Wales, Golf, Madrid. In that order”. A shameful, spiteful and more than anything, utterly disrespectful act from the Welshman towards the club that gave him four Champions League medals and a worldly star status from being a Premier League wonder boy. Publicly saying that a mere hobby is more important to someone than the biggest football institute of the world is downright confusing.

Bale constantly received encouragement from his teammates and manager in his difficult times and uncountable injuries. Some people were even sympathetic towards the potential mental health issues of the winger. But Gareth decided to throw all that out to say that golf takes precedence over Real Madrid, the 13 time European Champions in his book.

Zinedine Zidane spent almost the entire presser ahead of the Sociedad game, answering questions about Bale but unlike the player, the manager dealt with the situation with the utmost professionalism. He called for concentration towards the events on the field rather than off-field controversies, which Bale tends to create, every time he takes a trip to Britain.

Real Madrid fans are not absolutely sure how to feel about this. No fan who works five days to enjoy a game of their favorite team on the weekend would like to see their team insulted by their own player. Even if Bale starts, this is not an ideal come back to Madrid for him.

Real Madrid vs Real Sociedad at the Bernabéu is a fixture that might not have drawn so much interest a few seasons ago. But Martin Ødegaard has changed that in 2019-20. The men in blue and white have been a force to be reckoned with in La Liga this season and many are predicting that they will not let this season be a two-horse race between Real Madrid and Barcelona or Atletico and Barcelona.

Imanol Alguacil is an out and out Sociedad man having been a former player and academy coach for the Basque club. La Real’s heritage of producing and nurturing young talent for Spanish football is not something new. The likes Xabi Alonso and Antoine Griezmann have already walked the path that Martin Ødegaard is about to embark on. Everything seems to be coming together for Real Sociedad in 2019-20. They sit fifth on the La Liga table but only two points adrift from the leaders, having played one game more than Real Madrid and Barcelona.

Due to his Real Madrid connection, of course, there is added limelight on Ødegaard but do not think for a second there aren’t other players in their team who can inflict serious damage at the Bernabeu on Saturday. Willian Jose, Portu and Oyarzabal have ensembled enough firepower upfront for Ødegaard to use to the best of his ability and skill.

Zinedine Zidane has named a 19-man squad for this huge game. Bale has made a return to the matchday squad while James, Lucas, Nacho and Asensio miss out due to injuries. Vinicius, Brahim, Odriozola, and Mariano have been left out due to technical reasons. Here’s the full squad:

Imanol Alguacil has named an 18 man squad for the trip to Madrid. Here’s the squad:

The technical template has simplified for Zidane’s men due to their recent impressive performances. They will use a traditional 4-3-3 with eight players being untouchables in the starting XI. The only three positions that are not certain are the left-back, right central midfield and right-wing.

Luka Modric will battle with Valverde for a place in the midfield. Zidane has to choose either Bale or Rodrygo for the right-wing position while Marcelo and Mendy will fight it out for the left-back spot.

Imanol has used three formations in his last four games but the 4-1-4-1 formation seems to the more likely one against Los Blancos. Diego Llorente and Willian Jose will return to their former home along with Ødegaard for whom the Bernabéu isn’t a former home just yet.

Portu and Oyarzabal will operate from the wings while Ødegaard will control things from the middle of the pitch behind Willian Jose. Don’t forget, they also have the experience of Nacho Monreal at the back who has had a fine return to Spain after leaving Arsenal.

In the last 24 games between the two sides, Real Madrid have had the clear upper hand.

We are featuring Real Madrid’s talisman and primary moving force in attack- Karim Benzema as our player to watch in a Real Madrid jersey.

Interestingly, our featured Real Sociedad player for the match also belongs to Real Madrid. Martin Ødegaard is ready to dazzle the Bernabeu.

Jesus Gil Manzano, with plenty of big-match experience in Spain, will be in charge of things for the match.

“Gareth is an important player, he’s always proved it and he can be a decisive player again. If he’s okay and something doesn’t happen to him, he’s a very important player, he’s proved it. Everyone who’s injured is different, but when he’s well, and now he’s well, I’m going to count on him and you know it. I don’t know, I think he wants to play. We’ve got a lot of games to play, important ones too, and he’s going to be involved.” – Zinedine Zidane

More than an artist, Modric ranks among the best midfielders ever

Back in training to prepare for Villarreal