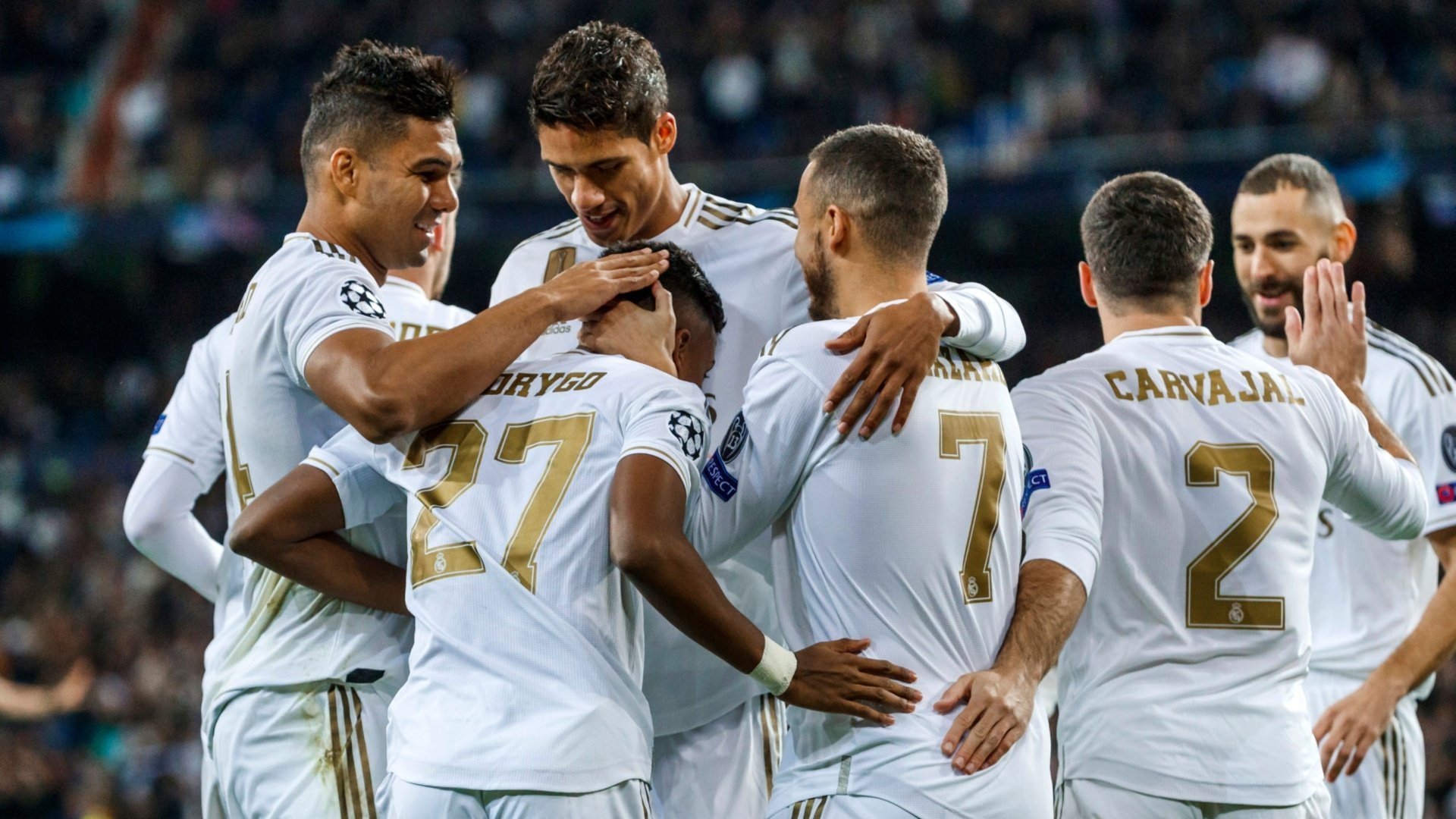 Real Madrid’s 3-0 thrashing at the Parc des Princes on Matchday 1 is still very much fresh in memory. Zinedine Zidane’s return to the UEFA Champions League as manager of Real Madrid was a bitter experience for Madridistas all around the world. About two months later, Real Madrid have improved a lot as a team but they are still not world-beaters at the moment. Domestically, Madrid are joint-leaders in La Liga but that does not tell the whole story. They have encountered a few banana-skins on the road and at home. Without those slip-ups, they could have been on top of the table with a comfortable cushion.

PSG, however, are already on top of Ligue 1 with an eight-point lead. The UEFA Champions League Matchday 5 is a mammoth fixture at the Bernabéu for Real Madrid. A win against the group leaders – PSG will confirm qualification to the next round whereas, anything but a win would be deemed as a disappointment. Welcome to our preview for a potential European classic.

Until it’s mathematically impossible, Real Madrid are never out of the Champions League. The huge win over Galatasaray on Matchday 4 has eased some of the nerves at the Bernabéu but that doesn’t mean Los Blancos are completely out of trouble. PSG vs Real Madrid in Paris was a matter of global attention as football hardly gets more glamourous than an affair between these two. Tuesday’s fixture at the cathedral of European football also fits the billing but this time it’s not just another big game for Real Madrid.

Real Madrid manager Zidane spoke to the press on Monday and Eden Hazard gave an interview to Le Parisien a day before that. Usually, there is a customary level of diplomacy in statements regarding the sentiment of the game. But neither Zidane nor Hazard seemed to be modest about the fact that Real Madrid are indeed looking to get one over the visitors from Paris.

PSG are also coming to the Bernabéu with a full-strength side comprising of the likes of Neymar, Mbappé, Cavani, Icardi and Di Maria. That is a lot of firepower to deal with but Madrid have conceded one goal in the last five games, that too was conceded because of a laughable mistake from Sergio Ramos.

Many are seeing this game as Mbappé’s Bernabéu audition. We’re saying the word ‘audition’, not in the sense that the 20-year old world cup winner has to prove something. The crowd would actually be more than happy if he has an off-day at the Bernabéu. But Zidane is constantly adding fuel to fire surrounding the French striker’s transfer speculations. The Madrid boss has paid absolutely no heed to PSG Sporting Director Leonardo’s displeasure regarding his remarks about Mbappé. Eden Hazard recently said, he would sign Mbappé within a day if he could. So, the friendly atmosphere around the two clubs is probably not going to last too long, at this rate.

At Last At Home

Keylor Navas and Angel Di Maria are coming back to the Bernabéu, but with PSG colors. The Costa Rican’s comeback would be particularly emotional as he has only switched sides recently. Real Madrid fans may not be very fond of the idea of Di Maria’s return. The Argentine winger has really good memories with the club but he has clearly moved on very far away from being a Madridista in his heart. His audacious celebrations against his former club irked the Madrid faithful on Matchday 1.

Zidane has recently maintained a consistent pattern of a 19-man squad for matchdays. Third choice goalie Altube is the one who misses out from the real action. Zidane’s 19-man squad for the PSG game doesn’t have many surprises as Vinicius Jr, Odriozola, Mariano, and Brahim has been left out for technical reasons apart from existing absences due to injuries. Here’s the list:

Thomas Tuchel has all his superstars at his disposal for this massive fixture unlike Matchday 1. PSG didn’t have any trouble to dismantle Madrid with a weaker side on paper in September and they would be hoping for a similar result this time as well with a strengthened roster. Here’s the traveling squad:

The phrase ‘more of the same’ is Zidane’s motto right now. Real Madrid have zipped up their defense, Casemiro and Valverde have swept any potential threat that has been trying to break the lines and Benzema has spearheaded the forward line along with Hazard and Rodrygo. Football is that simple sometimes even at the level of Real Madrid.

Zidane’s tactical scheme is pretty certain at the moment with his classic 4-3-3 formation but he still might have one or two selection headaches ahead of the game. Mendy did a tremendous job against Sociedad in defense but in a European game, Zidane might incline towards the flair of Marcelo.

Fede Valverde has been nothing less than a revolution to the almost-dead Real Madrid midfield but Luka Modric seems to have rejuvenated himself too. So a choice between these two to join forces with Casemiro and Kroos might give some food for Zizou’s thoughts.

The Bernabéu crowd reacted with whistles and jeers, every time Gareth Bale touched the ball after coming on as a substitute over the weekend. Starting him ahead of Rodrygo would result in souring the mood right from the beginning of the game and Zidane must be aware of it.

The Parisiens’ options upfront are simply frightening. Mauro Icardi has settled in very quickly at the club and he is in contention to become the permanent number 9 for the French Champions. Add Mbappé, Neymar and Di Maria to that equation and there is not a single defense in the world that wouldn’t be wary of this enormous challenge.

Tuchel will most likely go with a double pivot 4-2-3-1 with Gueye and Verratti in the middle. Di Maria will form the line behind Icardi with Neymar and Mbappé. PSG’s experienced defense pretty much picks themselves up by default.

Even with this line-up, they will have the likes of Cavani, Sarabia, and Draxler on the bench which truly makes them a daunting opponent at any given time.

In the last five official fixtures between the two sides, Real Madrid holds the upper hand.

Los Blancos also played PSG in a friendly game in 2016 where Paris won by 3-1.

Real Madrid’s primary French force on the pitch is destined to be their main man against the French Champions.

PSG’s is planning a future surrounding him but aren’t Real Madrid doing the same? Mbappé will be showered by the spotlight on Tuesday.

Artur Soares Dias from Portugal will be officiating in this game. He took charge of Madrid’s 0-3 defeat against CSKA Moscow, last season.

“We’ve changed and improved since that game, but it’s not going to be revenge. We want to show our quality, get a good result and continue with the consistency we’re showing in the LaLiga. We managed to score a lot of goals and not concede. We have a very good team in front of us and it’s going to be a very interesting game.”- Zinedine Zidane

“It’s a great match to play. It’s always a special event to play here at the Santiago Bernabéu. But there are only three points at stake. They’re the same three points as against Galatasaray and Bruges. It’s also perhaps the time to try some things, but decisions mustn’t be taking too hastily. We’ll have to think about it in order to make the best choices possible.” -Thomas Tuchel

Courtois & Jovic back training with the team