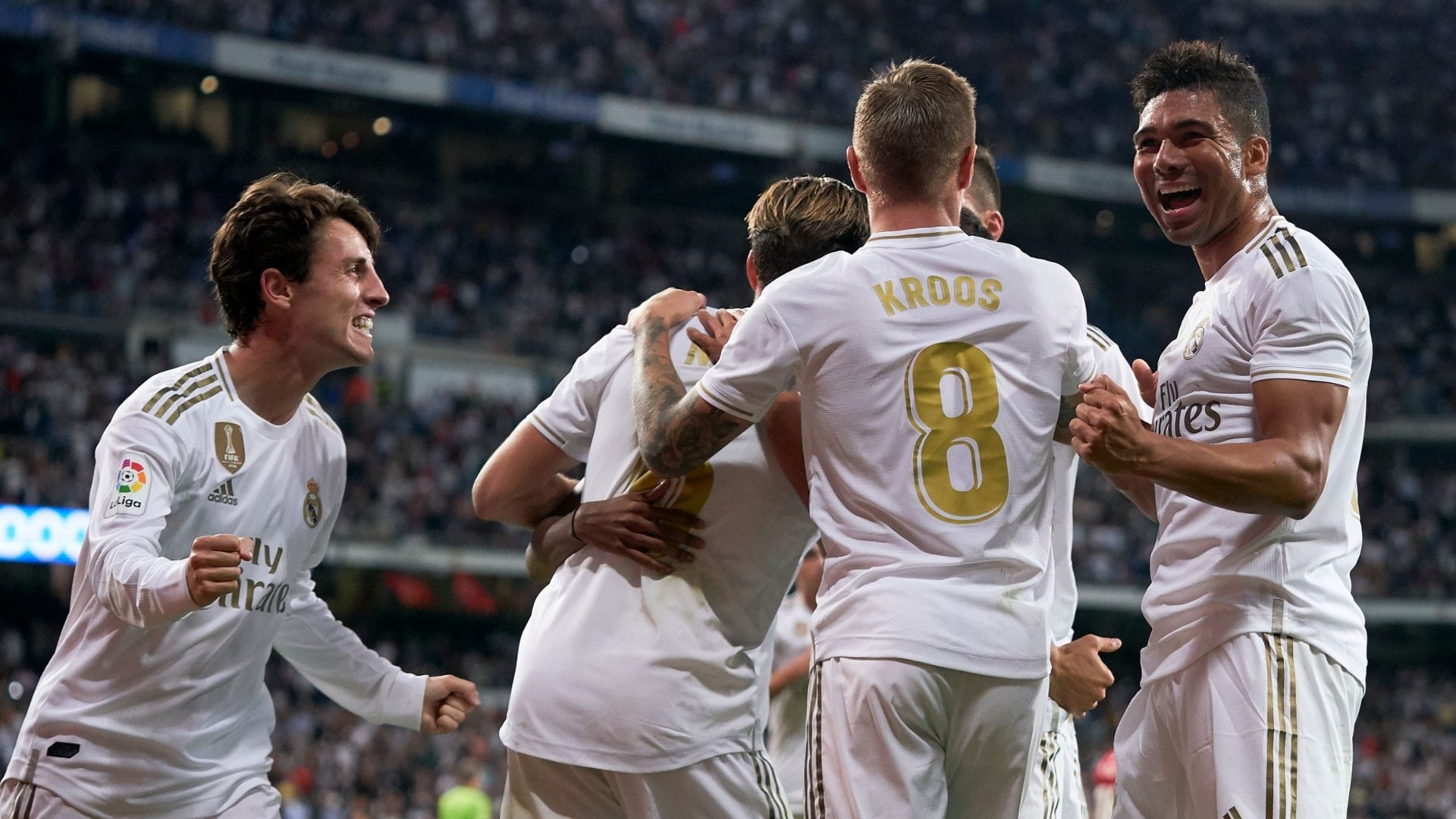 UEFA Champions League action returns to the Santiago Bernabéu for the first time since Real Madrid crashed out against Ajax, last season. Los Blancos have conceded seven goals in their last two Champions League matches, both without their captain, Sergio Ramos. The level of tolerance is extremely thin for Real Madrid when it comes to this particular competition and Zidane’s men will hit the Bernabeu pitch on Tuesday, eyeing nothing but a win against Belgian outfit Club Brugge.

Isco and Marcelo finally returned to the matchday squad after going through the rehabilitation of their respective injuries. Zidane has rested Gareth Bale and James to get the best out of them in the coming weeks. Mariano is expectantly left out but the exclusion of Odriozola and Brahim, once again, have surprised many. Among the Brazilian youngsters, Vinicius Jr. made it to the squad but Rodrygo missed out. Here’s Zidane’s 19-man squad for the game:

Philippe Clement has also announced a 19-man squad for their trip to the Spanish Capital. Here’s the list:

Zidane’s men haven’t conceded a goal in their last three games while allowing just one shot on goal during the course of these matches. So, the motivation would obviously be on another solid performance in defense.

Real Madrid’s big guns haven’t been firing on all cylinders. Only Karim Benzema has looked consistent in front of goal, whereas, Eden Hazard and Luka Jović are yet to score for Real Madrid. Hazard’s pre-match comments have hinted towards a more goal searching approach from the team in this game as the scoring rate remains an issue for Los Blancos.

Modric’s return and James’ absence means Zidane is most likely to go for a safe and sound 4-3-3 formation. Isco will get a few minutes in this as well but there is still a question mark over the choice of left-back for this game. Benzema and Hazard’s inclusion is basically an open secret but another man in attack could be Lucas Vazquez.

The Belgian visitors are also expected to field an XI with the 4-3-3 formation but it may slightly vary from Real Madrid’s version. Phillipe Clement fielded a side with the 4-1-2-3 formation in their last game but during the 2-1 win over Anderlecht, earlier, he used the 4-3-2-1 formation where Eder Balanta had a holding role.

A solid defensive performance is the least to expect from Brugge as they have only conceded two goals in their last six games in all competitions.

Real Madrid’s talisman fired a blank in the derby on Saturday but he would be eager to be on the scoresheet in this game.

Senegal International Diatta is an exciting young talent who can cause trouble from both wings. Real Madrid’s defense must cope with him to stay out of harm’s way.

“I know that people expect a lot from me, and I have to demonstrate my level on the field of play. People have seen everything I did in France, Belgium and Chelsea and now I have to prove my level and improve every day so that fans are proud of me.” – Eden Hazard

“There’s never a good time to be playing Real. A team with many individual qualities, so you know it’s going to be a tough one. You just have to accept that they’re better than us, but if we all do our job, play as a team and use our strengths in our fast players, we should be able to show something.” – Mignolet

BT Sports and DAZN will telecast the match live.

Casemiro: “At Real Madrid we all live and breathe the Champions League”