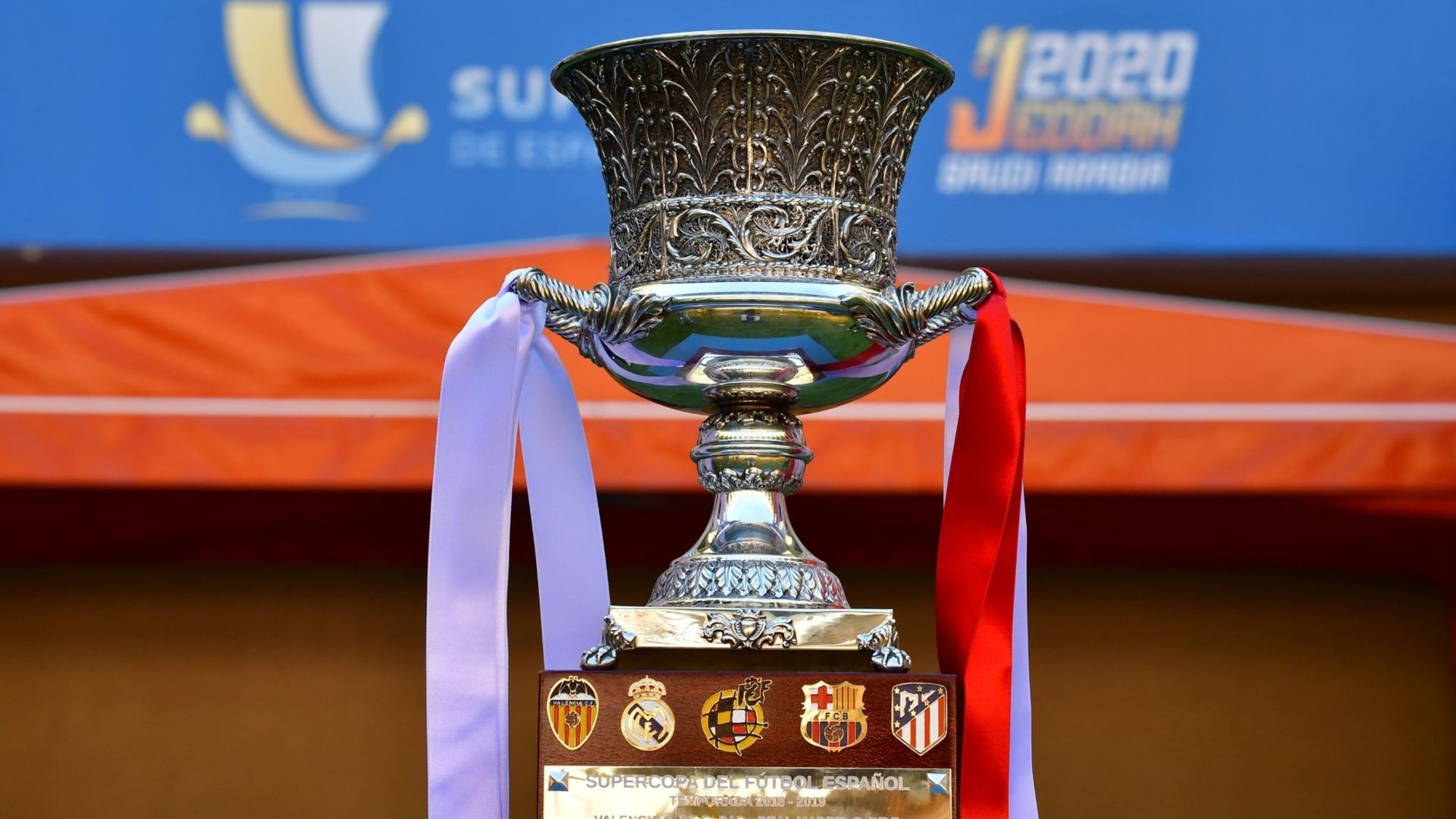 When was the last time Real Madrid played a final? Who were the opponents? Well, it was UEFA Super Cup and it was against Atlético. The 9-month long post-Zidane phase started with a humiliating defeat against Sunday’s opponents back in the summer of 2018. But here we are, again, playing in a final against the rivals across the town. Before we begin, please know that Zidane has never lost a final as Real Madrid’s manager and Real Madrid have lost both of their last two Super Cup ties (Supercopa 2014 and UEFA Super Cup 2018) against Simeone’s side. Everything points towards a cracker of a Madrid derby in Jeddah. Welcome to our preview for the Supercopa de España Final.

Antoine Griezman finally won a final against Real Madrid in Julen Lopetegui’s first match as Madrid manager. It was a disaster for the ages but Antoine moved on to Barcelona, next summer. The two life long rivals Real Madrid and Atlético have not moved on from their habit of playing finals against each other. The series of sheer emotional knock-out ties began in 2013 when Atlético stabbed Madrid in the heart at the Bernabéu to win the Copa del Rey in Jose Mourinho’s last match as manager. Real Madrid took the ultimate revenge next year by beating Atlético in the Champions League final. Atlético won the 2014 Supercopa over the two legs in the following season. Madrid won La Undécima in Milan against the same opponents. Atlético humiliated their city rivals in the 2018 UEFA Super Cup which was the most recent battle in the everlasting saga.

Under fire for his side’s domestic form, Simeone has once again bounced back, even if only temporarily, by beating Barcelona in the semi-final. Atlético’s season can get a real lift if they can do the same against Zinedine Zidane’s men. Zidane’s on the other hand, has sharpened his tactical aspect of management like never before. The final is the perfect place to put behind all the inconsistencies and stamp the authority of his game.

All Real Madrid players who traveled to Jeddah, are available for the final. Here’s the list:

Atlético have got a big blow ahead of the final as their captain Koke is unavailable for the game due to injury.

Zidane’s five-man midfield worked like magic against Valencia. It was so soothing to the eyes to see Madrid play with so much control in the midfield. Zidane said he will change things around in the final but that might just have been a diplomatic answer for the media. Against a defensive side like Atlético, who only rely on rare breaks and set pieces, the five-man midfield could be a vital tactical scheme.

Atlético’s defense cannot be broken even if you corner them into a low block in their own area. Their defensive lines are very difficult to breach and they have giant named Oblak at the end of it. So, Zidane could easily field his five midfielders again to assert dominance in the middle of the pitch. Especially, after the kind of performance Isco, Modric, Valverde, Casemiro, and Kroos put up in the semi-final, it will very difficult to drop any one of them.

Simeone will not give up his defensive blueprint for a game like this. Atlético have never changed their approach for these kinds of knockout fixtures. They will line up in a traditional 4-4-2 formation with two lines-of-four being deployed near their area at all times. Real Madrid would have to be patient as Atlético will be very underwhelming when it comes to controlling the tempo of the game. But they will not surrender easily. Juanfran, Godin and Filipe Luis are no longer around but Simeone has still managed to construct a decent defensive unit with Lodi, Trippier and Felipe.

Koke’s absence might open the door for Marcos Llorente, who left Real Madrid in search of playing time but he has hardly featured for this new side this season. Saul and Thomas will have to take extra responsibility in this game in their captain’s absence. Morata and Felix are expected to start in attack.

If Real Madrid want to keep up with Atlético’s strength and pressure in the midfield, Fede is going to be a vital player.

Under the shadows, Saúl does relentless work in Atlético’s midfield.

“I won’t tell you how we’re going to play, but the system is not the important thing, what we do when we have the ball is way more important. We have good things as a team and that’s all that matters.” – Zinedine Zidane

“There isn’t a more important game for Atlético de Madrid’s fans, players, directors, and coaches than this. We know Real Madrid very well. They have world-class players and a coach who’s a winner. Benzema, Bale, and Hazard aren’t here but nothing changed. We’ll need to find ways to attack them and hurt them” – Diego Simeone

Zidane: “I have no explanation for tonight”