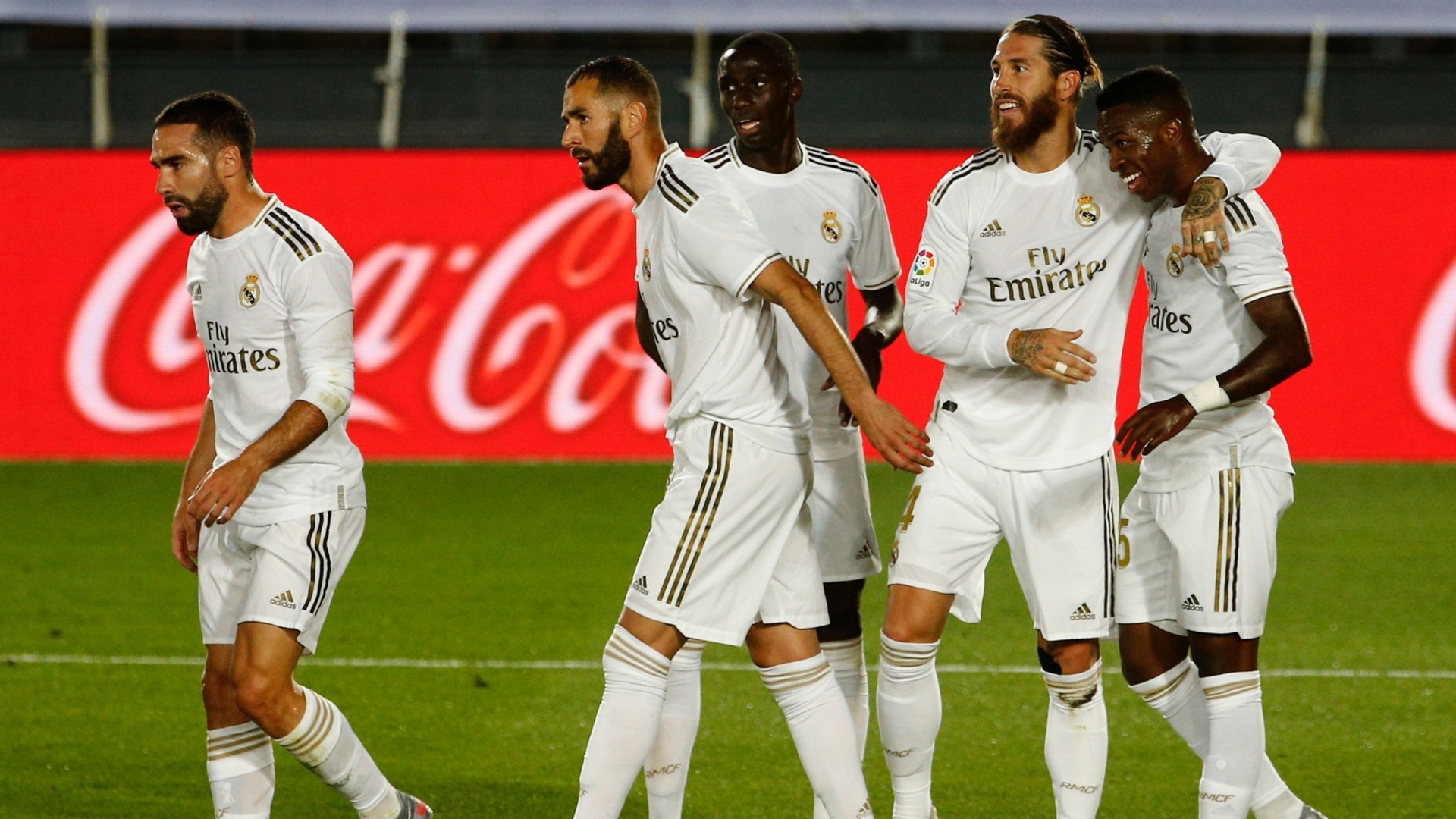 Real Madrid will be hoping to make it nine wins on the bounce as they travel to face Granada later this evening, knowing that a victory will put them three points away from La Liga title number 34.

The league leaders certainly flexed their muscles in phases during their 2-0 win over Deportivo Alaves on Friday, particularly at the beginning of the second half where they could have scored another couple of goals to really make their superiority evident.

Nevertheless, it was an important showing from Madrid, given that they were without suspended pair Sergio Ramos and Dani Carvajal, which ultimately served as a useful rest for both, ahead of a week which will decide where the league title ends up. But they come up against one of the in-form sides in the league, and that too on their own patch, so there is definitely potential for this one to be a banana-skin.

Granada didn’t resume their season as well as they would have hoped, with only one win coming in their opening five games, two of those being defeats. But since then, their last three games have included two wins, including a superb performance against Real Sociedad away from home, seeing them come out as 3-2 winners courtesy of an 88th minute Domingos Duarte strike.

The last time these two sides met was back in October, it was first against second in the standings, when Real marched into a 3-0 lead, but the theme of pre-Covid Madrid then struck, as the intensity dropped, allowing Granada a route back into the game with two unforced errors. That led to some nervy final moments before James Rodriguez eventually clinched the 4-2 win late-on.

Madrid will have to do their homework thoroughly, because at the Nuevo Estadio de Los Cármenes, the Andalusians shouldn’t be taken lightly at all, as Barcelona found out back in September. The Catalans were punished for their slow build-up and being sloppy in possession, against a side which typically is quick to pounce and usually feed off of these lapses in concentration. Fortunately, the one thing on Madrid’s side since the resumption is that they aren’t making these mistakes as often as they once were, and they’re defending as a unit, which has no doubt helped them with their five consecutive clean-sheets.

The battle I am keen to see is Granada’s full-backs against Madrid’s wingers, who I assume will be Eden Hazard and Vinicius Junior, but not in a 4-3-3, but I think Hazard will be given the free roaming role in a 4-4-2, so he’ll appear on the right, centrally and on the left on occasion, in a game in which I feel Zidane will go with something more similar to how they were set-up against Mallorca which worked like a treat.

Granada’s full-back pairing Carlos Neva and Victor Diaz pushed up really high against Barcelona, but against La Real in their most recent game, Diego Martinez decided to go with a back three with two wing-backs, which could imply he will do something similar again. Teams have struggled to cope with Madrid, particularly the acute triangles and combinations they play before breaking a line, which has often led to last-ditch tackles leading to a number of penalties in Madrid’s favour. To combat this, having a wing-back either side of the LCB and RCB, who can help out when Madrid players are overlapping, could prove to be a decent way of stopping the capital club. But if Granada do set-up like that, then it’s likely to be a ‘backs to the wall’ type of performance, and I frankly don’t see that being the approach, because Granada are three points adrift of a UEFA Europa League spot, so they’ll be looking for a win, which should allow Madrid to play their brand of football too, in a game which will hopefully have plenty of chances.

I think if Madrid were to win this, then you can essentially call them champions, that’s how important this game is. It’ll be a challenge, but I think with the return of Hazard, Ramos and Carvajal to the starting line-up, I think Zidane will probably throw-in another spanner into the works, to stun his opposite number, Martinez, by going for Isco and Hazard in the starting line-up, perhaps, and hopefully with, Vinicius too! And just as the case has been since the return from lockdown, I think Granada will find it difficult to open-up Los Blancos, but if there is a side that can frustrate Madrid’s back-four by circling around them and forcing them into making quick decisions, then that side is Granada. A fascinating 90 minutes awaits, I expect another two-goal margin win for Real.