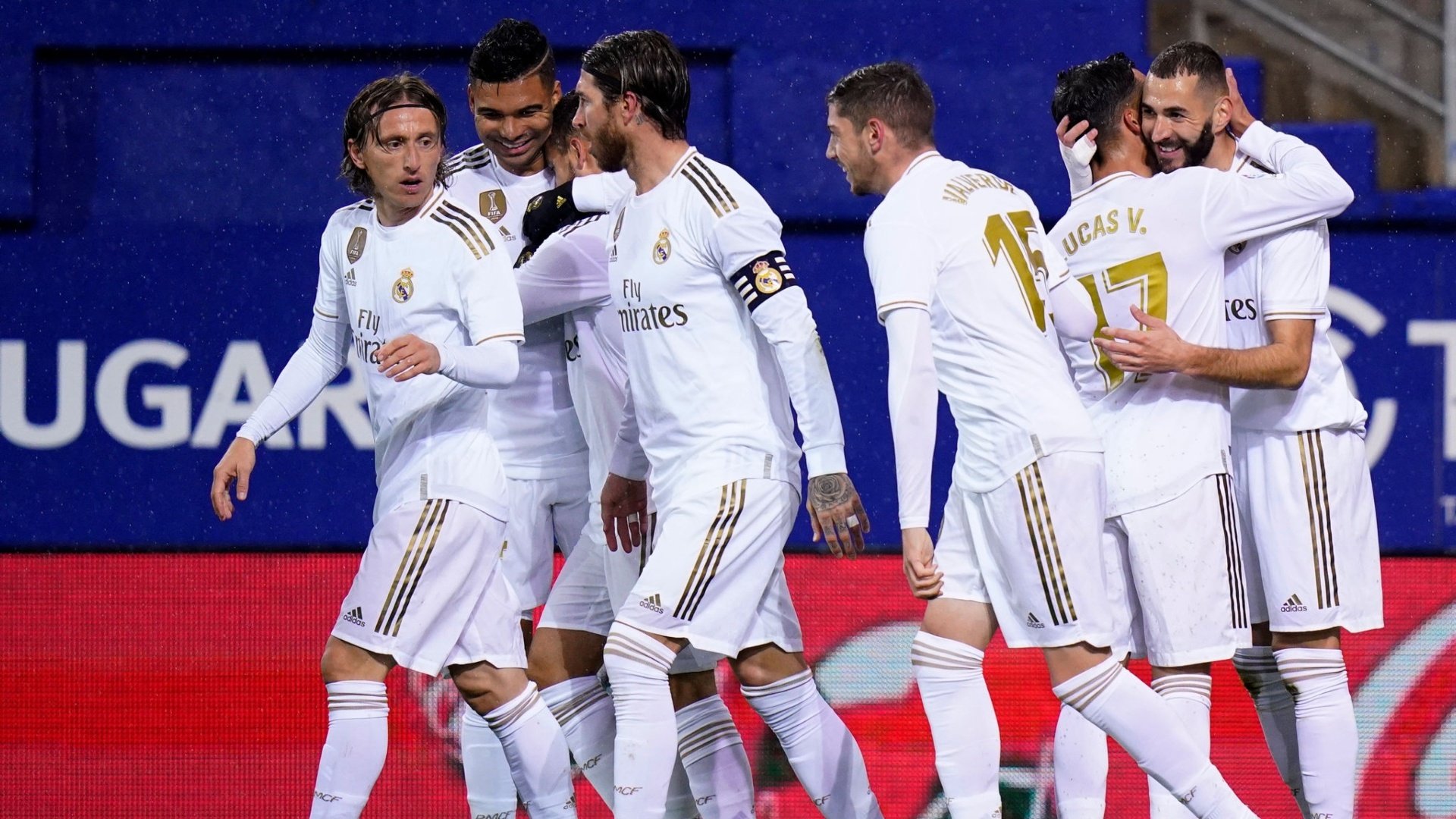 Real Madrid are back on the road, this time in La Liga after two home games on the trot against La Real and PSG. They are travelling to face Alavés to keep their joint-top position in La Liga intact along with Barcelona. Real Madrid are on the 2nd position on paper only due to the goal-difference but after the El Clásico, a lot may change in that regard. Let’s not get ahead of ourselves for now and let’s focus on Alavés. Here’s our complete match preview:

At the Rival’s Den

Deportivo is one of the proud Basque-country clubs who play in La Liga, staying true to their tradition and identity. Although they are La Liga rookies but the club was founded way back in 1921. They made a brief appearance in the first division of Spanish football from 1931-1933 and then spent the rest of the 20th century in lower divisions. They made a comeback to La Liga in 2016-17 and haven’t been relegated ever since. Against all odds, they made it to the Copa del Rey final in 2016-17 but fell short of the title against Barcelona. In the last three seasons they finished 9th, 14th and 11th in La Liga which is not bad at all considering the goals and resources of the club.

Deportivo Alavés and Real Madrid have shared plenty of players over the years. Former left-back Theo Hernandez was out on loan at Alavés, before Real Madrid poached him from Atletico. Marcos Llorente also burst into the scene at this club before coming back to Real Madrid and eventually making a switch across the town. Castilla products Burgui, Joselu, Pacheco and Javi Munoz, all represent the Alavés colors now. Zidane’s eldest son – Enzo also represented them briefly for the season of 2017-18.

Varane and Hazard have joined the injured absentees of Real Madrid with Lucas Vázquez, Nacho and Asensio. Nacho is on a comeback trail but still not fit enough to be included in a travelling squad. Varane got a minor knock against PSG and he has been rested to recover for a crucial month of December. Éder Militão will get his long overdue chance against Alavés on Saturday. Odriozola has been called upon after a long time and Vinicius Jr. has made a comeback to the 19-man squad as well after Hazard was sidelined for 10 days. Here’s the full list:

Real Madrid are in for a stern test in the early kick-off at the Mendizorrotza Stadium. Alavés have only conceded two goals at home in La Liga this season. They are 14th on the table with five wins so far but their defense at home has been remarkable. Fernando Pacheco, the former 3rd choice goalkeeper for Real Madrid is a vital name behind their good defensive record at home. Their two strikers: Joselu and former Arsenal man Lucas Pérez are also in excellent form having scored seven and six goals, respectively in La Liga so far.

Alavés manager Asier Garitano is a firm believer of the flat 4-4-2 formation with two center-forwards upfront. The ‘two lines of four’ allows them to be in shape off the ball. It also enables a better counter-pressing scheme for the men in blue and white. The Mendizorrotza stadium was recently recognised for the best grass in La Liga, which means they have beautiful playing surface for swift passing.

Real Madrid has a familiar rival in Aleix Vidal. The former Barcelona man is now designated to swirl storms through the Alavés right wing. Alavés will also try to make the best use of the experience of La Liga veteran Tomás Pina in the midfield.

Hazard’s injury has caused a little bit of concern in the Real Madrid selection process. This opens the door for Bale to return to the starting line up with Rodrygo also possibly making a comeback on the right-wing. However, all of this goes out of the window if Zidane starts with Isco as a number 10 once again on Saturday.

The Alavés game remains very much open to see if Zidane makes any drastic changes to the XI. The constant slip-ups earlier against relatively weaker opponents haven’t allowed Zidane to take a lead over Ernesto Valverde’s team. Now, there is not much room for experimenting for his B-team with a mammoth El Clásico in the Horizon.

There will be at least one change in defense as Militão will take over Varane’s spot. Mendy might also come in for Marcelo, who had a good game against PSG, especially on the offense. This could be the trend from Zidane, from here on, where he considers Marcelo only for specific games.

Real Madrid have a very difficult month ahead of them after the Alavés game with Brugge, Valencia and Barelona waiting to welcome the Los Blancos. So, we are eagerly waiting to see how Zidane’s manages the workload of his midfielders, starting from the Alavés match. Don’t forget Luka Jović still plays for Real Madrid! Under no circumstances, it will be wise to drop Benzema right now, but Jović also needs to feel important to the team if he is to thrive at the clutch period of the season later on.

Zidane also holds a clear upper hand against Garitano, having won five out of the six games against the Alavés manager.

Bale will finally able to play without whistles all around him as Real Madrid are playing away from home. Could this be a pathway back to form for the Welshman?

Seven goals in 14 games and add two assists on top of that. Lucas Pérez is in fine form and he could well give a headache to Ramos and co.

Guillermo Cuadra Fernandez will officiate in this early kick-off.

“We know who we’re up against and what Alavés has achieved, and continue to achieve this season, but we are also aware it’s a hugely important game and the only one we’re concerned with right now. It will be difficult, it’s a tough place to go and they’re strong opposition. We have to be ready from the first minute through to the last.” – Zinedine Zidane.