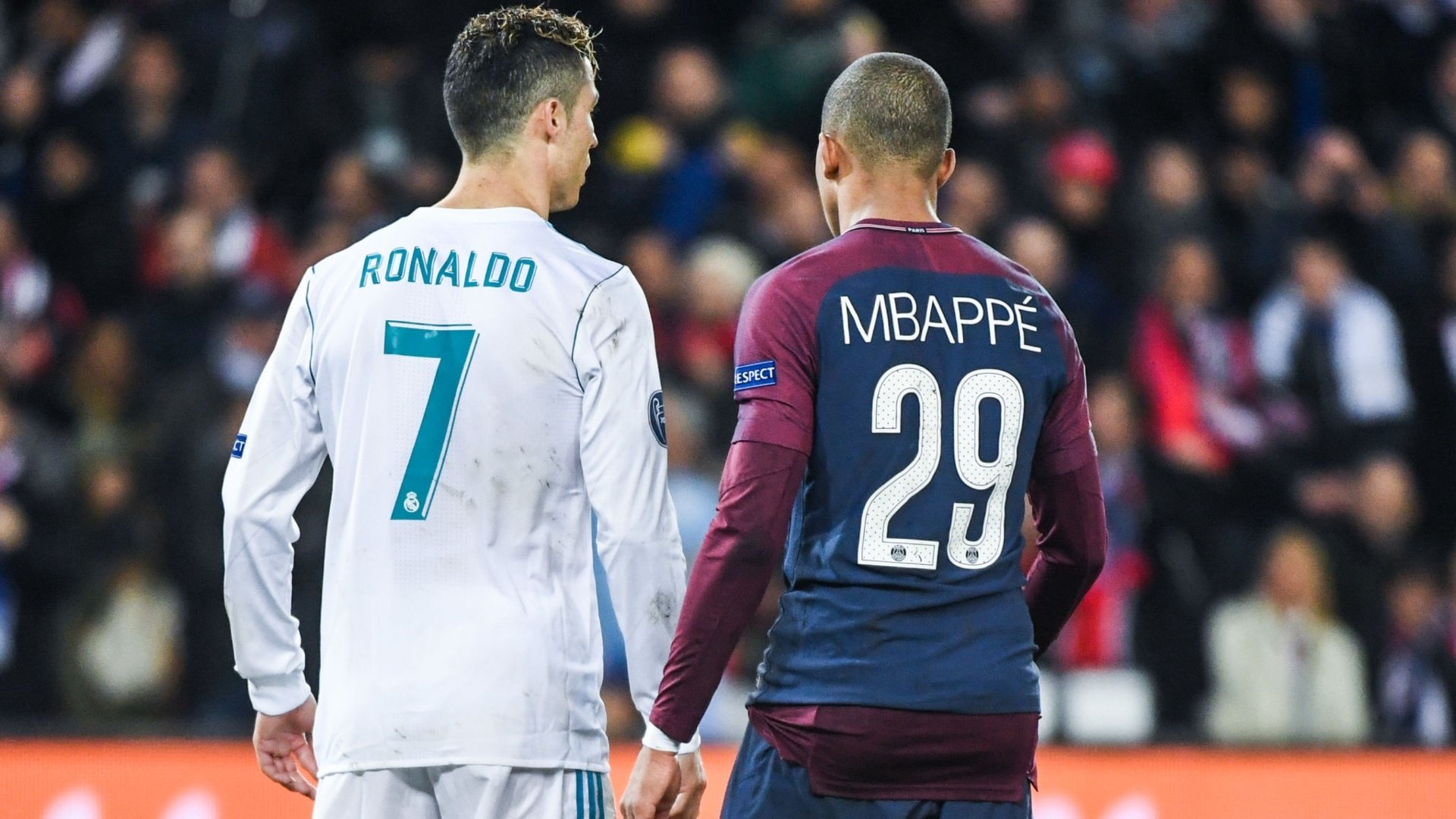 Something is missing at Real Madrid, perhaps it is a talisman, an aura. Perhaps it is more.

The last time a figure of this ilk was an obligation was back in 2009, when Florentino Perez returned to the club, promising to restore this institution back to the top of Europe. That year, the Spaniard, who was known for his Galactico policy, certainly delivered, landing an unprecedented amount of global superstars in one transfer window, all coming together as Real prepared the dawn of a new era. The player who defined that era was Cristiano Ronaldo. The bespectacled Perez stood there; side-by-side with Alfredo Di Stefano, in front of a packed Santiago Bernabeu, watching Cristiano perform the customary new-signing flicks and tricks, with stars in his eyes, knowing it was the start of something special. And indeed it was.

“Uno, dos, tres…Hala Madrid” screamed the then-world’s most expensive player. Nine years and 18 major titles later, still with all eyes focused on him, the Portuguese superstar screamed the same words again, the same chant, this time on a different podium, but there was a different feel to it. This was an emotional goodbye. Los Blancos had lost its identity in 2018, an identity for which in 2020, it still yearns.

Rewind 12 months from that poignant goodbye, and while Madrid were busy dominating Europe, an 18-year old was stealing the headlines. Cristiano was still delivering, of course he was, but there was already a sense that this teenager would be the rightful heir to his throne. A boy born in humble Bondy, Paris, was humbling giants in Europe with his unique set of attributes. If there was ever a time for Perez to react, in his infamous knee-jerky manner, it was to secure the services of Kylian Mbappé.

And he did just that, but as they say destinies are already written, this young star was determined to write his own fate. The boy who idolised the same Cristiano who Madrid’s success this past decade was riding upon, swiftly turned down the deal which had already been agreed, to instead continue his development elsewhere. “Real Madrid will wait for me…” were the words of Mbappé in 2017, revealed later by then-Monaco Vice-President Vadim Vasilyev.

Just as much as Madrid craved Cristiano, it similarly craves Mbappé. But while they wait, patiently, tactically, for the right time to pounce, Mbappé continues to illustrate a painful reminder of what could have been. Since his move to Paris Saint Germain, the Frenchman has 139 goals and assists in 120 games, while also being pivotal in guiding his nation to their FIFA World Cup triumph. Just as Les Bleus were pining for a spearhead since Zinedine Zidane’s retirement, Madrid as an institution aches for him too.

While they continue waiting for Mbappé to convey to the PSG supremo Nasser Al-Khelaifi that he wants the move, Madrid have wasted no time in attempting to build a foundation for their transition. The club’s new policy is in full flight, as the hoarding of the best talent on offer continues. Fifteen players under the age of 22 have been signed since being snubbed by Mbappé in 2017, as Madrid prepares for another decade of dominance. Players like Dayot Upamecano, Eduardo Camavinga, Erling Braut Haaland and Rayan Cherki continue to be monitored and linked with potential moves to the Bernabeu, but is this a system which works?

Indeed many would argue the success which Madrid experienced in the last decade was due to a transfer plan which saw the club target world class ready-made players, alongside a mixture of youth, for added depth. Right now, it appears Madrid have gone in the opposite direction, and it’s a risky methodology, especially considering they hit the sweet spot with the system which earned them four UEFA Champions League titles between 2013 and 2018. So why the need for a change?

Zidane’s future will always be up in the air and will always be a debate, the man himself will be the first to tell you that, he knows how this club works, he knows how quickly his fate can change. But while the legendary midfielder is still head coach, Perez needs to use Zidane’s aura to attract players to continue putting together the pieces of this transition. The same applies for Juni Calafat, the man responsible for bringing Casemiro, Eder Militao, Vinicius Junior, Rodrygo Goes and Reinier Jesus to the club. Calafat will continue excelling at his job, and you should be in no doubt that Madrid will continue to attract and purchase talented youngsters. This is the new model, and it is time to accept it, however, the model should not mean the club turns a blind eye to ready-made players. This is where the frictions between Zidane and Perez are likely to be growing with each passing day, and the Frenchman’s exit will only hasten if certain targets aren’t bought this summer.

Which brings me onto Mino Raiola, and the start of a potentially beautiful relationship. In the last month, reports in Spain have suggested Madrid’s General Director – Jose Angel Sanchez – has been in touch with the super-agent. The pair reportedly discuss football and the Italian confessed his admiration for Sanchez, as the club attempt to heal past wounds and disagreements with Raiola. In his interview with MARCA in March, Raiola revealed his plans: “I definitely want to take a great player to Real Madrid, and I will try to do so this summer.”

Madrid have four positions which need urgent to mid-urgent attention. Before the start of the 2022-23 season, also marking half-a-decade since Cristiano will have left, should ideally be when the transition is complete. Before then, I expect Madrid to have new faces at center-back, midfield, right-wing and a number-nine. Raiola can solve three of those positions himself.

The chance to have ‘first-refusal’ on players like Matthijs de Ligt and Haaland is simply an opportunity Madrid cannot afford to pass up on, especially in financially challenging times like the present. The last thing Perez will want to do is to enter a bidding war with the likes of Barcelona, PSG, Juventus, Manchester City or Manchester United, so ironing out the bitter past that they have had with Raiola, should be a professional decision of the utmost importance. The most urgent of Raiola’s clients, and Zidane’s biggest wish for the summer of 2020, is Manchester United midfielder Paul Pogba.

If Luka Modric is indeed leaving, and Martin Ødegaard opts to stay at Real Sociedad for a further season, Madrid need to invest in a world class midfielder of Pogba’s quality, skill-set and versatility, instead of opting for the cheaper and younger duo of Donny van de Beek or Fabian Ruiz. There comes a point when investing in youngsters becomes over-investing, and Madrid is a club that needs to be competing for three titles every single season. To be content with the approach it has taken since Cristiano’s departure is unacceptable for a club of this magnitude, and for as long as this continues, Madrid will continue to underachieve.

The upcoming transfer window is likely to be marred with financial complications, but Madrid shouldn’t face as many difficulties as their major La Liga and European rivals. It is because the club is in a financially sound position, proven by their handling of the Covid-19 related monetary decisions. Unlike other clubs, Madrid haven’t furloughed their staff, and came to a professional and morally correct agreement with the Football and Basketball players to voluntarily reduce their remuneration for this year by between 10 and 20%.

In fact, if you compare Madrid’s last five years – both in the summer and winter transfer windows – to perennial rivals Barcelona’s business over the same amount of time, you’ll see how remarkably well Madrid’s board have done financially. This has left the squad and the talent pool available in a far superior shape to that of the Catalan side’s – who aren’t well prepared for life after Lionel Messi:

With bumper financial deals in place with Adidas, Fly Emirates et al, and the revenue expected to come in from the Santiago Bernabeu remodelling, Perez and his tight handling of finances has placed the club in a healthy position, but for how long can he let the on-pitch mediocrity go on?

Zidane wasn’t brought back to babysit some of the finest young talents around the globe, he was brought back to lead the transition on his own terms, having been promised certain signings. If the club has enough funds for Camavinga and Van de Beek – likely to be both around the €50-60m mark – then there is no reason for why the excuse should be financial for when Zidane doesn’t get Pogba, who will likely be available for €100-120m this summer. It quite simply becomes an argument of Perez unwilling to swallow his pride.

Over the past decade, the board undoubtedly made some incredible signings at the right moments, all coming together to support and build around Cristiano, who in the end, delivered. But worryingly, right now, it doesn’t seem to be heading in that direction. And perhaps this stubbornness, or deliberate lack of flexibility from Perez could hurt his precious club in the immediate to long-term, even if the poster boy for the new regime was to arrive as expected in 2021.

It’s a policy which needs fine-tuning, and quickly, as destiny and Cristiano’s heir awaits his stage.

New Season: 3 Things to be excited for